Switching to a quality LED is a super-easy way to reduce your carbon footprint and increase the sustainability of your home. Although the upfront cost may be more expensive than traditional lighting, you’ll quickly see your energy bills decrease (often with a payback of just a few months!) with the many advantages we’re about to delve into.

But before we start comparing, let’s identify the key difference between the different types of lights.

What is an LED?

Let’s start at the beginning. LED stands for ‘light emitting diode’. Simply put, it’s a semiconductor device that emits light when an electric current passes through it.

What are incandescent and halogen?

In an incandescent bulb, rather than a semiconductor, electricity flows through a thin filament wire, heating it until it glows. However, only 10% of that energy is converted into light, the other 90% is heat, thus wasted energy.

Halogen bulbs work similarly to incandescent as they both use filament wire, but the halogen gas mixes with vapour from the filament and deposits it back onto the filament instead, creating light. However, halogen bulbs have been banned by the EU so once stock runs out, you can’t buy anymore.

What is a compact fluorescent lamp (CFL)?

CFLs use neither a filament nor a semiconductor. Instead, they work by an electric current used to excite gases within the bulb, causing a phosphorous coating on the inside of the bulb to glow and emit light.

How does LED lighting help the environment?

Lighting accounts for nearly 5% of all global CO2 emissions but you can help save the planet with a flick of the switch! The key advantage of an LED is that it uses less energy, which can reduce your carbon footprint by up to 85% (and your bills).

Switching to LED with our tried and tested home lighting range could reduce your energy consumption and bills even further, by up to 90%, meaning the purchase costs will be repaid over and over again. So, let’s get into the fun stuff and find out how!

LEDs only waste 5% of energy as heat compared to incandescent which wastes 90% of energy. Not only is this safer as you’ll have less chance of burning yourself. But less wasted energy means you’ll be saving money and reducing CO2 too.

A quality LED will last considerably longer than a traditional bulb. For example, one of our B22 light bulbs will last up to 15,000 hours, more than double a halogen bulb that has a lifespan of 2,000-6,000 hours.

Although other energy efficient light bulbs like compact fluorescent lights (CFL) are better than traditional lighting, even they only last 8,000 hours. A longer life span means you’ll need to buy fewer replacements, saving you money and reducing greenhouse gas emissions.

LEDs are measured in both watts and lumens. Watts measure power but lumens measure how bright the light is (the higher the lumen, the brighter the light). This is because an LED requires less power to emit the same light as an incandescent that uses more power.

For example, our Philips MASTER 6W LED bulb can emit the same amount of light as a 50W incandescent bulb (and save you up to 85% of energy). Like we always say here at SaveMoneyCutCarbon, less is more! The less power needed, coupled with a longer lifespan means less energy and less money – a win-win!

What are the advantages of LEDs?

Although CFLs are more energy efficient than traditional lights, they contain mercury which the World Health Organisation has labelled as “one of the 10 groups of chemicals of major public health concern”. LED’s don’t contain mercury, making it a far safer option.

Traditional bulbs emit light in all directions at 360 degrees, even in places where it isn’t really needed (like the ceiling) whereas LEDs emit light at 180 degrees, meaning that no energy will be wasted. As we keep discovering, this will reduce your energy usage and electricity bill.

Some LEDs can be dimmed

Although more light distribution is great, sometimes you’ll want a fainter light at home. Luckily, some LEDs have dimming features. Although these tend to be more expensive as the bulbs require additional components, they do use less energy when dimmed.

LEDs have different colour tones to choose from, which is ideal for the different light settings you’ll want in each room: warm white, white, or cool white. Incandescent bulbs often require other gels or filters to change colour which fades over time. LEDs on the other hand, already have the ability to create different shades of light in the diode, meaning that it won’t fade.

Colour temperature is measured in kelvins, the lower the kelvin figure, the warmer the shade of light. This is a really important factor to consider in your home as many studies have shown that lighting can affect your well-being! With all that in mind, we’ve made it super easy to find the perfect lighting for each room in your house.

How much could LEDs save me?

Good question! According to Which?, a single LED bulb could save you more than £180 in energy use over its lifespan, compared to a traditional incandescent bulb. Halogen needs more energy than LEDs to produce the same amount of light, costing roughly £8.42 a year. Due to their low lifespan, you’re not likely to get your money back before it’s time to buy another one. Although CFLs are four times more efficient than halogen and only cost £2.04 per year, most LEDs use 90% less energy and can last for up to 25 years.

How do I choose the best LED light?

As we covered earlier, the two main things you should be looking for are lumens (how bright the light will be) and kelvins (the warmth of the colour). The watts will also tell you how much power it will use, but as they’re all pretty low – it’s not a huge factor! Lighting has the power to change the atmosphere in a room, so it’s super important that you’re choosing the right lighting to keep your home happy. As each room in our homes are used differently, there are various LEDs to choose from.

When choosing an LED there are five main questions to ask yourself:

Our LED lighting range allows you to browse by fitting, room and usage so finding the perfect one couldn’t be easier. For more guidance on which LEDs you should choose for your home, read our article that breaks it down room by room.

To sum it up, LEDs are the most energy-efficient lightbulbs on the market. Our quality range has been tried and tested by our team and we can confirm, they definitely make a happier home, wallet and planet.

Now that you’re an LED pro, browse our new LED lighting range and get switching today. 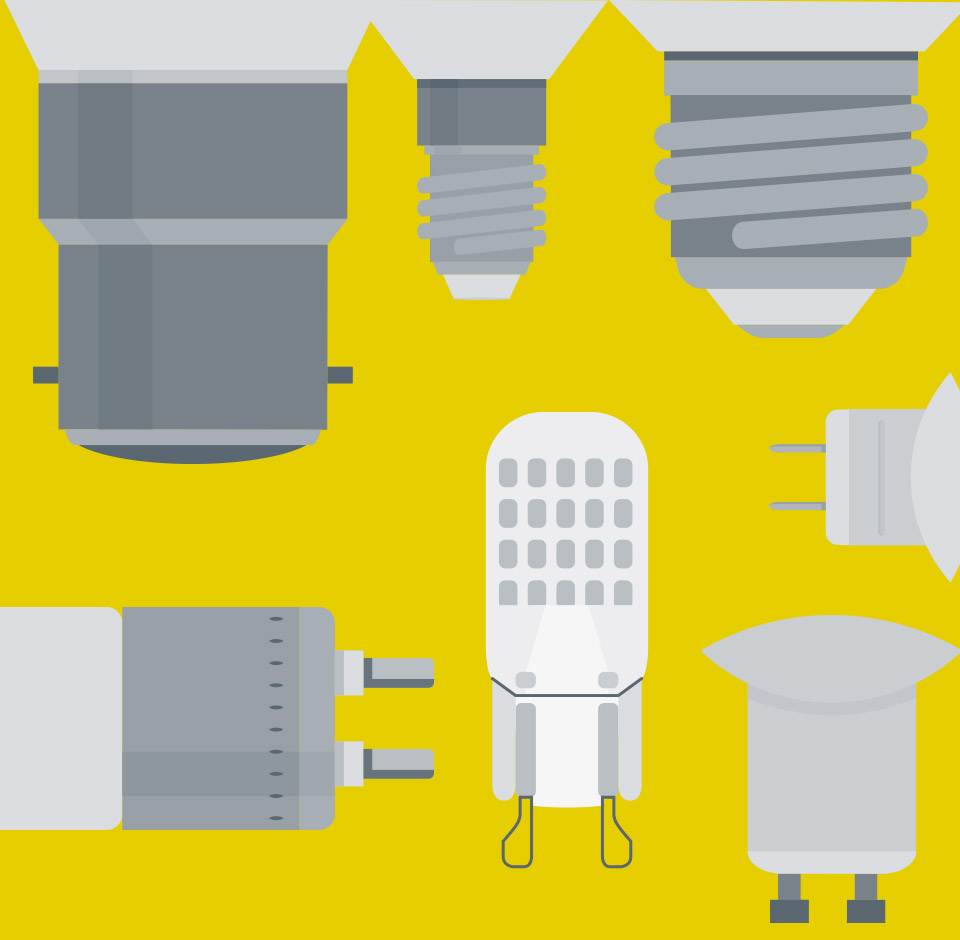 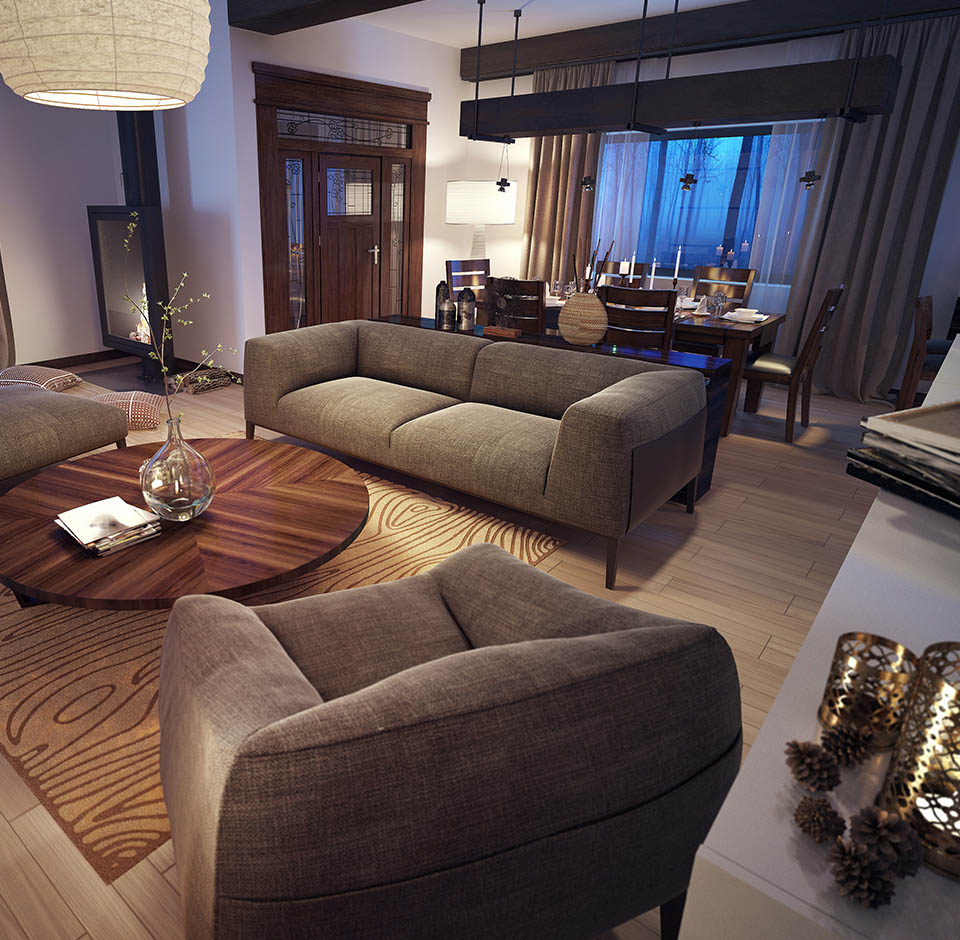 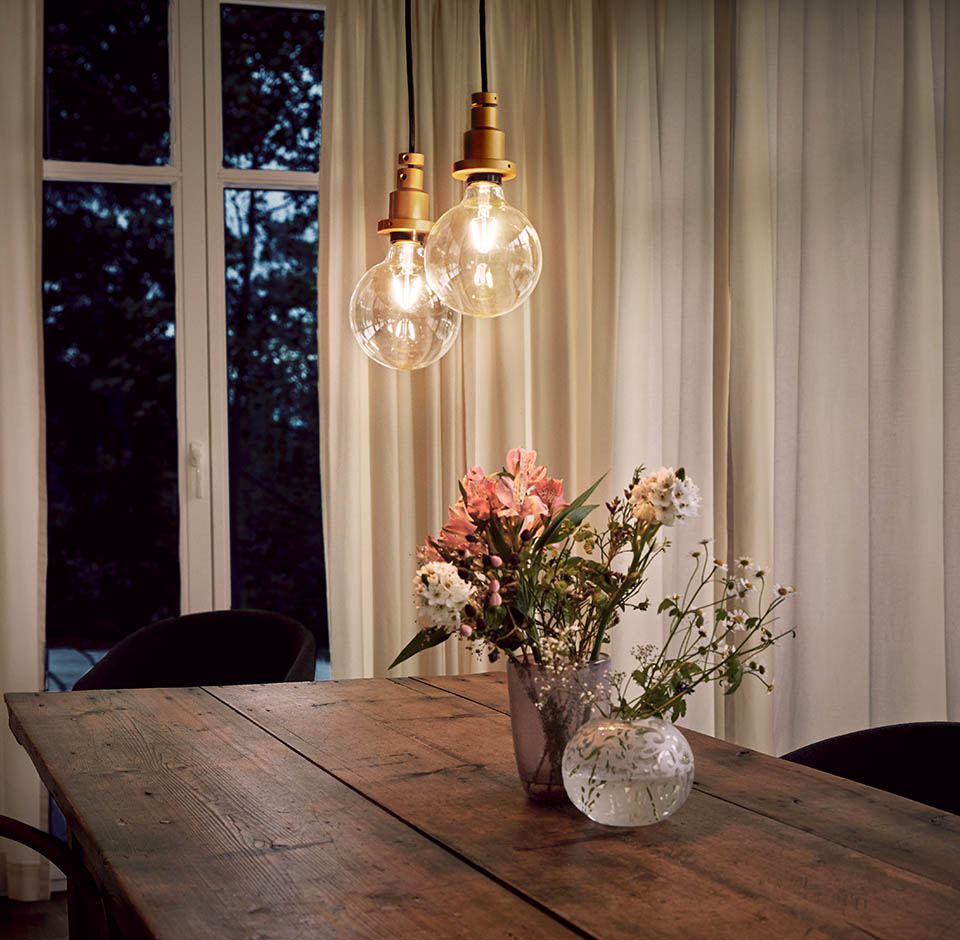