LED lighting is the smart choice to help you save energy and reduce electricity bills.

LED lights typically use less than a fifth of the power of traditional incandescent lamps. A typical household can save £150 a year by converting to LED. You can save even more when you buy through SaveMoneyCutCarbon Home Club.

Saving energy cuts bills and reduces your carbon footprint, which means less CO2 in the atmosphere, helping in the battle against rapid climate change. You can still buy the old-style energy-guzzling bulbs like halogen, but not for too much longer. When stocks run out, no more will be on the shelves, so it makes sense to invest in LEDs now.

What is an LED?

LED means “light emitting diode” and is a solid-state lighting technology (SSL). A semiconductor diode chip in the LED emits light when voltage is applied to it, producing light when electrons move around within its semiconductor structure. In contrast, an incandescent bulb has a filament that emits light from a vacuum when heated and a CFL contains gases that produce light when ‘excited’ by a power source.

Is it new technology?

LED technology has been around for decades in the electronics industry as indicator lights but rapid innovation has widened use to a wide range of environments, at home and at work. 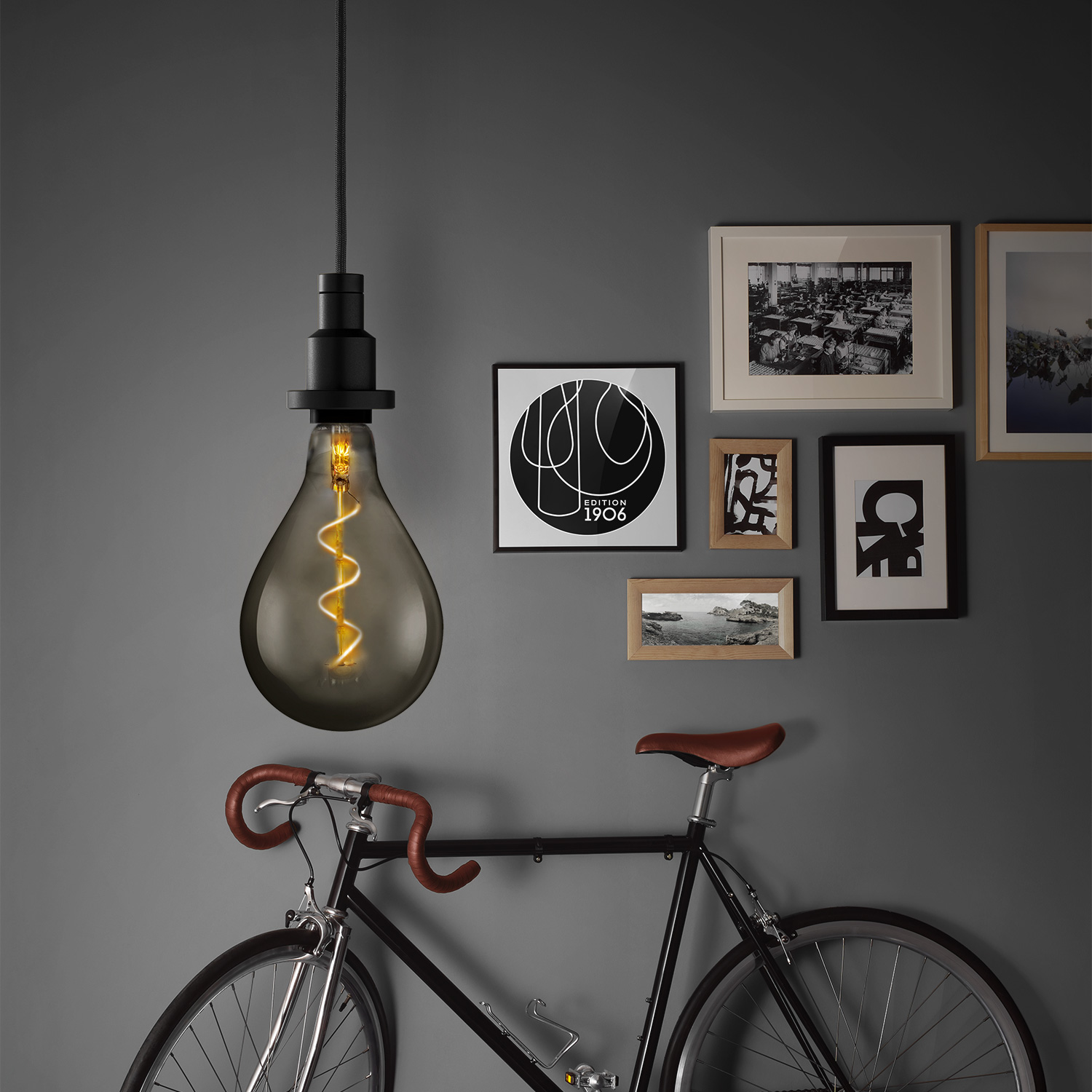 What is a luminaire?

A luminaire is the official name for a lamp fixture, a complete lighting unit, with one or more bulbs or tubes that emit light, along with the socket and other parts that hold the lamp in place.

What is the lifespan of an LED?

A quality LED is very efficient, durable and should last for up to 50,000 hours. This leads to savings over many years in energy costs, maintenance costs and overall cost of ownership. If you use the LED for 8 hours a day, it should last for more than 17 years.

Can you fit an LED anywhere?

There are LED products for nearly every environment, from home to office, hotels, restaurants, warehouses, schools, leisure facilities, street/car park lighting and so on. You can buy like-for-like matches to your current lighting, from candle bulbs to downlights, spotlights, tubes, floodlights and display/decorative solutions. See the range. Virtually every type of standard Incandescent, halogen, CFL and High Pressure Sodium lamp is available as an LED.

What colour are LED lights?

LED lights can display a wide range of colours but the most common, white LED, come in three main types:

What is the difference between LEDs and CFLs?

Quality LEDs are the most effective replacement for energy-guzzling lights. They offer instant full light, unlike CFLs (Compact Fluorescent Lamps), have a longer lifespan, and quality of light remains high throughout use. CFLs by comparison degrade with use so quality of light is very poor by end of life. Lifespan of CFLs is also reduced with frequent on-off switching. CFLs also contain potentially harmful mercury and need to be disposed of safely.

What is the difference between LEDs and halogen bulbs?

LED lights last much longer than halogen lights, which have an average lifespan between 2,000 and 6,000 hours. While that is up to three times as long as incandescent light bulbs, LEDs can last 100 times longer. Halogens work by heating up an element and are more wasteful in energy use. In fact, they are actually more efficient as heaters than lights. The UK government has banned sales of halogen bulbs (from September 1st, 2021) but that’s no loss – LED is a far better option.

Incandescent bulbs are very inefficient – around 90% of the energy used by an incandescent lamp is dissipated at heat rather than light.

Is an LED worth the investment?

LEDs reduce energy consumption by up to 90% and their durable long life means that purchase costs are repaid many times over. If you buy a quality LED, you should be able to ‘fit and forget’ for many, many years. LEDs are an electronics component which demands careful construction. Buying a budget-price LED can simply be throwing money away and even be dangerous.

Can LEDs work with a dimmer?

There are many LEDs that work with dimmer switches but always check before you buy.

What is an LED strip?

An LED lighting strip in simple terms is a continuous row of LEDs that have been soldered together with resistors to form a circuit. The LED strip functions through a power supply or driver and produces a seamless light, similar to a fluorescent, but with much lower energy use. LEDs are low voltage and require a Direct Current  supply, usually 12 or 24 volt DC. Use of a power supply unit or LED driver must be used when connecting the strips to a mains voltage power source. The power of the driver is determined by the wattage and the length of the strip. 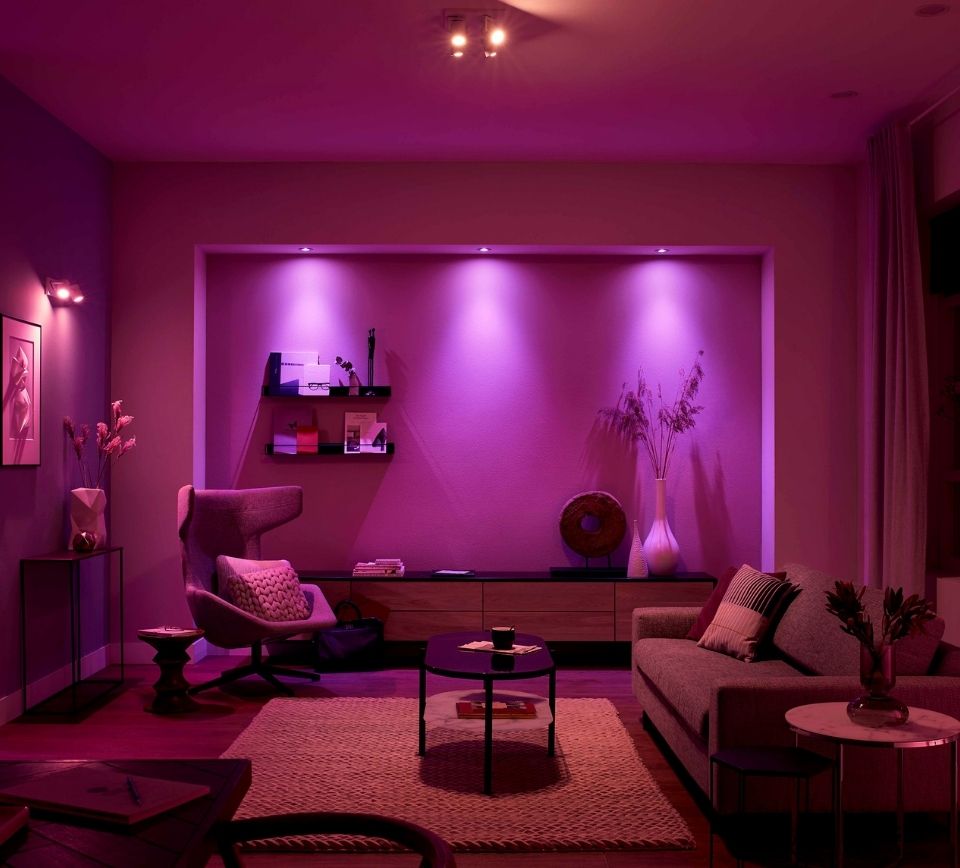 What are smart LED bulbs?

Smart LED bulbs are capable of being controlled remotely, through voice commands and apps. They allow you to choose the brightness and even colour variations to suit your mood, with full customisation and scheduling, depending on the model.

Can I replace my fluorescent tubes with LEDs?

There are some excellent LED tubes that deliver great energy savings over standard fluorescent tubes, last much longer and so reduce maintenance/replacement costs substantially. See some examples here.

Can you buy LED floodlights?

LED floodlights for a range of environments are readily available, whether to light up a warehouse at vastly reduced energy cost or for exterior light settings, from buildings to the home. Very long lifespan also means that maintenance costs are cut substantially. Quality floodlights deliver up to 90% energy savings compared to traditional halogen models, with a wide variety of wattages, ranging from 10W to 100W and with PIR options that automatically turn on when motion is detected. See the range here

What is the difference between a floodlight and a spotlight?