One of the age-old questions for petrolheads is “what would be in your garage if your numbers came up on the lottery?”. Range Rovers and Rolls Royces are normally high on people’s lists, as are Ferraris and Aston Martins. The problem is most of these vehicles will make a hefty dent in your carbon footprint, with most of these larger engine vehicles having CO2 emissions north of 300g/km.

So are there options for lottery winners who are keen to keep there carbon output to a minimum, but still want to wow? In short yes, there are more than a few zero emission vehicles which tick that box.  Here are a few which may find there way into mine:

The instantly recognisable bodywork created by revered coachbuilder Mulliner Park Ward is largely untouched. But the original 6.2 litre V8 which powered the Bentley is removed to make way for a fully electric powertrain. The two motors deliver drive to all four wheels and produce around 350bhp. The Lunaz Bentley will have a real-world range of around 250 miles, thanks to its 80kWh battery pack, it’s also capable of rapid charging at 150kWs meaning you can recharge fully in around 50 minutes. Lunaz vehicles are all hand built at there new factory at Silverstone and they have capacity to build around 120 cars a year. Some old classic car heads will think this is a disgrace, but the team at Lunaz disagree, claiming they are furthering the legacy of some of the most beautiful cars in the world. 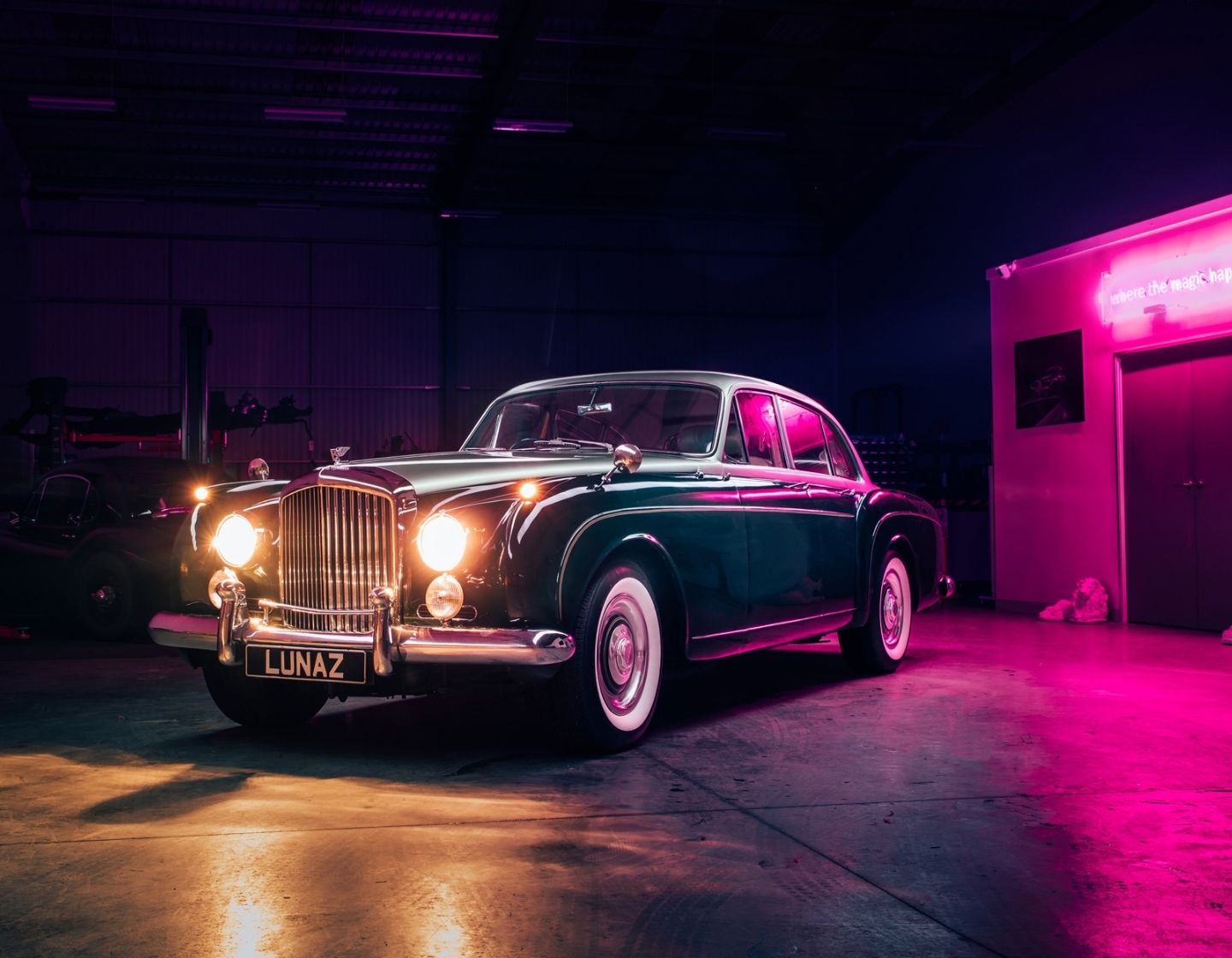 Ok so this one this has an engine in it, but it also has a battery pack. McLaren’s latest supercar is a PHEV (Plug In Hybrid Electric Vehicle). The Artura has a top speed of 205mph and a 0-60mph of 3 seconds. Its newly designed twin turbo V6 and 7.4kWh battery combine to create a 671bhp track weapon and despite its battery and electric motor it’s only 27kg more than the McLaren 720s. The total weight comes in at 1,498kg helped largely by the McLarens carbon composite monocoque chassis and the e-motors instant torque enables throttle response twice as fast as their pure petrol cars. Yes, you still have to feed it dino juice, but on electrons only she’s good for 20 miles with zero emissions. 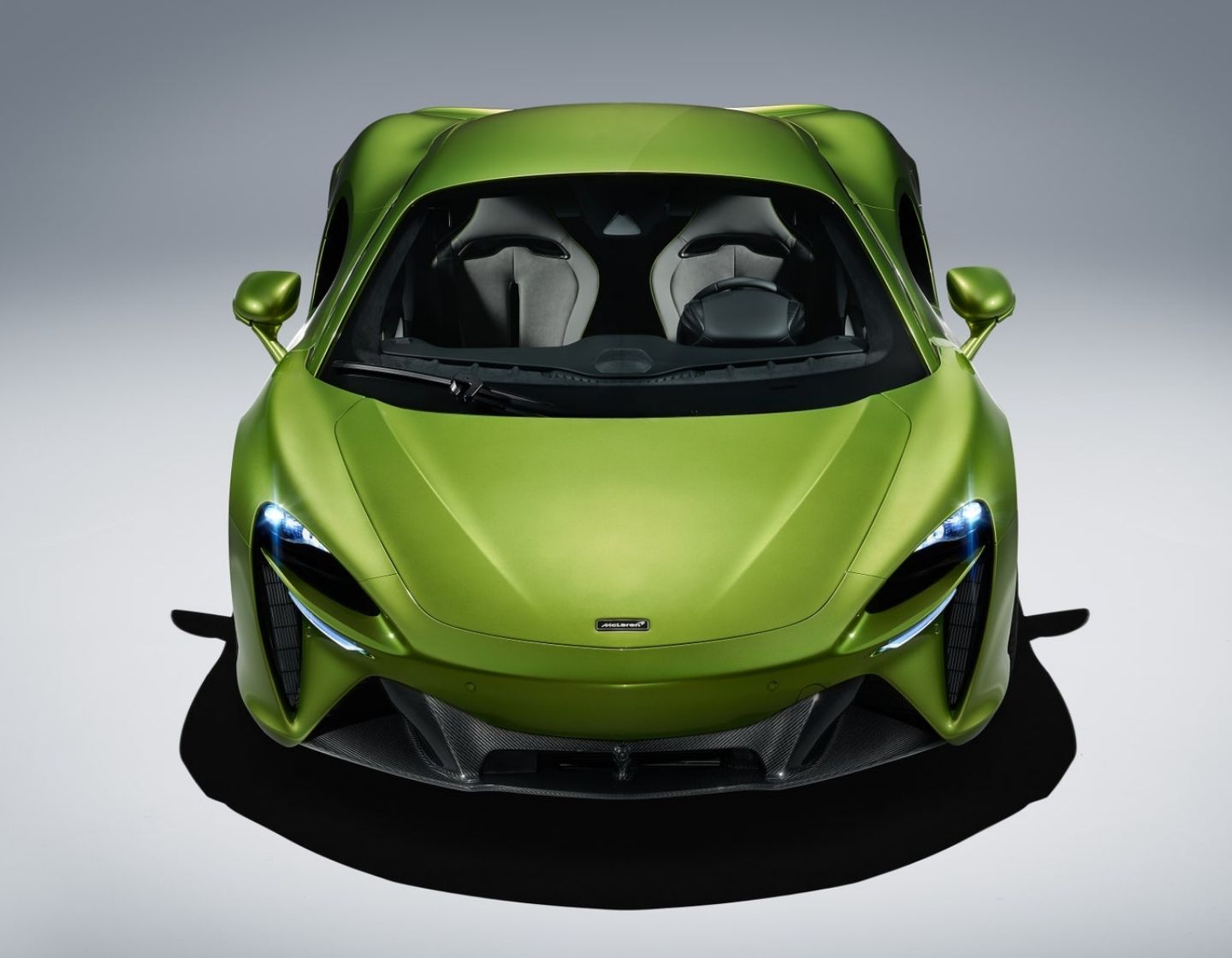 Who doesn’t love an old Aston, the early DB5’s and DB6’s are almost instantly recognisable to most thanks to their starring roles in many a Bond movie, and their classic lines haven’t aged. This beautiful vehicle has been restored and developed by Aston Martins Heritage team, and much like Lunaz will have its fair share of critics appalled by the fact they have electrified a historically significant car. But don’t panic. Aston Martin’s team have thought of that and designed the EV conversion to be completely reversible, it uses a cassette system which replaces the original straight six engine, and the conversion will work with any Aston that utilised the straight six engine. That covers a large number of Aston models produced between 1958 and 1972. 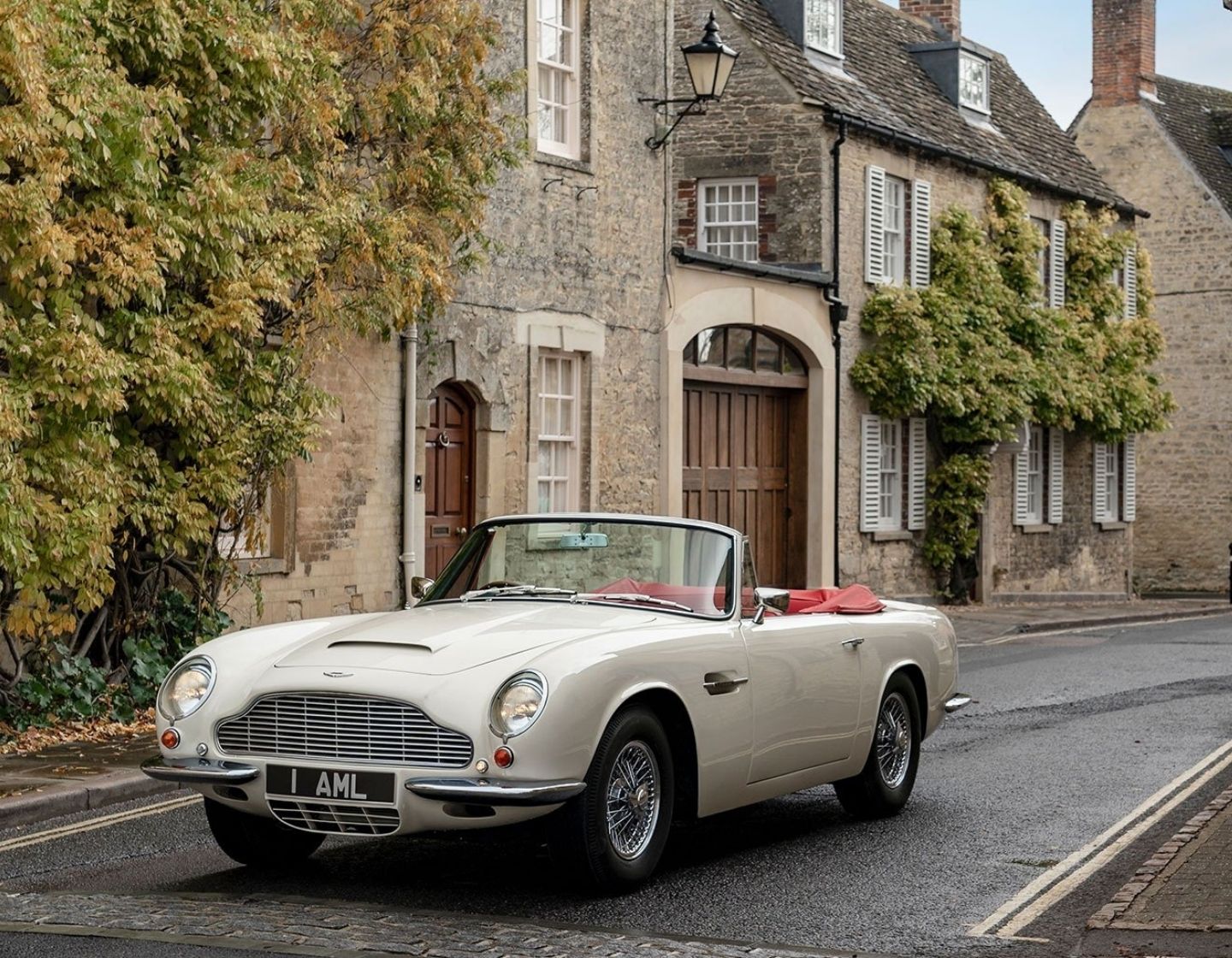 At first glance you might think this is just another iconic classic car that’s undergone a EV conversion, but that’s where you would be mistaken. This is a cutting edge vehicle with state of the art components, bespoke interiors and digital interfaces. Charge approached Ford to officially license 499 brand new shells, which means you can buy a brand-new car with the styling of an iconic 60’s classic, combined with the power and technology of a 21st century car. Charge offer the vehicle with AWD and a 200 mile range, the luxury bespoke interiors feature a digital interface and state of the art technology and it’s even capable of a rapid charge at 50kW. The next generation technology doesn’t stop there: the powertrain, digital interface, batteries and motors all come from Charge’s partner company Arrival.  (Check out my article on electric commercial vehicles to find out more about Arrival and their unique approach to vehicle production). Limited to a run of 499 these are certain to become an electric classic. 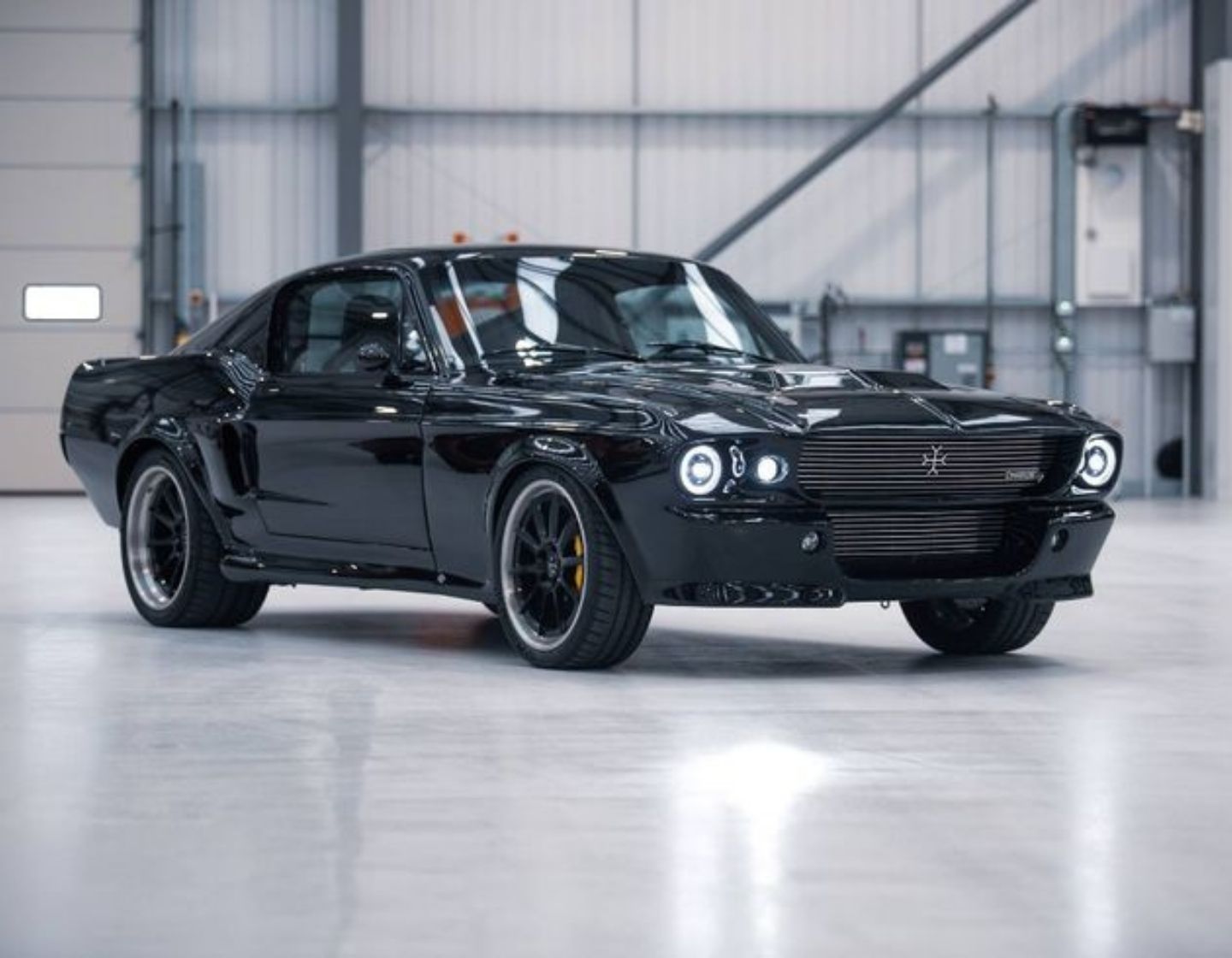 Totem Automobil have taken one of the prettiest little cars in existence and electrified it with 518bhp. Based on the 1965 Alfa Romeo Giulia GTA, the new Totem Electric GT is designed to combine classic Italian styling with modern electric technology. Although its new body and doors are all carbon fibre, the GT electric still requires a donor car for elements of the chassis. With this in mind Totem have limited the production run to just 20 vehicles, safeguarding the already restored existing petrol vehicles. Let’s talk numbers, what does £380,000 buy you? Well obviously, a stunning looking vehicle, but also a very capable one. The GT electric will do 0-62mph in 3.4 seconds and has a limited top speed of 152mph, and as the car is largely carbon fibre it weighs in at only 1,410kg, meaning you get 225 miles out of a 50kWh battery pack, that’s better range than a Vauxhall Corsa-e which uses the same size battery. The one great feature this vehicle has is its external speakers which mimic the original cars engine sound – listen here. 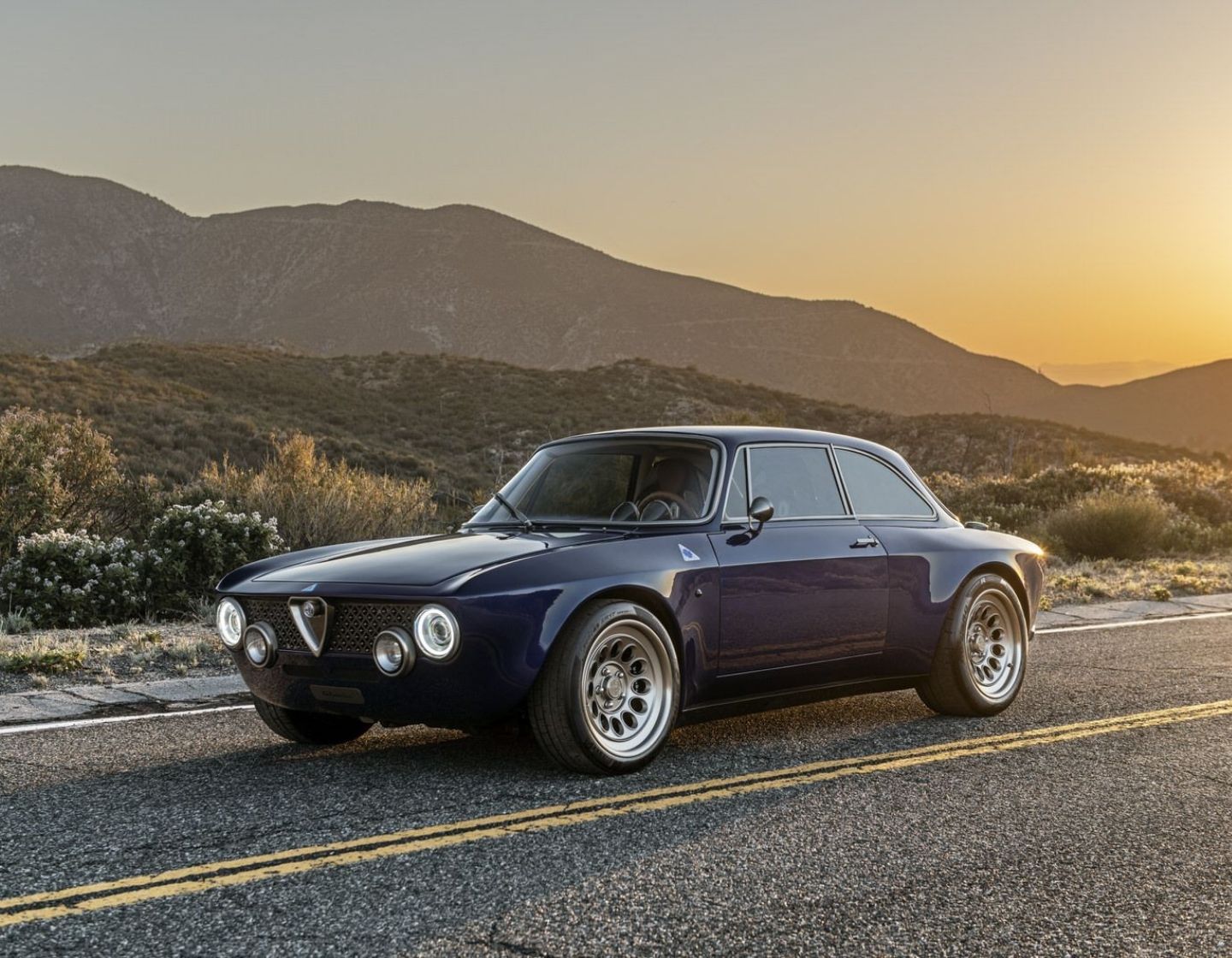 Tesla’s Model S plaid is basically a supercar in the body shell of a 4-door sedan, with 1020bhp, 200mph+ top speed and a 0-60mph of 1.99 seconds, there aren’t many vehicles around that can outperform those numbers (petrol or electric), and because it’s a Tesla its still good for nearly 400 miles in range. The Kids will love it too, if it isn’t the whoopee cushion feature built into the dashboard, it will be the rear screens capable of playing the latest video games, combine the multiple screens with the 22 speaker 960 watt audio system with noise cancelling technology, and you are basically driving a 200mph home cinema. The Plaid’s 100kWh battery is the latest generation from Tesla and on a V3 supercharger it’s capable of charging at 250kW’s, that means it’s capable of going from 5-80% in around half an hour. And like every Tesla, it’s autonomous ready and features all the great tech you expect, including Summon, Auto Park and Auto Lane Change. 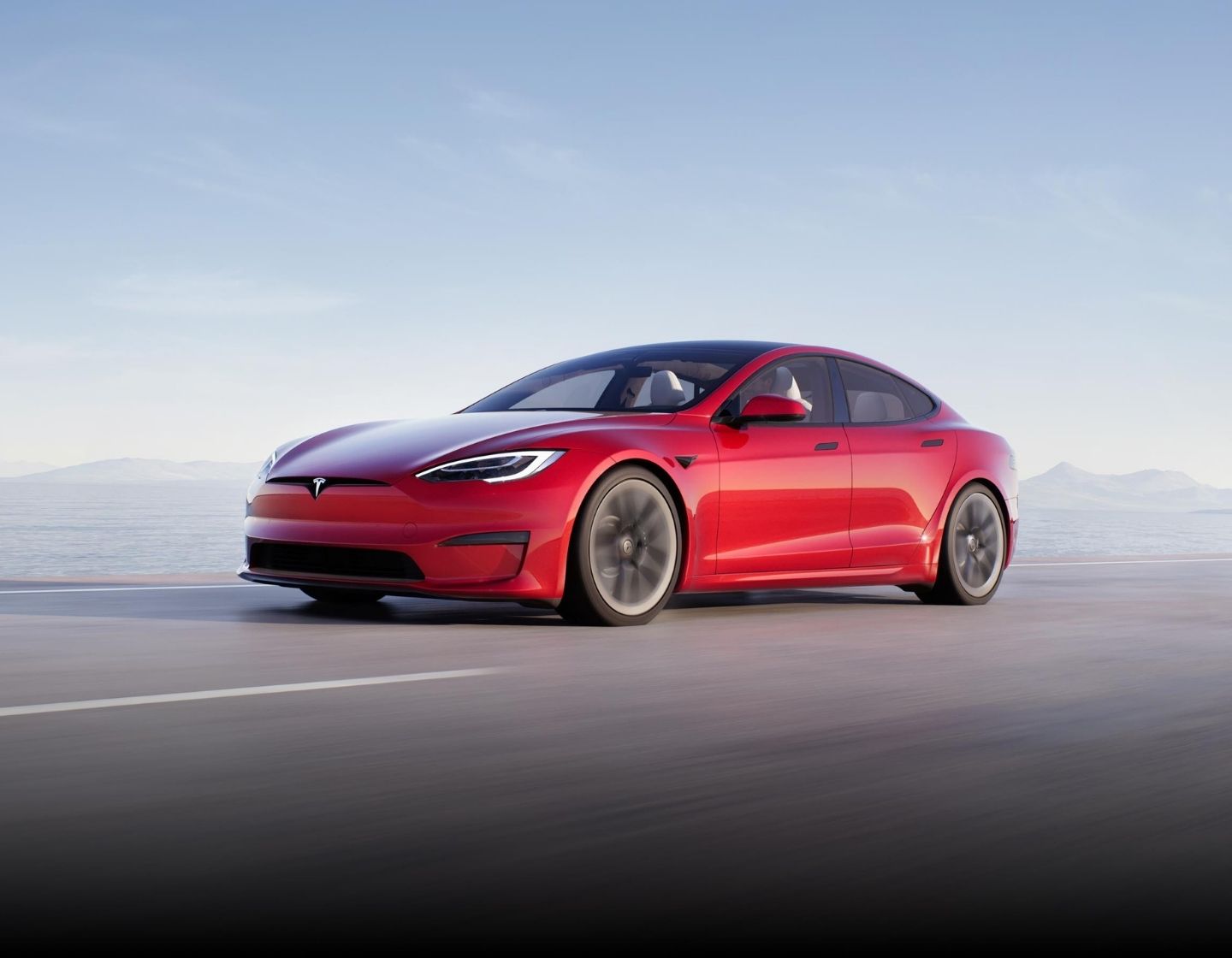 Yes you read that correctly, the price of Lotus’s first fully electric vehicle is £2.4 million, unless you have bagged the Euro Millions, this one will make a bigger dent in the lottery bank balance than your financial adviser might like. But that’s not where the crazy numbers end, Lotus claim the power output is going to be around 2000bhp, that will make it the most powerful series production car in existence, it will also be one of the lightest EV’s on market at 1,680kg, largely thanks to its carbon fibre monocoque. The 2,000kW motor is also good for 1,700 Nm of torque, and the 70kWh battery is good for around 200 miles in real world range, which doesn’t seem great compared to its competitors, but with 350kW DC charging capability it can recharge in around 18 minutes. Every Evija will also be completely bespoke with customers able to have an unparalleled level of personalisation, enabling them to specify the car exactly as they wish. This will include the opportunity to select unique paint finishes, interior trims and detailing, you can even have the Lotus badge in your unique colour scheme. 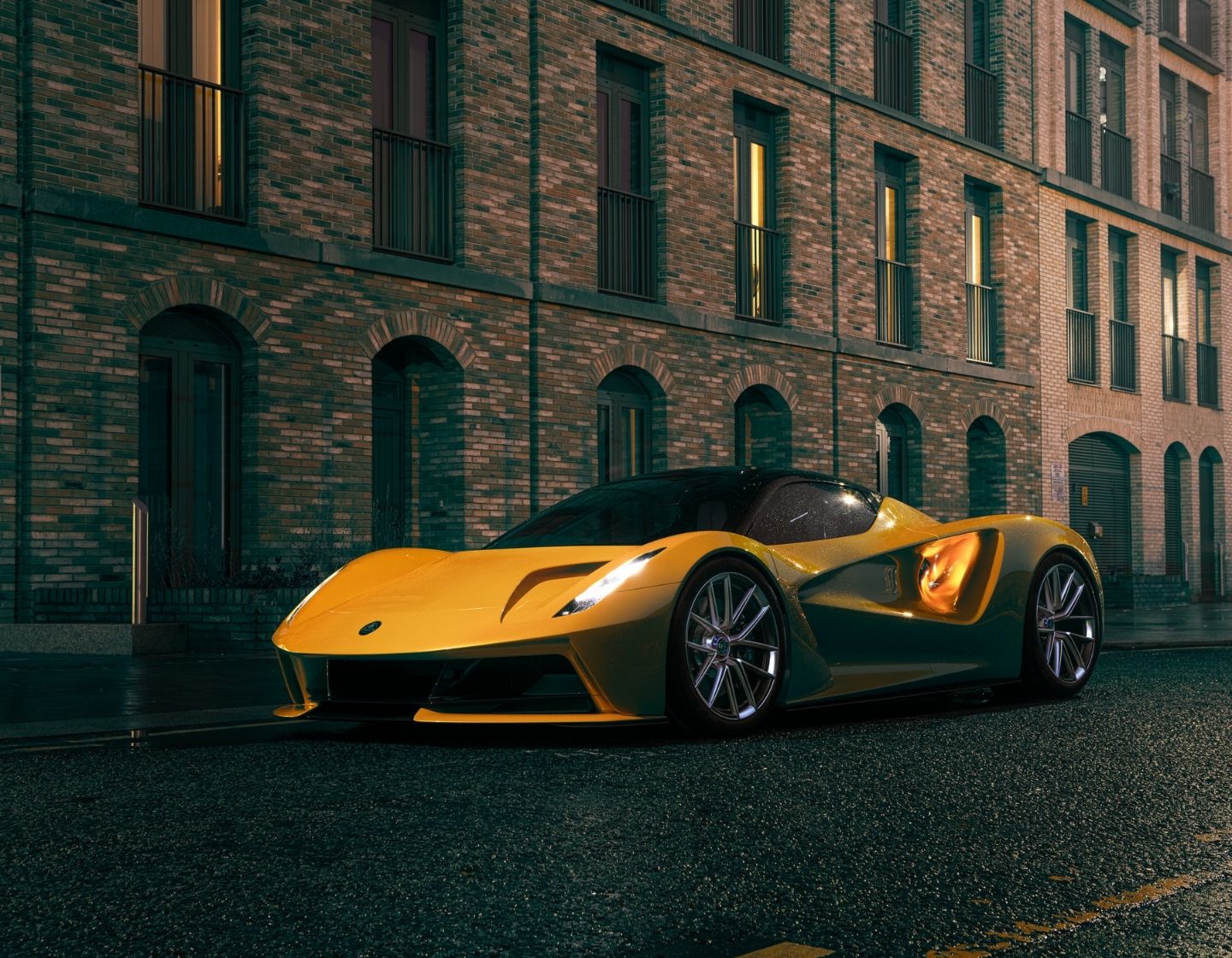 And what am I going to use to charge all these beauties? Well for the daily drivers it’s a given that I would opt for one or two of our Alfen or ABB units to keep them topped up, but no electric lottery garage would be complete without one of Electric Classic Cars Retro Pump Charge Stations, complete with working dials that show the kW’s delivered to the vehicle.

This robe hook was for the back of our new bathroom door. It looks perfect and… Read more