You are here: SaveMoneyCutCarbonLearn&Save – OverviewSimon’s Top 10 Electric Commercial Vehicles 2021 and Beyond
Compare Products

The UK is no stranger to electric commercial vehicles. In August 1967, the UK Electric Vehicle Association put out a press release stating that Britain had more battery-electric vehicles on its roads than the rest of the world put together.

It is not clear what research the association had undertaken into the quantity of electric vehicles in other countries, but closer inspection disclosed that almost all the battery driven vehicles licensed for UK road use were milk floats. Yep, Benny Hill aka Ernie (for those of you old enough) was a EV pioneer.

Fast forward 54 years, when most milk comes from the supermarket and not to the doorstep, Britain is set for its second mass commercial EV adoption. In fact, Milk & More, one of the remaining milk doorstep delivery companies in the UK, has been one of the first to switch to electric vans. With more than 500+ electric vans they boast one of the largest electric fleets in the UK.

The Plug-in Van grant will also make the purchase of these vehicles easier for those looking to make the switch to zero emissions. The grant will pay 20% of the purchase price of qualifying vehicles up to a maximum of £8,000. To qualify, the vehicles need to have CO2 emissions of less than 75g/km and be able to travel at least 10 miles without any emissions at all.

So what are the options for those keen to follow in Ernie’s footsteps? See below for some options currently available, and what the future holds in this space:

The Vivaro-e, which shares its underpinnings with sister brands Citroen and Peugeot, is the 2021 International Van of the Year. Available in both a 50kWh and 75kWh battery variant, with the larger battery boasting a claimed range of 205 miles, this has set the bar high for other brands to follow. With up to 100kW rapid charging, the Vivaro-e can charge the 50kWh variant to 80% in just 30 minutes. It also boasts a 7.4kW on-board charger (with the option of an 11kW upgrade for faster turnaround) meaning the van is always ready for the working day when you are.

The Nissan E-NV200 is 7 years old now in its current guise so in EV timelines it’s quite the classic. It has had some battery upgrades since its initial 24kWh battery in 2014. The latest version released in 2017 boasts a 40kWh battery, and 50kW rapid charging capability meaning it can charge up to 80% in around 45-50 minutes. The Nissan also has a 6.6kW onboard charger meaning an overnight charge will leave you with a full battery. Despite its age, for a smaller van it still holds its own against newer competitors, beating them on both range and payload.

Ford currently only a have a PHEV Transit on offer with a small range of up to 35 miles. However the e-Transit, Ford’s first fully electric commercial vehicle, is due on sale early 2022. The e-Transit will boast a 67kWh usable battery capacity, and will boast a range of around 217 miles, considerably more than other electric vans of a similar size. The Ford will boast an 11kW onboard charger, meaning an 8-hour overnight charge on a three-phase supply. It will also have 115kW rapid charging capability, meaning it will go from 0% to 80% battery in around half an hour on a 125 kW rapid charger. There are 25 different configurations of the e-Transit in the European market, including panel van, chassis cab and double cabs. As with the rest of the range there is also multiple length and height options.

The panel van will have a maximum payload of 1,616 kg, and the chassis cab up 1,967 kg. Ford has added a great option on this vehicle that the UK tradespeople will appreciate, “Pro Power Onboard” allows the vehicle’s battery to be used as a mobile power source, providing up to 2.3kW for operating tools and other equipment.

Although relatively unheard of in the current age, Morris Commercial Vehicles have a long and prestigious history dating back to 1924. The Morris J Type was first unveiled at Earls Court 1948 Commercial Motor show to much praise. The “Big” Little van with its distinctive pear-shaped grille, split windscreen and sliding doors, went on to become a global icon. The New Electric Morris JE reimagines the classic lines and looks of the original J-Type with state of the art electric powertrain and modular chassis and carbon fibre composite body. The JE is not currently available to buy, but you can specify your own vehicle and pre-order on the website. With an estimated 200-mile range, rapid charging capability and vehicle-to-grid charging ready at launch, the JE will be a very modern beast inside a beautifully designed shell. Its retro looks and eco credentials are bound to make it a big hit with brands looking for a stylish and sustainable van.

The Volkswagen ID. Buzz Cargo is currently a production ready concept, based on the ID. Buzz Microbus Concept which made its debut in 2017. It may be only a concept but VW plans to have a production model ready later this year. Much like the Morris JE, the ID. Buzz Cargo will come with some very clever technology on board. The van will have integrated solar panels built into the roof offering a potential 10 miles of additional range a day. The ID. Buzz Cargo is being built on VW’s MEB platform, so it will be available with a number of battery size options, offering ranges from 200 to 340 miles. Like its microbus cousin, the ID. Buzz Cargo will also be “autonomous-ready”, meaning it could really become the ultimate office on wheels.

The Renault Zoe Van isn’t really a van in the official sense of the word, with a payload under 400 kg it’s hardly going to help move the world, but the one thing it does have is a 245 mile range. So it does fill a gap, ideal for those normally driving a smaller model, the Zoe Van shares the same 52kWh battery as the Zoe car, it also shares the same on-board charging capability as the car, meaning it is capable of AC charging at 22kW and rapid charging at 50kW. The Zoe van also comes with a 100,000 mile / five-year warranty and the battery has a 100,000 mile / eight-year warranty.

The Renault Kangoo ZE in its latest guise is a brand new van. The previous version was launched in 2011 and was one of the first mass-adopted electric vehicles in the UK (After Ernie and his flotilla). The Kangoo combines a 44kW engine with a 33 kWh battery to offer up to 143 miles of range and a 7.4kW on board charger means the Kangoo can also recharge in around 5 hours. A great van for urban delivery solutions and last mile deliveries, the Kangoo’s only real downside is the lack of rapid charging capability.

The Arrival van is a truly next-generation commercial vehicle, still at prototype beta stage. The second version is the result of its investment and partnership with global logistics giant UPS, who have recently ordered 10,000 units. The autonomous-ready vehicle is expected to be available in early 2022, with modular design for both bodywork and battery. The battery sizes vary from 44kWh to 130kWh, and the body is made from thermoplastic composite materials so is 50% lighter than steel, allowing the vehicle to dedicate more power to the payload. Arrival also have a unique delivery method for these vehicles – as they are modular in design the component parts can be shipped to micro factories (less than 110,000 sq ft) around the globe. This new modular method of assembly allows the vehicles and factory to be deployed quickly around the world to meet demand, without the need for expensive production lines being constructed. The Arrival is a truly sustainable vehicle designed and manufactured with the planet in mind. EV Version 2.0 is around the corner… with your SaveMoneyCutCarbon delivery.

The original 1969 VW Crew Cab produced around 49 horsepower while the Electric Classic Cars conversion produces 450 horsepower from its rear-mounted Tesla Model S motor and it’s also home to a 100kWh battery pack from a Tesla Model X. To cope with the somewhat dramatic increase in power, the van has been fitted with Porsche brakes, Bilstein shocks and power steering. With this being a conversion project, it shouldn’t really have made the list, but any 52-year-old van that can do burnouts the entire length of the street (check out the electric classic car YouTube video) deserves a mention in my opinion. 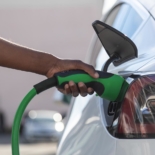