As business electricity users breathe a sigh of relief at the passing of another TRIAD period, we look at what Triads are and what the Targeted Charging Review means.

The National Grid identifies three Triads each year in order to calculate the charges an organisation will incur for using the network, these are referred to as Transmission Network Use of System (TNUoS) charges.

Business users can avoid these charges by reducing electricity consumption through the three half-hourly Triads.

A Triad is one of the three highest peaks of electricity demand between November and February each year. They typically occur between 4pm and 6pm on weekdays and must be at least ten days apart.

TNUoS charges can add up to tens of thousands of pounds per year depending on where an organisation is located.  London carries the highest charging rates with the lowest being in Northern Scotland.

TNUoS charges can be included as part of the agreed unit rates or shown separately as pass-through rates. Pass-through rates allow greater flexibility for organisations to reduce energy demand during Triad periods, a practice known as “Triad avoidance”.

Users will employ all manner of Triad avoidance measures to reduce their consumption through these times.  Some users will start diesel generators to carry some of their demand, others will shut down production processes during the Triad periods.

In November 2018, OFGEM announced the Targeted Charging Review outlining its plans to reform the way we pay for the transmission and distribution networks.  At the very heart of this review was its desire to create a level playing field for network charges.  Those organisations with the ability to shift their consumption away from “peak” demand periods being seen as unfair on those smaller organisation with less flexible needs.

OFGEM have suggested that from April 2021 the industry will switch to a fixed charge approach, meaning that businesses will no longer be able to use their flexibility to avoid paying for network use.  Most of these types of organisations will see their energy bills rise under the new proposals.

The new proposals would see each meter point classified into a charging “band”, this being likely to be defined by agreed capacity levels for high voltage connections or net volume levels for low voltage users.  Fixed charges will be levied on each band, regardless of where an organisation might sit within that band.

Reduction of consumption is the best option

The only avoidance measure that will be left available to many, will be the reduction of overall consumption.

The winter of 2020/2021 will be the last Triad season as things currently stand and so as of April 2021 we move into a new energy landscape which could again see the rise of energy efficiency technology.

The use of smart controlled LED lighting can dramatically reduce electricity consumption for workplaces.  Targeted task lighting, occupancy detection and high-end trim can all help to reduce baseline consumption in many buildings with very little impact on the occupants.

Variable speed drives can provide noticeable energy savings on centrifugal pumps and fans, where the power cubed rule means that reducing speed by just 20% can reduce the power consumed by up to 50%.

Once your energy baseline is under control, on site generation will potentially enable users to reduce demand from the grid further. A well designed solar PV array can not only work in harmony with on-site demand, but if it can be over-sized then a battery storage solution can further reduce peaks in demand and ensure the lowest possible energy costs long term.

So don’t wait until the new era of energy charging is upon us, Act Now and secure your bright energy future.

Contact our specialist team to discuss the options that will work best for your business.

Speak to our experts today 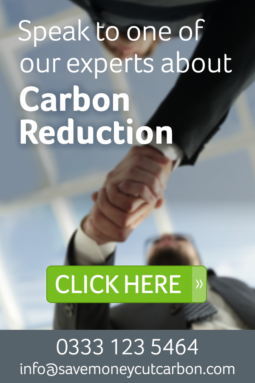