The Energy & Water Survey of Great Britain shows as a nation we are taking big strides in energy and water consumption to reduce bills and cut carbon.

There’s a lot more to achieve as around the country people shift from unconscious consumption of what were very cheap utilities only a few years back to understanding that reducing usage is essential.

We’re using energy night and day in our homes across Britain with appliances continuously running in the background and the survey highlights how people are responding to increased energy and water bills by changing behaviour and investing in energy-saving solutions.

SaveMoneyCutCarbon launched the survey late last year and it’s part of a 5-year research programme to better understand what UK households know about their energy and water usage, how they can change behaviour to cut costs, and what they feel about carbon reduction.

The survey was conducted online and 2,633 households responded in the first phase.

A key finding is that people are switching on to the benefits of energy-saving LED lighting, which reduces electricity consumption by up to 80%, with more than half of respondents (52%) saying that they have LEDs in their homes.

But there is still a way to go before everyone is saving big on their electricity bills. Only 1 in 5 (20%) advised that they had them in every room while a quarter (25.3%) did not have any bill-cutting LEDs in the home, which is surprisingly considering that lighting consumes 15% of electricity throughout the home.

While the smart meter national roll-out chugs away slowly, one-third (33.5%) of respondents said that they had one of these installed, using it mostly for keeping an eye on how much electricity is being consumed. Time will tell whether these meters contribute anything substantial to energy savings.

The kitchen is a main area for keeping an eye on energy usage. On average, cooking accounts for 13.8% of electricity demand in UK homes, with freezing or cooling food using a further 16.8%.

If you put a lid on the pan, it reduces time to boil by around half, but we found that a third (32.3%) of people needlessly using costly energy by not doing this. The survey also gives detailed data on use of a range of appliances like microwaves, toasters and kettles.

There is a similar opportunity to save energy by turning off appliances at night. While the individual savings may be small they contribute to big savings across the country. Around a third (30.2%) of those surveyed charge up to two devices at night, and 1 in 5 (21.9%) charge 1.

Good news is that a quarter of survey respondents (25.8%) said they do not leave any phones, laptop or tablets on charge overnight and just a tiny minority (4.4%) leave 5 or more devices on charge.

At the same time, the vast majority (87.9%) of people do not leave lamps on overnight and over three-quarters (76.6%) avoid using the tumble dryer in the summer.

Current advice is that by turning down their heating thermostat by 1 degree, people can save around £80 on their bills. Other ways of saving include turning off radiators when rooms are unused, with smart controls an easy way to manage heating efficiently. In the survey, nearly over half (46.5%) of householders said they did not turn off their radiators in unused rooms.

How people use water in the home is important for both energy savings and carbon emissions control. The less water used, the less energy is consumed in heating and pumping, meaning lower utility bills and reduced carbon footprint.

The better management of water usage is increasingly urgent, given the growing pressure on overall supply as well as the fact that just under half of those surveyed said they had a water meter (44.5%).

The survey has detailed insights into the ways we are managing our water use at home with tips on how to improve this. Get the full report here.

The push for people to generate their own energy continues to proceed slowly. Among the survey respondents, only 6.2% said they were using rooftop solar panels, and just over two thirds of them (69.7%) had installed these rather than moving in with them already in place.

It’s a fact that total lifetime cost of electric vehicle (EV) ownership is cheaper than internal combustion engine vehicles so we expect the move away from fossil-fuel powered transport to grow rapidly over the next few years. In the survey, 3.2% of people said they have a hybrid vehicle and 1.2% owning an EV.  Increased interest in EVs has been boosted by the new tax breaks from April 1st.

Learn more about our energy water use habits – and ways to save. Read the full report here. 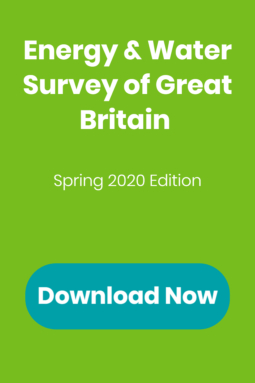