Bad taps can make your life difficult, if not plain miserable, so buying cheap isn’t always a good choice. However, the price doesn’t always reflect the quality, so it’s important you look for taps that are built to a high standard and not necessarily just a high price.

The problems with poor quality taps come from the fact that the manufacturers have made a clear decision to grab your attention and cash with a seductive price point but to do that they have had to cut corners.

The great thing about taps is that they should be a “fit and forget” fixture. Just think of how many times a day you turn on the taps without a thought. That’s how it should be and a quality tap will always deliver performance and durability.

Fitting a bad tap with poor quality components can mean that you will be looking to replace it much sooner than you had planned as leaks and poor performance make a trip to the kitchen or bathroom a frustrating experience!

A bad tap can quickly lose its pristine quality as the chrome or other finish is poor. It can wear away quickly and the handle can become discoloured and cracked.

And poor quality taps are also a magnet for limescale build up as the cheaper chrome finish is difficult to clean. 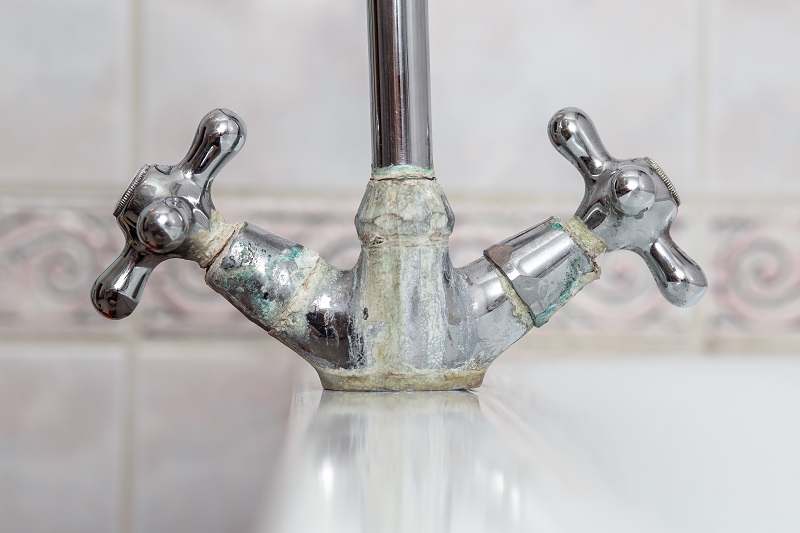 The internal elements of a cheap tap, because they are of a lower quality, tend to wear out more quickly and this means that replacement washers, O rings, screws, clips, and valve assembly can’t solve the performance problem any longer.

Another problem with a cheap taps is that when you try to replace the aerator, the threads on the aerator or spout are worn or corroded, making it a real struggle to upgrade.

Older, cheap taps can also be a noise nuisance as the poor quality rubber washers age quickly and harden and can make a screeching sound when water flows over them. Tap noise can also come from other failed internal parts.

Because bad taps will need to be replaced, this means more costs than just the replacement price, that could include expensive retiling around the bath and redecoration for instance.

In contrast, quality taps like those from hansgrohe are built to last. For example, hansgrohe mixer taps go through a five-stage manufacturing process, with around 27 components, 30 work steps and 100 manual actions.

Every element of a hansgrohe tap is better, from the castings to the chrome and other finishes, the cartridges and, not least, the superb design that optimises form and function.

The company also puts spare parts availability at the centre of its efforts to provide customers with longest possible product life. This also reduces the numbers of taps needing to be replaced and ending up in landfill.

A range of mechanical and electrical automatic Self Closing Taps