LED lights not only cut energy bills and reduce CO2 emissions, it turns out that they also help improve the sex lives of glowworms. 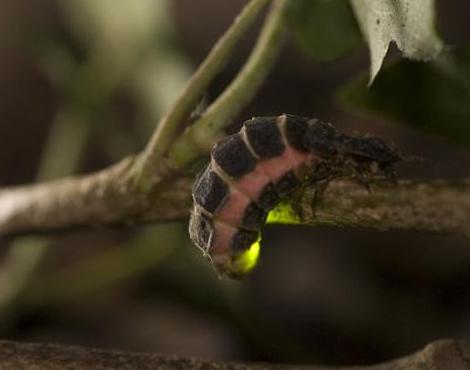 The discovery from research at the Welsh coastal resort of Llandudno is just one more benefit among many that LED lighting offers. It’s heartwarming and light-touch news in a summer that has seen a bigger focus on the advantages of LEDs.

It’s not known whether the Llandudno glowworms are glowing brighter but their mating habits have been given a big lift by the decision of the town council to replace the sodium streetlights with LEDs.

The council made the move after hearing evidence from local amateur naturalist Jenni Cox that identified how the sodium lamps were affecting the glowworms’ sex lives. She observed that the males were being lured away from the females towards the glare and heat of sodium.

According to Wales Online, Jenni spotted the problem on a local coastal path.

“I first discovered them in 2011 when I was just walking down Marine Drive. I reported my findings to the national glowworm survey and came back out to count them. I counted 300 females, although there didn’t seem to be many males finding them.
“Then eventually I noticed up to 50 males were congregating under the street lights and I wondered whether that was stopping them finding the females.”

Jenni reported the evidence to Anne Butler, the council’s biodiversity officer and the council was persuaded that the solution was to replace the sodium lamps with LED streetlights, which emit a different intensity and much less heat.

Since the LED change, the local glowworm population has boomed. Jenni hopes her work and the council’s decision will extend beyond the resort’s boundaries to help preserve the unique beauty of these light-tailed insects.

Entomology aside, the benefits of LED lighting are abundant. In fact, Lux magazine has reported on the huge potential for local authorities to save millions of pounds a year by replacing sodium (SON and SOX) street lamps.

The report says that only around 10% of the country’s 7.4 million street lights have been upgraded to LED and that a wholesale switch would save £200 million a year. That’s impressive, especially in these austerity-driven times.

The figure comes from the Green Investment Bank, which is offering local authorities funding to make the switch with no upfront costs.

Added to a reduction in energy consumption of around two-thirds, the projected 1.7 billion kWh savings mean that every council’s carbon footprint will be reduced, which all helps in the battle to meet national CO2 reduction targets.

LED lighting is proven to drastically reduce energy bills in every setting, from the street to the classroom, from the office to the retail store. In education, there are benefits beyond cost savings.

A recent school study evaluated the effects of light on the performance of students at schools in Ulm, Germany. Students working under artificial LED lighting showed improved concentration and classroom performance.

The study was carried out by the ZNL (Transfer Centre for Neuroscience and Learning) and demonstrated that students achieved better results than the comparison group in tests for concentration ability; their performance speed also increased.

More research by Mid-Sweden University shows that the “bias to blue” light in LED stimulates a photoreceptor in the eye that reduces melatonin production and helps a person stay awake. Blue light has a positive effect on the brain, and that people exposed to blue light performed better in tests of brain function that included a distraction.

The study builds on research that suggests blue light can improve cognitive abilities such as memory, alertness and reaction time. ‘Blue light has the potential to positively influence a range of settings where cognitive function and alertness are important,’ said the authors of the report.

It’s good to hear when technology provides sustainable advantages beyond the very welcome energy and carbon savings. The good news on glowworms and Lux magazine’s report echoes our experience that LEDs benefit people and planet.

The benefits extend into homes, offices, health centres, shops, car parks and hotels as well as education and our streets.