A new scheme that requires energy retailers to set prices for buying power from solar households should boost the home energy generation market.

The government-mandated Smart Export Guarantee (SEG), supervised by Ofgem, was finally launched at the beginning of the month after being first announced in the middle of last year.

After a nine-month gap since the end of the payment scheme, the SEG ensures payments from energy suppliers for homes that export green electricity to the grid, as well as businesses with renewables installations of less than 5 MW.

Power utility companies with more than 150,000 customers now have to offer at least one remuneration tariff for green energy exports. Currently, more than 14 suppliers have announced tariffs, which range from 0.5p to 5.6p per kilowatt hour (kWh).

The launch was marked by two surprises with new challenger company Social Energy leading the field with a strong price offering of 5.6p and giant Shell being heavily criticised for a derisory 0.001p.

Shell upped the price two days later to 3.5p in the face of widespread reaction to the barely compliant first offering.

Social Energy’s top price was welcomed in the sector, particularly as the SEG does not oblige smaller retailers to participate.

While it currently has fewer than the SEG baseline of 150,000 customers, Social Energy has an attractive and innovative approach. The export price offer is linked with customers agreeing to the installation of the company’s battery storage solution. 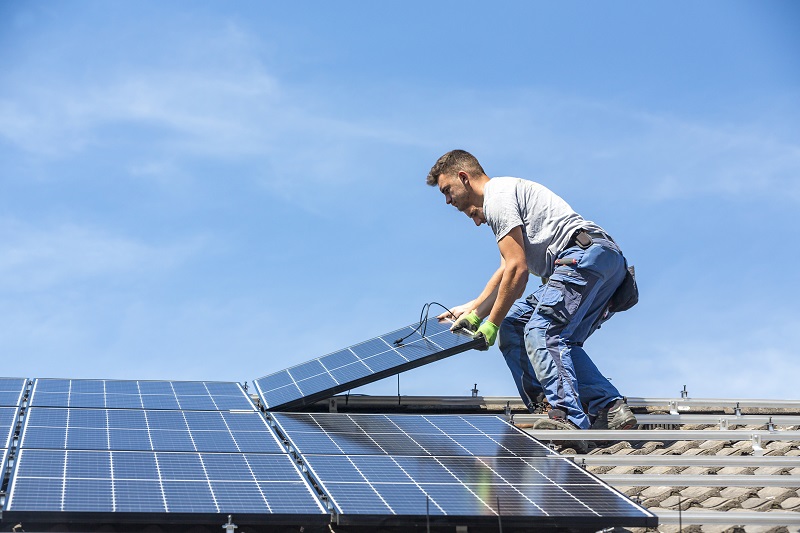 The battery solution means the Social Energy can make the most effective use of electricity generated by the home customers’ solar panels, trading stored energy at optimum times.

“After a nine-month policy gap, the new Smart Export Guarantee should help boost interest in solar as leading electricity suppliers compete with each other to offer attractive payments for clean power exported to the grid.

“At first glance, a competitive export market seems to be emerging. While some of the offers are lower than what we consider to be a fair, market rate, at least a third are priced above the Government’s export tariff.

“Unsurprisingly it is newer suppliers that are leading the way, and those in the Big Six will have to catch up if they are serious about offering prosumers a fair deal and driving renewables. Ultimately it will be up to Ofgem to decide if the market is meeting the reasonable expectation of fair remuneration for small-scale power exports.”

The league table for export payment can be found on The Solar Trade Association’s website, https://www.solar-trade.org.uk/seg/.

The SEG scheme finally replaced the Feed-in Tariff (FiT) that since 2010 had encouraged business and domestic investment in small-scale renewable energy generation. The FiT included an index-linked government incentive, payable over a 20 or 25-year period.

As well as payments for all electricity generated, even if it was used on-site, there was a healthy, guaranteed floor price for energy exported.

While the scheme’s incentives were reduced over time, it helped to boost the domestic and smaller business solar market.

Being able to sell excess energy back to the grid through the SEG is just one a range of benefits from installing solar panels in the home.

The efficiency of the power harvesting technology has improved and homeowners will benefit from reduced energy bills, drawing down much less from the grid through their supplier. With some installations, the household can cover 100% of energy needs.

With electricity prices continuing to rise, the ability to generate free power is a smart response to market pressures.

Along with lower bills and an income stream, solar panels help to cut carbon emissions, producing clean, green energy with no CO2 or other pollutants. It’s estimated that a home with solar panels can save about a tonne of CO2 being released into the atmosphere every year.

New solar panels continue to generate energy even during the winter and on cloudy days, while of course they reach peak efficiency with bright sunshine.

Generally, solar panels require little maintenance over their projected lifespan, with many carrying a 20-year warranty and some models that are expected to last for up to 40 years, with only the inverter needing to be replaced.

The solar panels will need to be cleaned but often the rain will do much of that work, particularly on rooftop installations. Dirt is easily removed by brushing with hot water and occasionally a mild eco-detergent.

Solar panels combined with battery storage and responsive metering systems are an effective long-term solution to ever-rising electricity costs and a big benefit to the planet.

Find out more about how you can reduce your electricity demand from the Grid.