You are here: SaveMoneyCutCarbonLearn&Save – OverviewWhat Warsaw climate change conference means for business and consumers in the UK
Compare Products 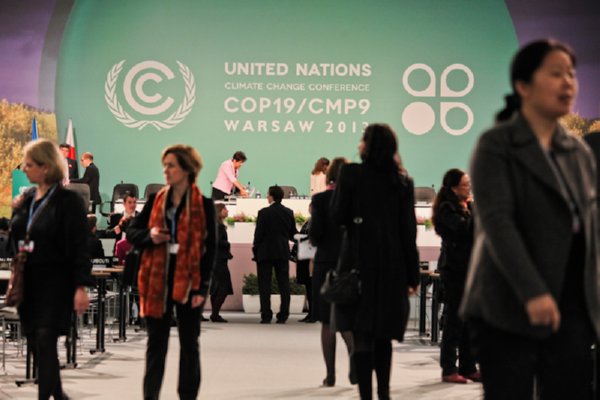 What does the just-ended United Nations Framework Convention on Climate Change (COP 19) in Warsaw mean for business and consumers in the UK?

The answer is, in the short term very little but over the longer term, the decisions made in Warsaw might have serious consequences in terms of business competitiveness and energy prices.

The COP talks were fractious to say the least, marked by delegate walk-outs and bruising discussions around commitment to climate change policies, with the convention extended by a day to reach a deal.

The outcome was an uneasy compromise that benefited the developing countries and effectively pushed the ideal of global action onto the back burner. It’s really now down to the UK, Europe and the United States to go it alone with national policies to maintain or extend their responses to climate change.

A potential threat here is that countries actively pursuing climate change strategies run the risk of imposing uneven requirements on the economy and businesses.

As Jessica Shankleman advises in her article on BusinessGreen, efforts by the European Union and the United States to ensure all countries make carbon reduction commitments by a deadline of early 2015 were successfully blocked by developing countries led by China.

The deal only requires countries “who are ready” to make “contributions, without prejudice to the legal nature”, to act by early 2015, if possible.

But Kevin Blanchard, a senior climate and environment policy advisor for EEF, the UK’s manufacturers association, warns that action at a national level may not be sufficient to drive investment.

He told BusinessGreen: “We have long called for an inclusive, ambitious legally binding global commitment which includes developed and developing nations. But a lot of work remains and entrenched negotiating lines that have led to fractures in previous talks remain a key obstacle.”

He said that moves by Australia, Japan and Canada, to weaken previous carbon reduction commitments had been unhelpful. “We remain extremely concerned that the bottom up approach adopted will not deliver the ambition needed and will fail to deliver a level global playing field for manufacturers.”

Without that balance, it does seem likely that pro-active economies will find themselves at a disadvantage in commercial terms, as the competition will operate under less burdened conditions.

The knock-on effect for consumers could be significant, both in terms of prices and conditions of life.

We at SaveMoneyCutCarbon feel that the best way to cut carbon footprint, as well as hedge against future energy and water price rises, is through proven, effective, cost-cutting and simple steps to cut consumption so saving energy and reducing CO2 emissions.

These should be nationally supported by the Government and focus on replacement of ridiculously inefficient traditional lighting with superbly effective LED lighting, and swap out of old water-guzzling shower and taps with eco solutions, including eco shower heads, eco taps and tap aerators.

This goes for both homeowners and businesses, who have the additional opportunity to cut costs of heating and ventilation, as well as using intelligent building controls to help push bills down, instead of up.

Talk to us about ways to cut your energy and water bills, while reducing your carbon footprint by calling 0333 123 5464 to start the conversation.