You are here: SaveMoneyCutCarbonLearn&Save – OverviewLED street light projects should save councils millions of pounds a year
Compare Products 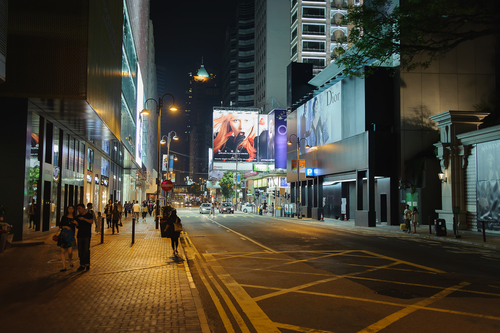 LED street light projects across the country should save councils millions of pounds a year through lower energy use and reduced maintenance costs.

This is very welcome news for hard-pressed councils – and the businesses and households who fund the local economies and communities through business rates and council tax. It also points the way for companies and consumers, who are struggling with spiralling energy bills.

Consumers still using incandescent bulbs will see dramatic savings and carbon reductions, and will see a visible difference still to their bills but more important their quality of light by switching from other energy-saving options. There’s really no need to suffer the cruel and cold poor quality of light that the curly-wurly bulbs deliver.

Three LED street light projects recently announced are worth looking at in detail . First, Edinburgh has drawn up radical plans to replace dull sodium bulbs with bright LEDs as part of a £30 million project to bring the Scottish capital’s street lights into the 21st century.

According to The Edinburgh Evening News report published yesterday, the energy-efficient bulbs will save nearly 40 per cent on the £2.97 million spent each year illuminating the city and are should continue to deliver more savings as energy prices are expected double in the next decade.

Interestingly, the council is considering LED lighting refits inside the city’s 14,0000 tenement stairwells, which currently cost £800,000 a year.

The council made its LED street light decision based on trials in Saughton Mains and Gilmerton Dykes, where 271 lights were upgraded.

Light quality was an important factor and the trial change received an 80 per cent public approval rating.

A £2.1 million interest-free loan has been secured to transform 6,000 street lights, but the city’s environment team is targeting a city-wide roll-out ultimately costing around £30 million.

According to the newspaper report, sustainability lead councillor Jim Orr says that the wholesale revamp of street lighting is part of “Edinburgh’s sustainability journey”.

“The LED lights were found to make streets look crisper and better and that’s why they were so well received in the two pilot schemes. So, by rolling out LED lights we’re making Edinburgh look better as well as saving money and reducing carbon emissions. We were delighted with the results of the pilot, which really highlights the benefits of modern, efficient LED lights.

“They provide much more direct light and illuminates roads and footways with much less light pollution or light directed upwards.”

Massively reduced maintenance costs are achieved because LED lightbulbs have a much longer lifespan, with planned replacement only once every 20 years compared with every two to four years now.

Street lighting will be included in the carbon reduction commitment tax from April 2014, meaning carbon tax must be paid on lighting energy consumption. Current estimates are that this would be in the region of £245,600 per year.

London is also switching onto the LED lighting revolution with an £11 million project to replace 35,000 street lights and save £1.85 million a year, cutting energy consumption by 40 per cent.

The capital plans the largest-ever single investment to modernise its street lighting by 2016 and a new system will be deployed to manage and control lighting levels remotely, responding to traffic flows and road usage.

First phase of the project will cost around £11 million, delivering annual savings of at least £1.85 million, while reducing associated CO2 emissions by 9,700 tonnes a year.

And Transport for London advises that the new LED technology would be rolled out across the majority of its 52,000 street lights over the next 10 years.

The move comes after trials, such as the Upper Thames Street Tunnel, which in 2011 was the first UK tunnel to have linear LED lighting. The LED refit has cut energy consumption by 60 per cent as well as reducing maintenance costs. The remote management systems have also been trialled in Birmingham and the London Boroughs of Croydon, Lewisham and Hackney.

Boris Johnson, Mayor of London says: “With tens of thousands of lights marking the way on our road network it makes complete sense to focus energy and resources on bringing them up to 21st-century standards. This is the largest investment to modernise street lighting on major roads in our capital’s history and will not only cut carbon emissions and save money but will also lead to even better and safer roads for Londoners.”

Our third example in the LED street lighting revolution is smaller but just as significant because it shows how every council can achieve impressive savings with bold action.

New LED street lights are being installed in Charfield, South Gloucestershire in the first phase of a district-wide rollout from this May, and part of a ten-year programme.

Work started this week to install nearly 300 LED street lights and the council expects to cut the parish’s street lighting costs from £11,000 to £3,500 per year while reducing related carbon emissions from 45 to 10 tonnes.

And from this May, LED street lighting will be installed across all of South Gloucestershire’s 30,000 street lights at a cost of around £14 million. The LEDs should deliver roughly an eight-year payback, after which the total annual savings will be about £800,000 at current energy prices.

LEDs also provide increased flexibility over usage as the council will continue with its part-night lighting strategy, planning to dim all LED street lights by 25-50 per cent as evidence from other local authorities suggests that dimming LED street lights by this level is barely noticeable to the human eye.

According to the Bristol Post report, Mark King, Head of Streetcare, South Gloucestershire Council, says: “Just as most residents have now swapped inefficient incandescent light bulbs in their homes for low-energy alternatives, we are also moving to install our own low-energy, low-cost LED lights that will make a big difference to our street lighting energy bills and CO2 emissions.”

From where we sit, the case for country-wide LED lighting adoption is now confirmed. Every single council, business, organisation and household can cut consumption, cut bills and cut carbon footprint with this simple step. And now is the time, because energy prices will continue to rise steeply.