New data from the Government suggests that watching TV, washing clothes and even turning on the lights is now cheaper than it was ten years ago.

Now, that might come as a surprise to many households as they review their electricity bills. It was a bit of a shock for us, bearing in mind that all the statistics of the past year or more have unequivocally stated that energy costs have doubled over the decade.

Reading the research closely, we discovered that the Department of Energy and Climate Change was sharing some positive news about energy efficiency, rather than utility bills. 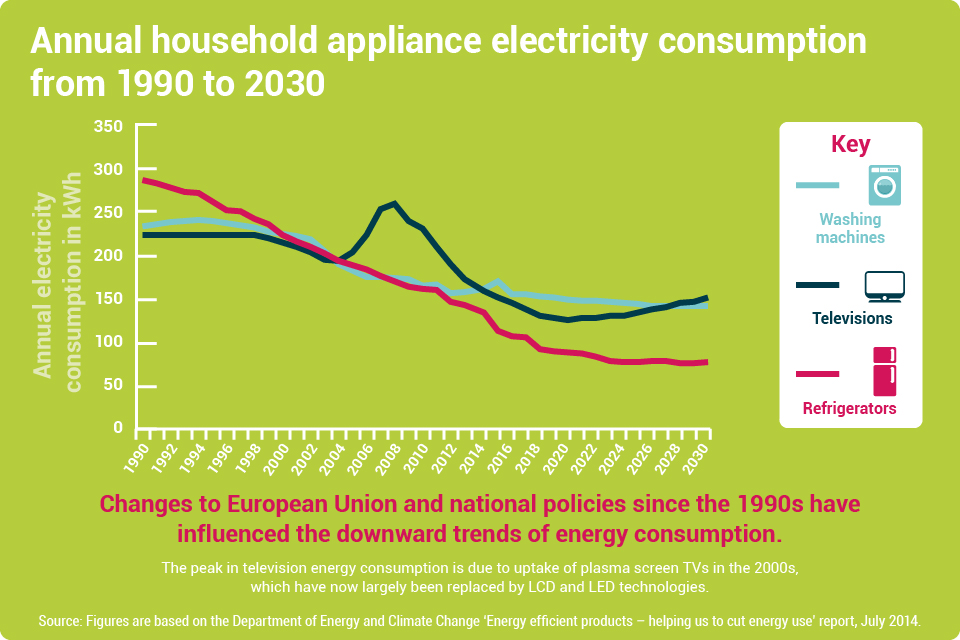 DECC reports that an appliance’s energy rating is the most important factor for consumers when choosing a new fridge or washing machine. In just three years, the sales of energy efficient refrigerators, washing machines and televisions increased by around 18% on average.

But the most pleasing piece of information from DECC is its wholehearted endorsement of LED lights.

DECC says: “Households could spend 80% less if they used LEDs rather than traditional bulbs over the course of the LED bulb’s lifespan. This includes the cost of purchasing traditional light bulbs over five and half years, which would be about £135, compared to a single LED that will last the same amount of time and cost only around £9.30.”

“If switched on constantly, a single LED bulb lasts around five and half years – that’s 50 times longer than a traditional light bulb, which lasts only about 42 days.”

We advise our customers that a quality LED light should last for up to 50,000 hours. Going for a reputable, trusted brand rather than a “cheap as chips” import will ensure exceptionally long lifespan and best quality of light.

We also recommend investing in eco shower heads, eco taps and tap aerators. These products reduce water consumption by more than 50% and so cut the energy used to heat and pump the water.

The report was published alongside the Household Electricity Survey which showed that as more and more households save energy through better appliances, there is the potential to save around 13% of the UK’s total residential electricity consumption – equivalent to two large power stations. 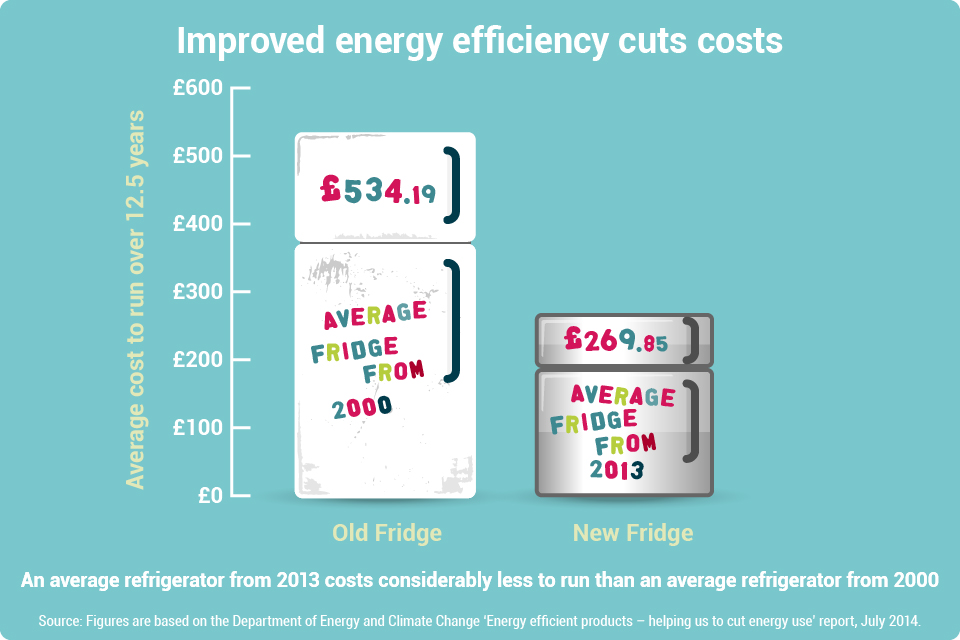 The report looked at the impact of energy efficiency standards and labels for refrigerators, washing machines, televisions.

With continual price reductions, buying these products in 2013 would have cost households around £250 less than if they purchased equivalent models in 2000 or 2001.

The report focused on European-wide standards aimed at making household appliances more energy efficient and removing the least efficient products from the market.

Energy labels indicate relative performance in terms of efficiency, steering consumers towards the most efficient models. The Household Electricity Survey focuses on how electrical appliances are used in homes and identifies what consumers can do to help to reduce energy consumption.

Ed Davey, Energy and Climate Change Secretary, says: “Making everyday appliances more energy efficient has helped to keep more money in the pockets of consumers – without people having to do a thing.

“Newer, less power-hungry appliances are coming out all the time thanks to better product standards and improving technology – which means running costs are going to keep falling, saving people even more money.”

To that, we say simply – “thank goodness for small mercies”. We are all facing ever rising utility bills. It is a fact that they have risen by nearly 40% in the past three years alone. And we’re pretty sure that Mr Davey is aware of growing anger over the way the Big Six energy companies operate. Without energy saving products, our bills would be so much higher.

These little lamps are the way forward, the interchangeable lenses make them ideal for several generic… Read more