It’s raining this morning. The rain, harshly beating against Jason’s bedroom window, has been relentless all through the night.

The light creeping into the room through the blinds is stronger than usual, Jason thinks to himself as he wakes up. It’s definitely brighter than normal. The overnight rain has caused multiple accidents on Jason’s route to work and traffic is already building up. He is being woken 45 minutes early as his smart device has calculated that his commute is going to be far longer than normal.

Jason is frustrated but also relieved that he is far less likely to be late for work. A few quick taps on his smartphone and his coffee begins brewing downstairs while he takes a shower. “There’s no chance I’m energised enough to be up this early,” Jason mutters and then, “Alexa, play my ‘Damn you, A14’ playlist in the bathroom.” Wake Me Up by Avicii starts to play.

Dried and dressed, Jason grabs his coffee and heads out of the door.

It’s only 7:30am and Jason’s smart technology has saved him from being late for work…

Fast forward, and 25 minutes away from home, Jason’s heating kicks in as it detects that he’s almost back. Knowing that his steak & onion pie will take some time to cook, Jason also instructs for his oven to be turned on ready to begin cooking as soon as he’s home.

Mid-dinner, Jason’s phone begins to buzz with messages from his new boyfriend. Mike wants to come over, an unplanned visit.

“Alexa, hoover the lounge,” Jason blurts as his smart vacuum flies out from underneath the stairs.

Just enough time for a quick shower before the doorbell rings.

“Alexa, put the lounge in romance mood.” The lounge lighting dims softly, music begins to play from each corner of the room and the blinds are closed.

Smart homes don’t necessarily have to make you feel as if you’re far in the future. The beauty of smart products is that they can make life that little bit easier and enjoyable.

In the narrative above, Jason:

This could be your home

Your home could do all of this for you too if you chose the right technology.

Chances are you already have a smartphone, and maybe even an Amazon Echo or Google Home device.

Making your home smarter can be a gradual process, you don’t need to buy everything all at once. Perhaps begin by buying a smart plug and a few smart bulbs. With these, you could set “moods” for your lighting and turn your TV on rather than leaving it on standby and wasting energy. 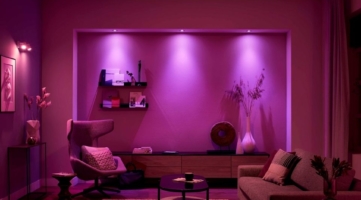 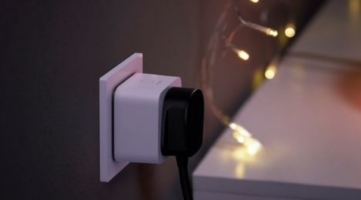 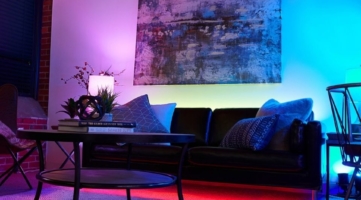