SaveMoneyCutCarbonLearn&Save – OverviewWhat should I do with my dog waste?
Compare Products

Picking up your dog poop, not the most pleasant of topics but as 24% of the UK population are dog owners, there are some things we need to know.

In the UK there are roughly 10.1 million dogs – that’s a lot of poop! To be specific, the average dog produces 150 pounds of waste a year (or 68 kilos). Added up, that’s 686,800,000 kilos of dog waste per year. The Guardian revealed that since the pandemic, the amount of littered dog waste has increased. Imagine how much plastic is sitting in your local woods, and of course, landfill.

Furthermore, dog waste is both an environmental pollutant and a human health hazard as it’s full of bacteria and pathogens. If you don’t pick up your dog waste, the pathogens can find their way into our soil and waterways. So, always pick it up!

However, it’s easy to collect dog waste in plastic bags, dispose of it in the dog waste bin and forget about it. But those bags don’t stay in the bin forever or magically disappear. Rather, they get sent to landfill where they will remain for thousands of years, repeatedly releasing methane. In order to show some kindness to the planet, there are other ways to dispose of your dog waste. 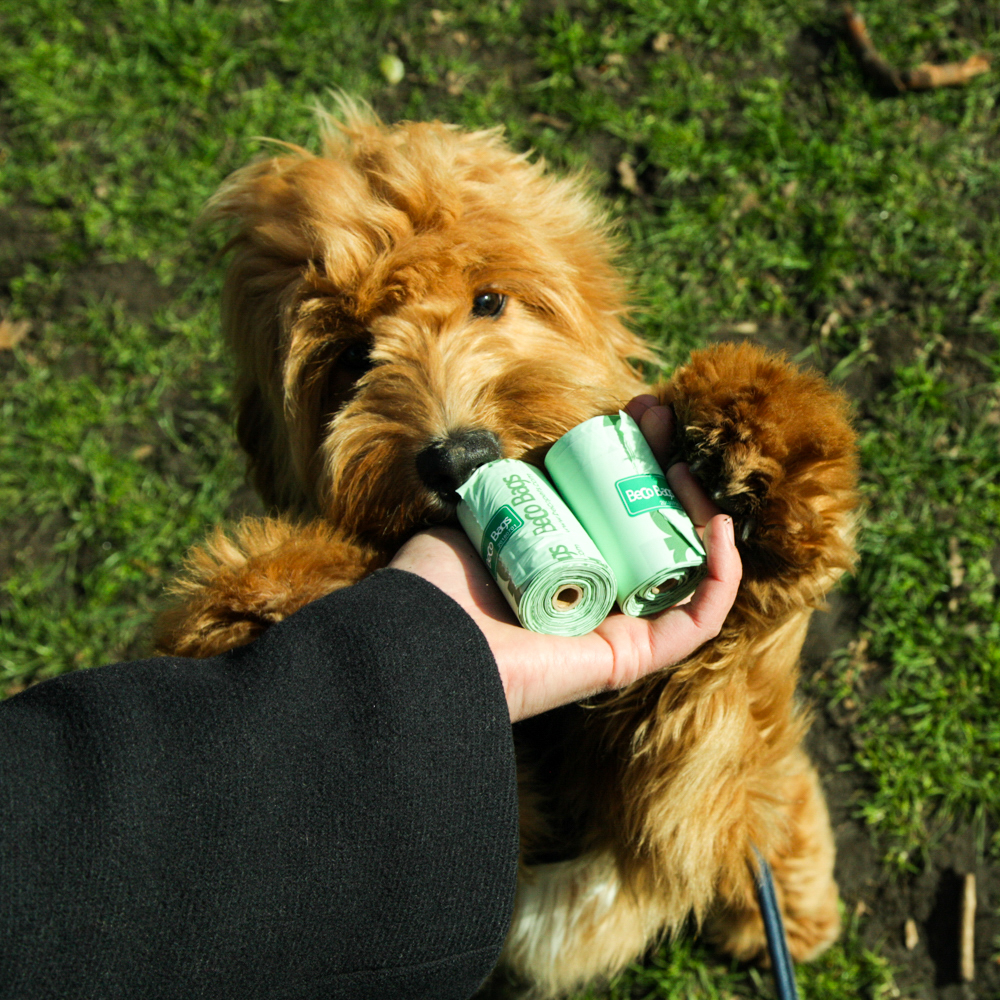 Firstly, burying your dog waste in the woods or your garden is not the same as composting. Compost heaps are full of microbes and if properly managed by maintaining a high heat and frequently turned over to minimise moisture, the compostable waste bags will decompose in three months. By using grass clippings and re-filling the layers, the compost can reach 60°C and kill the bacteria.

Compostable waste bags like Beco Pets’ are made from cornstarch, which has the strength and versatility of plastic, without the negative environmental impact. They are completely biodegradable and will return to their natural elements so you can dispose of them as normal in a dog waste bin or compost them at home.

However, it is best to compost them as it takes less time to completely breakdown and you’re saving unnecessary waste ending up in a landfill.

Can I flush dog waste down the toilet?

According to the United States Environmental Protection Agency (EPA) and The National Association of Clean Water Agencies (NACWA) both say yes, if it’s not in a bag.

However, it’s best to check with your water supplier because not all waterworks can fight the pathogens. Anglican Water says,

“the sewer network is not suitable for this kind of waste because of the presence of Toxocara (roundworm) in animal faeces, which is tolerant of the relatively high temperatures and harsh conditions found in the final digestate stage in processing the used water that comes through to the treatment works from sinks and toilets”. 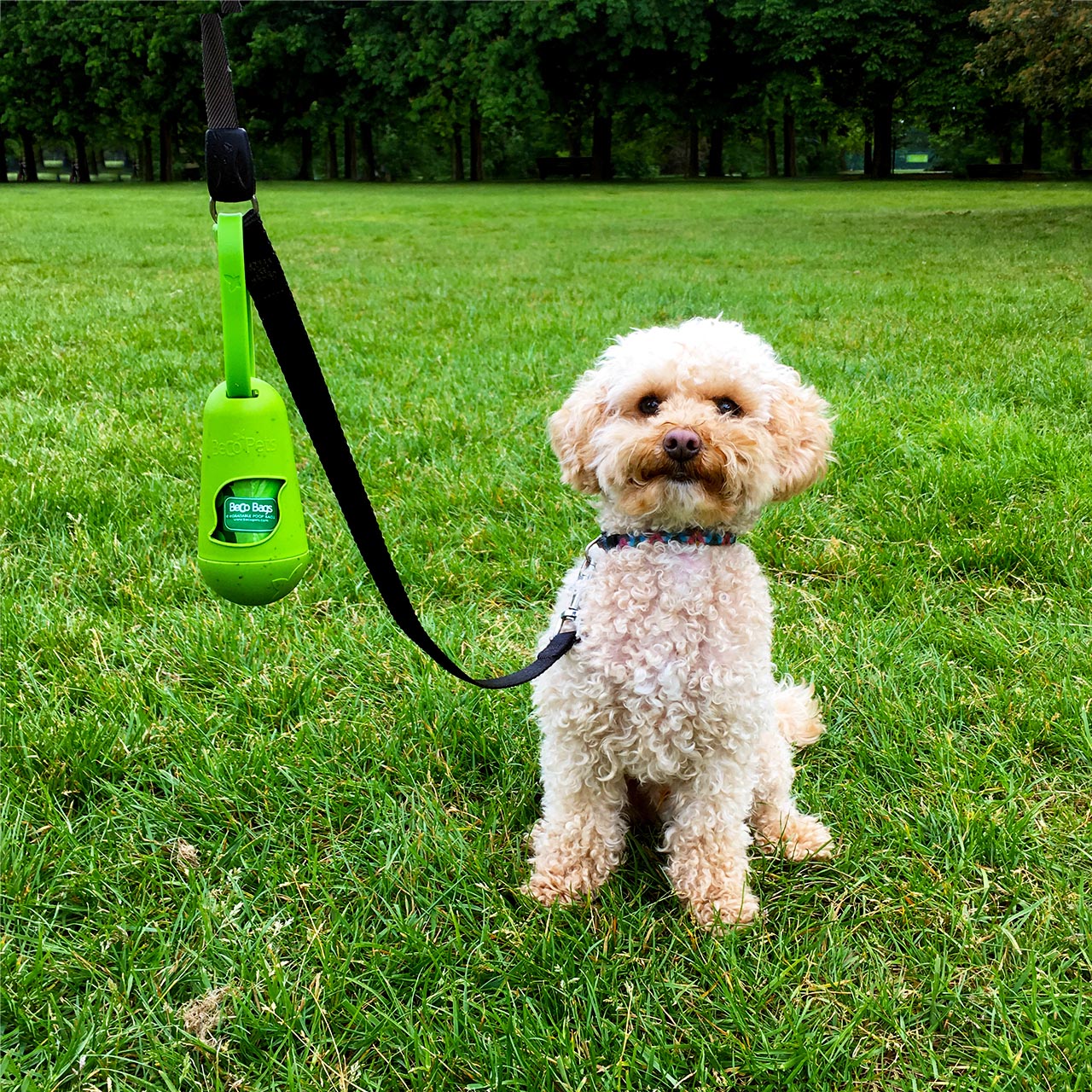 Also known as vermicomposting, just as you can use worms in the compost bin for your kitchen waste, it works similarly for dog waste, but you’ll need two separate farms. The bedded box will typically use Red Wigglers which are found near the soil’s surface and feed on decaying organic matter.

For a healthy diet the worms can be fed on 50% waste and the remainder, a mix of paper, cardboard and leaves. The farm will need to be shaded in the summer and out of strong winds – a shed or garage would be a good place. Or, even if you live in an apartment or house with little to no garden, you can keep your worm farm in your kitchen. But note: if you have recently wormed your pet, wait two to three weeks before you put their waste in the farm.

In the end, the worms will have created a magic food for your plants that is super rich in nutrients and loaded with microorganisms.

Or you can push the boat out and turn your dog waste into power like Brian Harper. The Guardian reported that Harper made the UK’s first dog-poo powered streetlamp. It involves dog walkers depositing the waste from paper bags into the hatch and turning a handle.

The contents are then broken down by microorganisms in the anaerobic digester which produce methane to fuel the light. He calls it the ‘K9 Bio System’. Harper estimates that 10 bags of dog waste will power a lamp for two hours. In response to his unique method, people have contacted him from all over the world to help address the dog waste and plastic problem.

“I reckon that conservatively 1 in 5 dogs are having their poo picked up in plastic bags. Dog poo goes straight to landfill and becomes a major contributor to the methane gas that comes out of landfill,”

“But we grab the methane at source, and don’t transport the   waste or send it to an incinerator that gobbles up even more energy. And it’s also a big reducer of the plastic bag problem. I want to see this idea spread around the world and make a significant contribution to the reduction of greenhouse gases – as well as the problem of dog poo on our shoes.”

All in all, composting and vermicomposting are the greenest ways to get rid of your dog’s waste. But we know that bags are often the most convenient, so if you do have a compost bin or heap at home, using Beco bags will significantly help the environment, and even if you don’t, you’ll still be minimising your plastic waste. 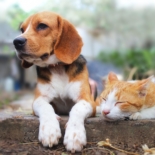