It is estimated that the supermarket fridges consume around 1% of the country’s electricity – enough to power 800,000 homes.

And a study backed by the Department of Environment, Food and Rural Affairs found that the whole of the retail food sector used around 3% of the entire annual UK energy output.

Campaigners also say that the fridges have an effect on the climate by releasing super greenhouse gases into the atmosphere.

The refrigerant used in many of the coolers consists of hydrofluorocarbons (HFCs) super greenhouse gases is far more potent than CO2 in their effect on the climate. Some retailers, including Aldi and Tesco, have made a commitment to reduce their HFC use.

Refrigeration uses the most energy in a supermarket, accounting for 30-60% of the 1.5 million kilowatts of electricity consumed annually in a 30,000 sq ft outlet, according to government data, although precise figures are hard to define given the complex mix of energy use in stores.

“It’s a terrible waste of money and some stores have introduced closing doors.” 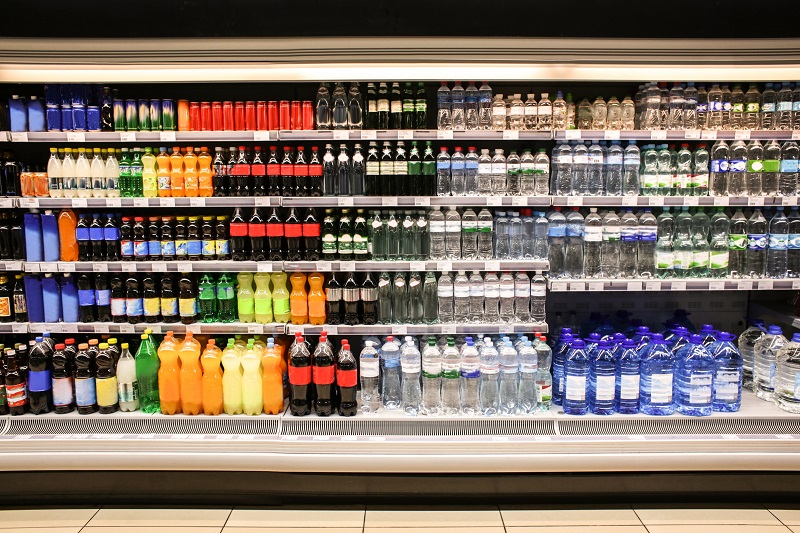 If all supermarkets and retail food outlets were to have doors on their open fridges and freezers, it would save the same amount of energy that’s used by the entire residential population of Poland, according to information on a petition launched by Brighton doctor Jonathan Golding and his sister Gem.

The petition calls for the Government to ban open fridges in supermarkets and has over 31,000 signatures. Dr Golding launched the petition after experiencing the energy wasted at Gatwick Airport.

“Aside from the cost wasted in energy bills, the emissions this could save us is monumental. Putting doors on fridge/freezers could cut electricity usage by up to 40 per cent.

“In France, supermarkets have signed up to a voluntary agreement to put doors on three quarters of their 450 miles of fridge aisles by 2020. So why is no one else taking action?”

Food retailers use open fridges partly because they feel this environment can stimulate impulse purchases, allowing shoppers to easily see the goods but the Cool Products advocacy group says that studies have found the opposite effect.

It says installing doors would result in a more comfortable shopping experience as temperatures would not drop around fridge/freezer products.

The group argues that action is long overdue, having been a focus for the European Commission since 2006. In 2014, an EU study confirmed potential annual electricity savings of about 18TWh and up to 58TWh by 2030 across Europe – enough to offset the production of almost 25 medium-size coal power plants.

This would be achieved by introducing minimum performance requirements under the Ecodesign framework and an Energy Label to encourage buyers to integrate the energy impact in their purchasing decisions.

“The step to install doors on supermarket fridges and freezers is a no-brainer. Retailers will benefit from lower energy bills, a more climate conscious image, and ultimately, happier consumers. It’s a win-win for everyone, especially for the environment. Because of climate change, we simply can’t afford to be so careless with energy any longer.”

The Co-op group says that it is one of the first major retailers to start fitting doors on fridges and that over the past year it reduced greenhouse gas emissions by 20%, as part of longer-term strategies to safeguard the environment and tackle climate change. All Co-op stores, offices and funeral homes use 100% renewable electricity.

According to waste management company, BusinessWaste, if all UK supermarkets put doors on their open fridges, the electricity saved would be twice as much as that that generated by the coal-fired Drax power station in Yorkshire, which is Europe’s second largest.

Mark Hall, spokesperson for BusinessWaste, which joined the campaign against open fridges said:

“Committing to reducing harmful emissions is all well and good, but retailers have been slow to do so in practice – and by continuing to use open fridges, they are simply paying lip service to improving their environmental credentials. Shoppers adapt quickly to new initiatives; the 5p plastic carrier bag levy is an excellent example of the general public quickly adopting new ways of shopping.

“And, with environmental concerns higher than ever on the public consciousness, we are finding that consumers are increasingly willing to accept that changes must be made to prevent further damage to our planet.”

The Department for Business, Energy and Industrial Strategy said that new European minimum energy performance standards were due to take effect in 2021.

“They set a minimum energy efficiency limit that all manufacturers placing products on the market must meet. The legislation therefore leaves it up to the manufacturer as to how they meet the requirements, which could include but is not restricted to putting doors on fridges.”

Meanwhile, Asda supermarket group, the UK’s third largest, has announced that hundreds of its stores will use their fridges as a virtual battery pack for the UK energy grid this winter.

It has signed a long-term deal with the National Grid whereby the freezer aisles and storage fridges in 300 stores and 18 distribution depots will make up a 13-megawatt source – enough energy to power about 8,500 homes, when needed.

This will not only earn Asda extra revenue, it will also help to balance the electricity grid. Asda has also signed up to a trial where fridges are called on at only 10 minutes’ notice to act as a “safety net” source if there is an unexpected power station outage.