The development of solar power is one of the core elements of the UN’s path to net zero and sustainable development goals – yet it has been sorely neglected in the UK in recent years by government.

COP26 in Glasgow from November 1-12 will no doubt be addressing ways to develop this renewable resource source to power industry, organisations, communities and homes. The climate summit focus is, in part, framed by the UN Sustainable Development Goals, and global access to clean energy is the seventh target.

It’s worth bearing in mind that about 75 per cent of total greenhouse gas emissions come from production and use of energy, and is a main cause of the climate crisis. While the focus during the talks in Scotland is global, we can look locally to examine the record, progress and future of solar power in the UK within the wider context of achieving net zero by 2050.

When the government reduced, then finally removed subsidies in 2019, there were many who predicted its demise. But the sector has proven very resilient. While it has seen an understandable contraction from the peak of 4GW of new capacity annually, it continued to grow throughout the COVID-19 pandemic. More than 1GW of solar has been deployed since 2019.

And Solar Energy UK, trade association for the sector confidently forecasts that this trend will accelerate. It points out that solar is one of the most affordable, efficient, and popular zero carbon electricity generation technologies, and the government’s own studies confirm that more than 86% of people support its use. 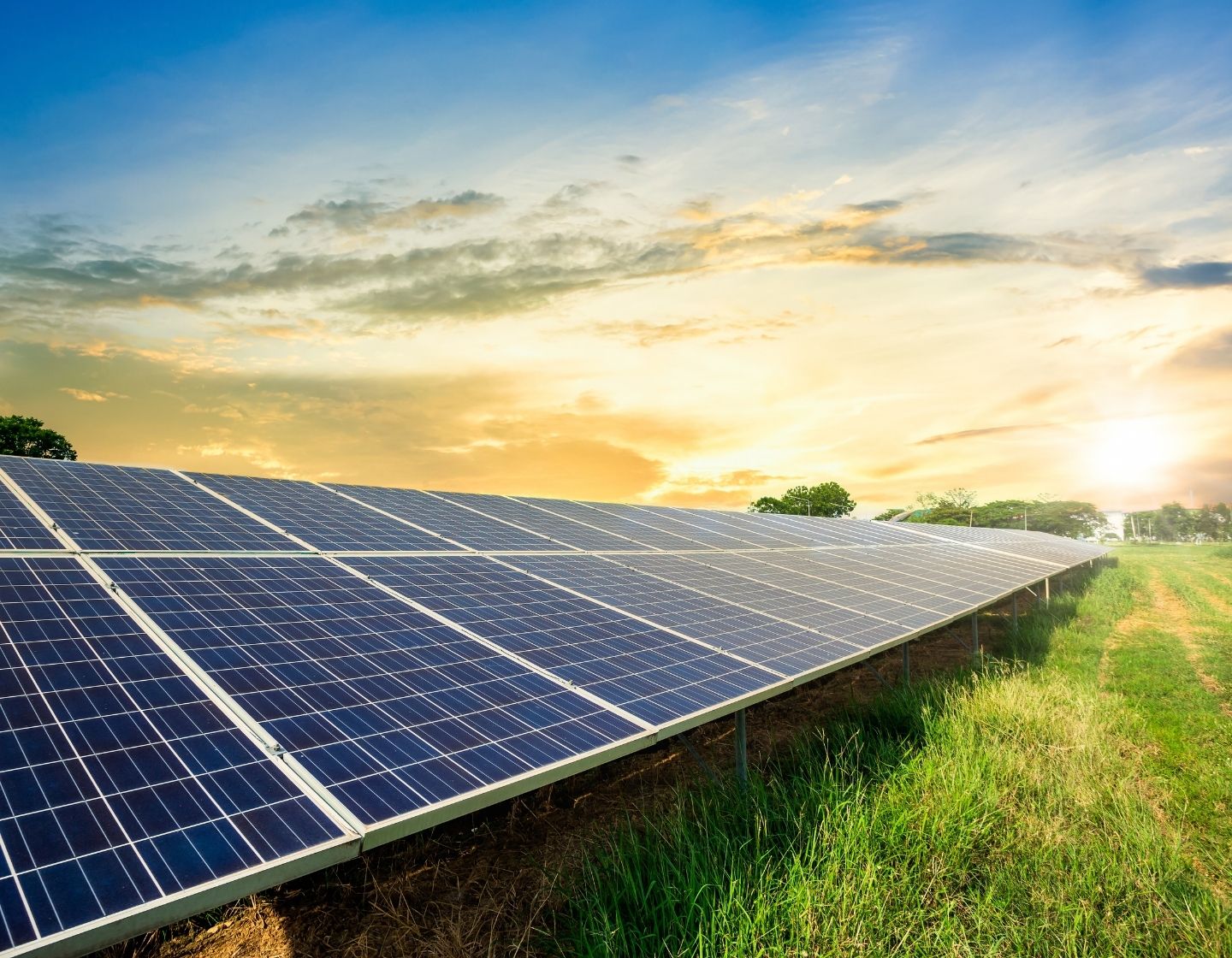 But while the industry is doing well after with withdrawal of economic support by government, it needs some sustained official attention. This might materialise in the much-anticipated and long-delayed Heat & Buildings Strategy. If not, the government must refocus resources to accelerate the expansion of the sector

It is clearly one of the key renewables in the net zero mix, and despite the detractors who point skywards to the lack of sufficient sunshine, it has a robust and sustainable future. With government help, the timelines for greater net zero contributions become positively compressed.

Roughly 14GW of solar capacity has been installed in the UK and the Committee on Climate change advocates the deployment of a further 54GW by 2035 while the National Infrastructure Commission estimates that 38GW will be needed by the end of the decade if we are to stay on the net zero pathway.

Upping the ante slightly, the sector itself is pushing for the government to commit to a minimum deployment target of 40GW by 2030.

As Solar Energy UK advises in its recent report Lighting the Way, doing so will require installed solar capacity to triple over the next decade, with an average annual installation rate of 2.6GW, with 10% of this to be deployed in Scotland. 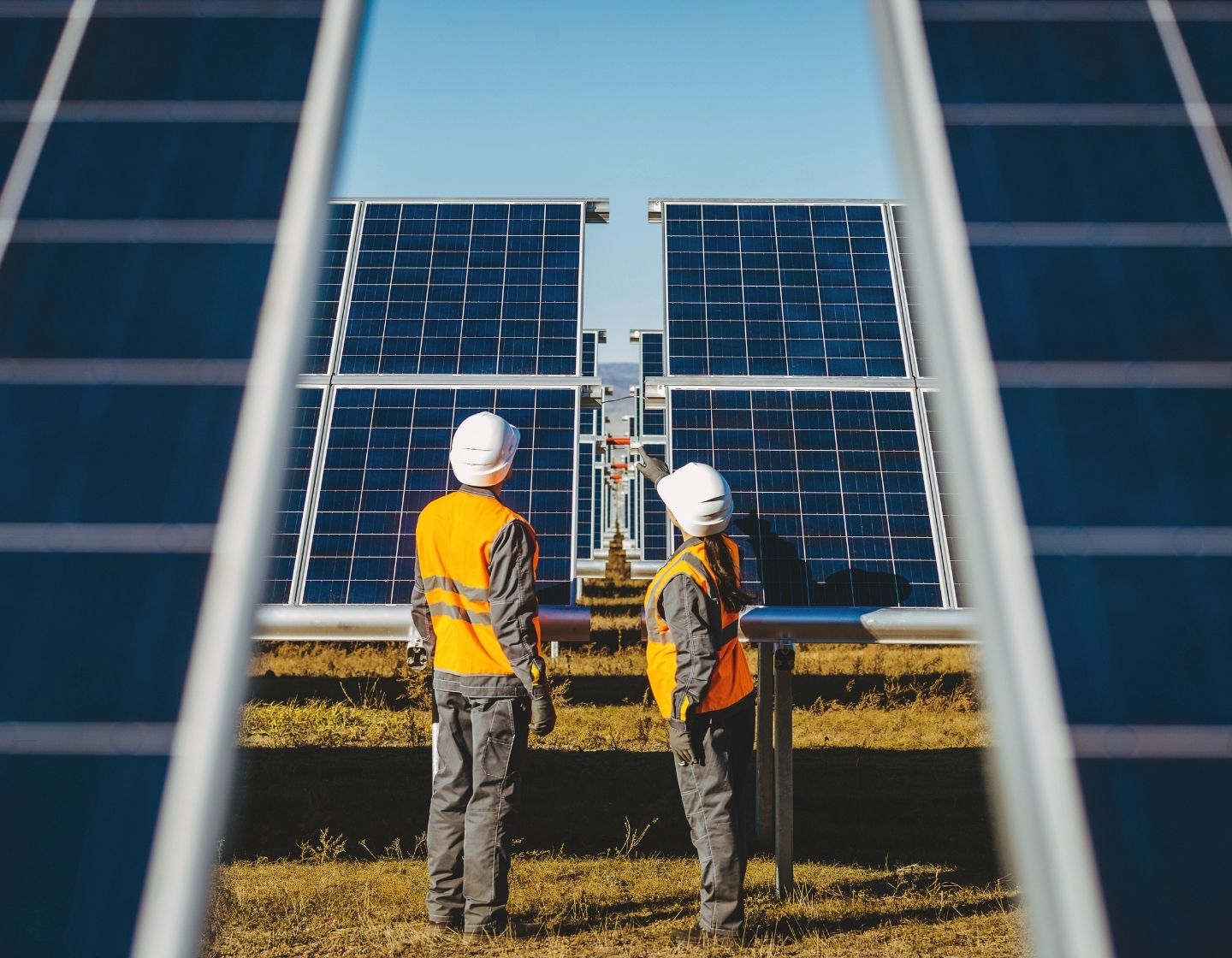 This is backed by respected organisations in the fields of climate, community energy, green buildings and green finance who earlier this year highlighted that the sector continued to make history in 2020in including:

Earlier this year, these organisations published a joint statement to the UK government setting out four priorities on solar and they said:

1 Set a minimum target for the deployment of solar energy

This should be in line with independent assessments of how much solar is needed to help the UK meet its net zero aims. Industry body, Solar Energy UK, says it is possible to deploy 40 GW of solar energy by 2030, which we endorse and suggest should be the minimum.

The deal would support this deployment, in line with government support for other renewable generation technologies, such as offshore wind. The sector deal should include detailed planning to develop the skilled supply chain which supports the solar and energy storage industry and can help provide a green economic recovery.

3 Recognise that solar is the most attractive technology

It can operate at a community scale, and its deployment is valuable both in illustrating and engaging people in the energy transition 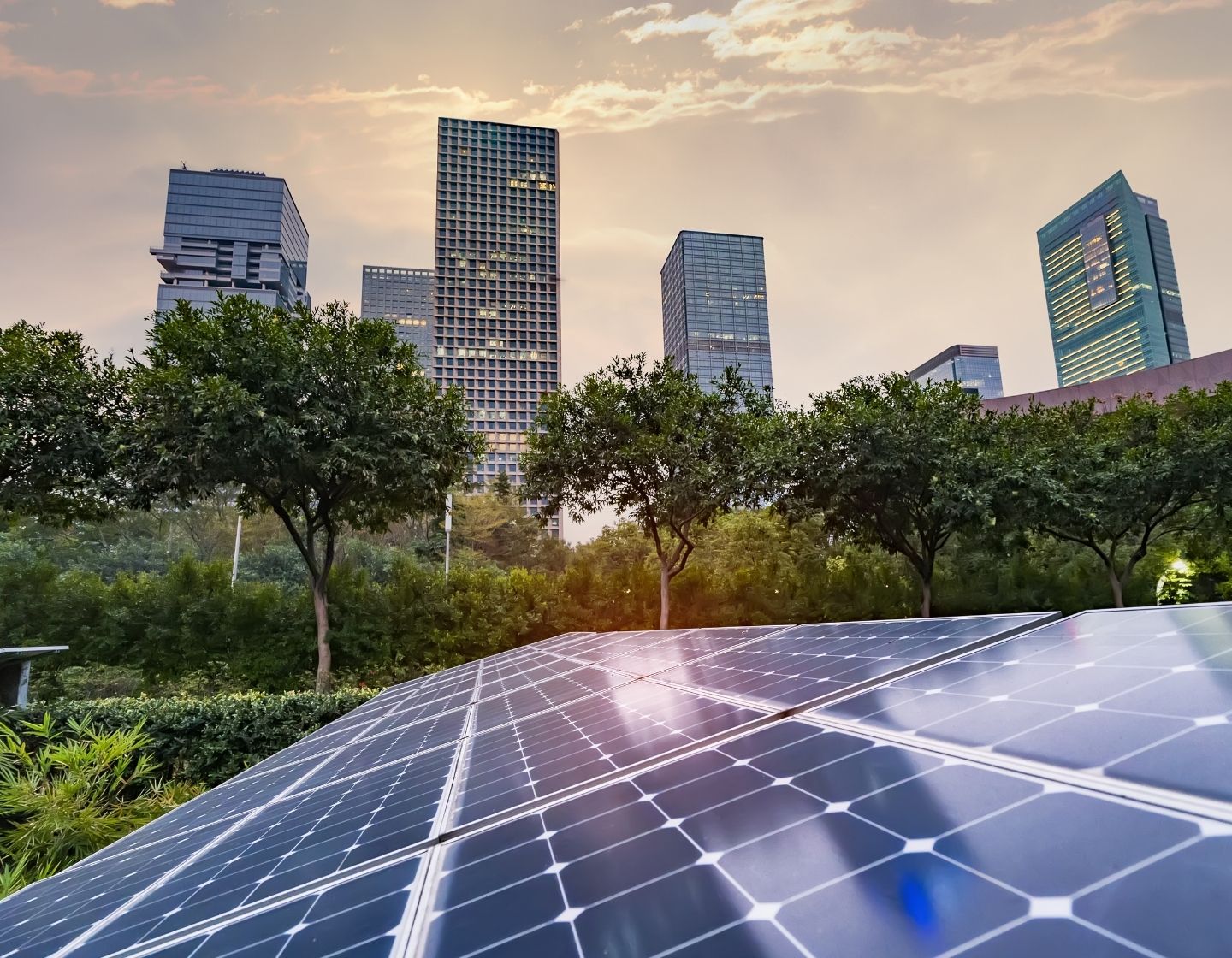 Solar Energy UK predicts that a scaling up of capacity could create 13,000 green jobs while fuelling £17 billion of new economic activity, and  reduce carbon emissions by 21.2 million tonnes a year – around 4.7%.

What’s not to like about this? Putting it bluntly, all the sector is asking for is to be given the same levels of support being lavished on the windpower industry. It is asking for policy and regulatory changes to maximise potential and accelerate ambition in residential, commercial, and utility-scale markets.

Furthermore, it is calling for business rates to be reformed and the scrapping of VAT on solar energy systems. It also wants solar to continue playing a role in renewable energy auctions.

The report advocates the raising of building standards with emphasis on solar, more funding for solar retrofits on homes and public buildings, and clearer definitions for solar farm planning.

“Solar companies up and down the country are in a strong position to deliver the growth needed to meet the UK’s climate commitments. However, the Government must act now to accelerate deployment to ensure their net zero targets are met. Jobs, economic growth, and a massive reduction in carbon emissions are all up for grabs.

”Solar is affordable, reliable, and immensely popular with the public. Every additional unit of solar energy generated in the UK cuts the amount of coal and gas we burn today. It can and must play a bigger role in the UK’s green economic recovery.” 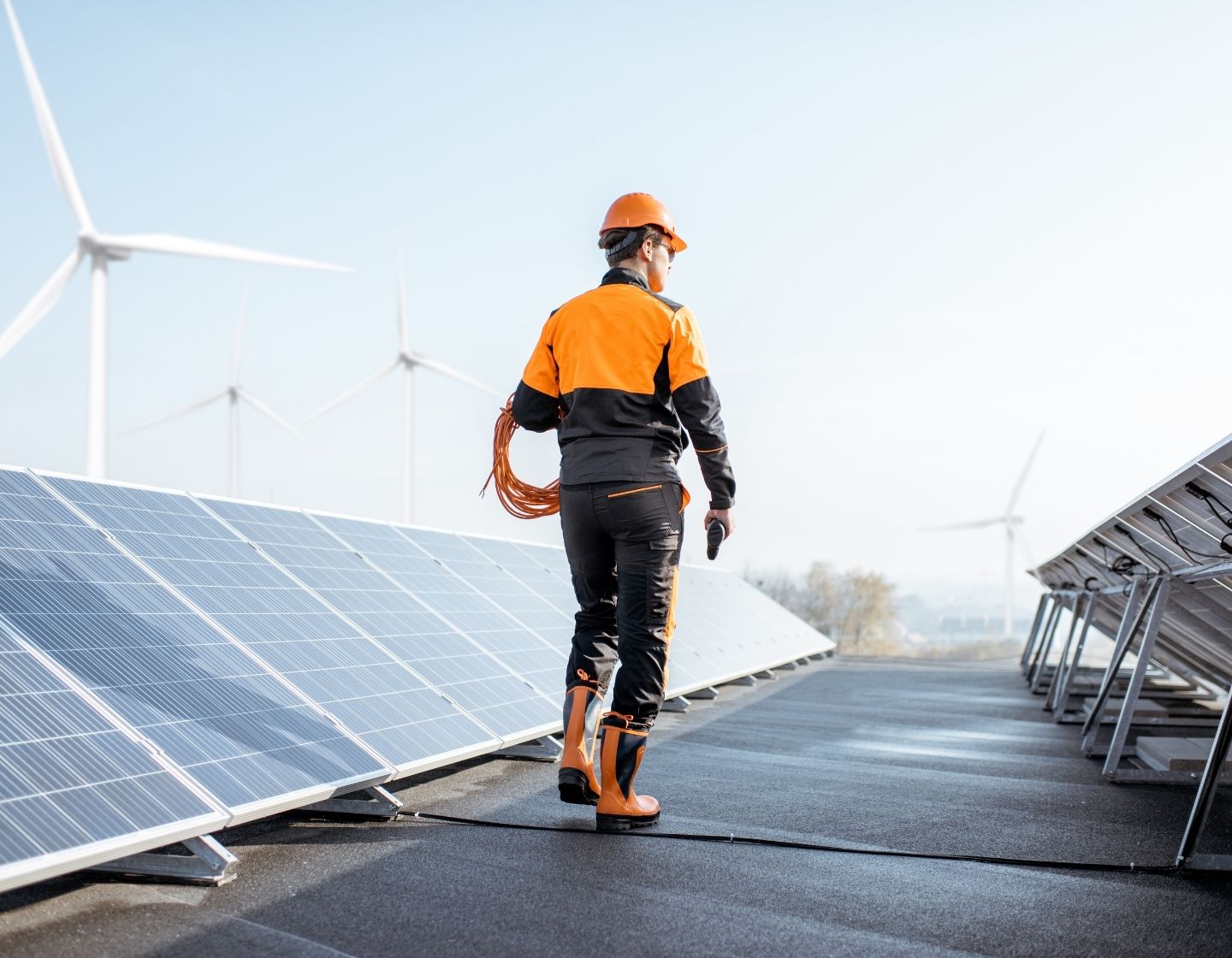 Taking a wider view, the first leader-level meeting on energy in 40 years, supported by the UN General Assembly – the UN High-level Dialogue on Energy – had solar front-of-mind as it negotiated more than US$400 billion in new finance and investment by governments and the private sector to increase renewables and access to electricity and clean cooking technologies.

The UN energy summit in New York on September 24th was very much a precursor to COP26 and aimed at boosting efforts to improve the conditions of 800 million people living in energy poverty without electricity access while setting the world on a trajectory towards net zero emissions by 2050.

More than 35 countries, from Small Island Developing States to major emerging and industrialised economies, made new Energy Compacts with several new partnership initiatives aiming to provide and improve access to reliable electricity to over a billion people.

As the International Energy Agency points out in its recent report, ‘NetZero by 2050’, solar energy technologies represent one of the least carbon-intensive means of electricity generation. It says: “Solar power produces no emissions during generation itself, and life-cycle assessments clearly demonstrate that it has a smaller carbon footprint from ‘cradle-to-grave’ than fossil fuels.”

Solar forms one of the IEA’s key renewable “pillars of decarbonisation” and the agency’s pathway to net zero calls for scaling up solar and wind rapidly this decade, reaching annual additions of 630GW of solar photovoltaics (PV) and 390 GW of wind by 2030, four‐times the record levels set in 2020. For solar PV, this is equivalent to installing the world’s current largest solar park roughly every day.

The IEA has a vision that two‐thirds of total energy supply in 2050 will be from wind, solar, bioenergy, geothermal and hydro energy with solar the largest source, accounting for one‐fifth of energy supplies. Solar PV capacity would increase 20‐fold between now and 2050.

The agency’s net zero vision and pathway predicts that global energy demand in 2050 will shrink by  8% compared to no but fuels a global economy more than twice as big, with 2 billion more people. Electricity will account for almost 50% of total energy consumption by that time.

It’s clearly essential that solar, as a clean energy source, is adopted comprehensively across the world, underpinned at the same time more efficient use of energy, resource efficiency and behavioural changes to reduce demand while extending access. 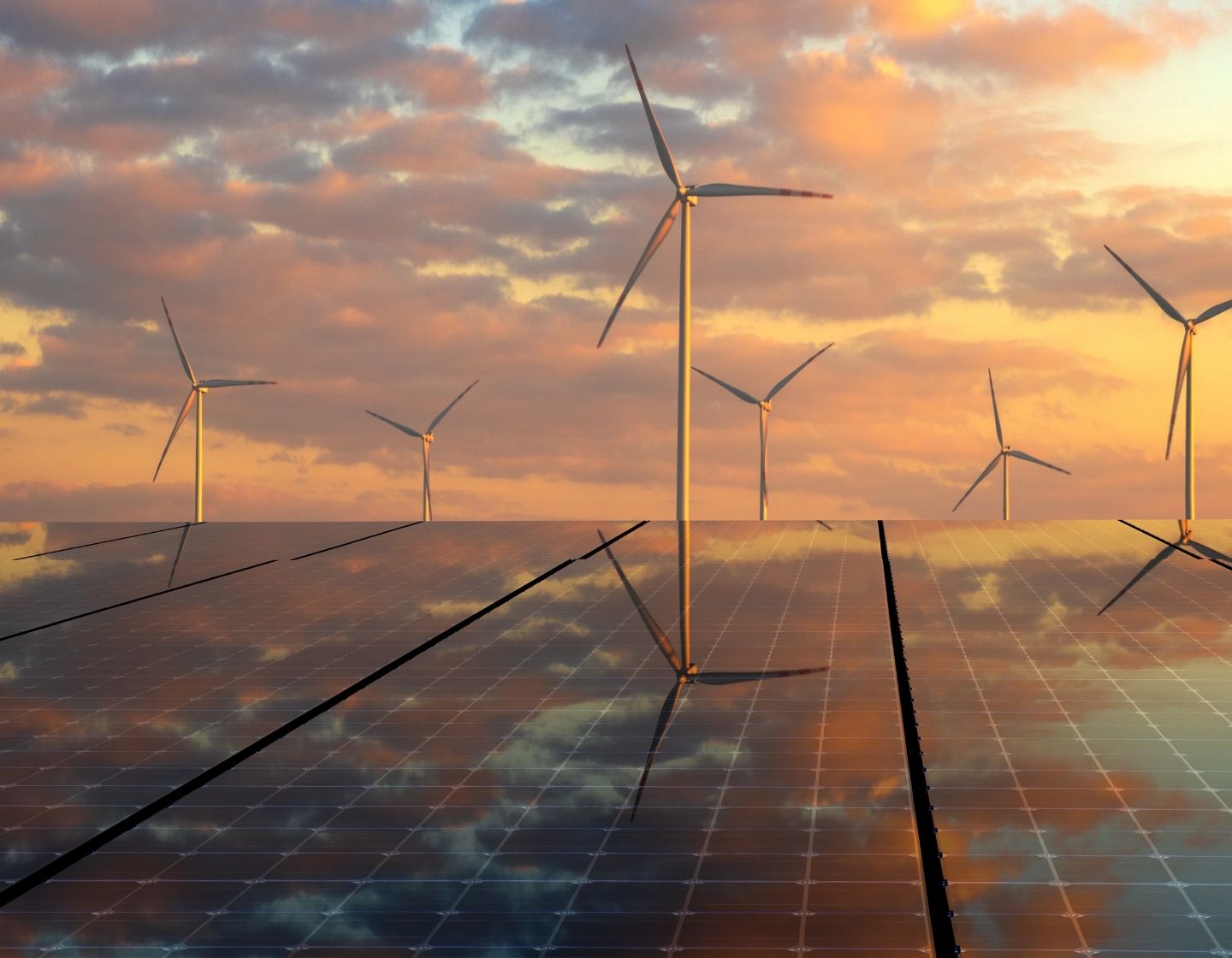 The IEA suggests that the share of electricity in energy consumption in buildings will grow from a third now to around two‐thirds in 2050 if the net zero pathway is successfully negotiated, with many buildings incorporating decentralised electricity generation using local solar PV panels, battery storage and EV chargers.

At the same time, the number of residential buildings with solar PV panels will increase from 25 million to 240 million. The move to solar will be supported by smart control systems to manage flexible energy to mesh with local renewable generation, with flexibility services to the power system, and optimised home battery and EV charging will allow households to interact with the grid.

All these developments should improve electricity supply security and lower the cost of the energy transition by making it easier and cheaper to integrate renewables into the system.

Solar will have a central place in the transition to green economies across the globe, with 14 million new clean energy jobs created in the net zero era, and 16 million more jobs will be spawned through changes in spending on more efficient appliances, electric and fuel cell vehicles, and building retrofits and energy‐efficient construction.

Jobs in solar and wind should more than quadruple in the move to net zero and the IEA predicts that nearly two‐thirds of workers in these sectors by 2030 would be highly skilled with the majority requiring substantial training. As total energy investment more than doubles, there should be new employment opportunities in associated areas such as wholesale trading, financial and legal services.

The future is bright indeed, if the political intelligence and will combines with the enormous creative powers of businesses committed to net zero. Here comes the sun.