COP26 – the UN’s 26th climate change conference – was the crucial summit held last month, where world leaders will gather to discuss plans to cut emissions by 2030. The aim is that we can keep global warming under control and ultimately avoid a climate disaster. The outcome of the summit, despite somewhat committing to their goal of limiting temperature increase to 1.5 degrees, produced dubious success.

What’s worse is that a recent review of 90,000 studies comes to the conclusion that the current climate emergency has been caused by humans. If human activity is to blame for the current state of the planet, it also feels like our responsibility to fix it. Watching on while the fate of the earth is at stake can be hard, and it makes us wonder: what can we, as individuals, do?

At Ecozone, we believe that the smallest changes can make a big difference. Save Money Cut Carbon also feel that knowing how we can make a change is hard, and that financial costs have a big impact on our decisions. Our mission has always been to create products that are affordable and accessible, because saving the planet shouldn’t come at the personal cost of our bank accounts.

About 60% of the UK is affected by hard water, which probably also means that 60% of the UK experience limescale build up in their machines and appliances. While limescale removal products are great, why not try Ecozone’s long-term and reusable limescale removal solutions? Ecozone’s Magnoball, which can be used in your dishwasher or washing machines, and Magnoloo, which sits discreetly in the cistern of your toilet, and serves as a maintenance product that shows the effects of limescale removal with two magnets inside its soft spherical casing. It’s a great reusable solution for non-toxic and septic tank safe machine maintenance, and what’s more, they’re totally chemical free, which means you won’t need to worry about polluting either! 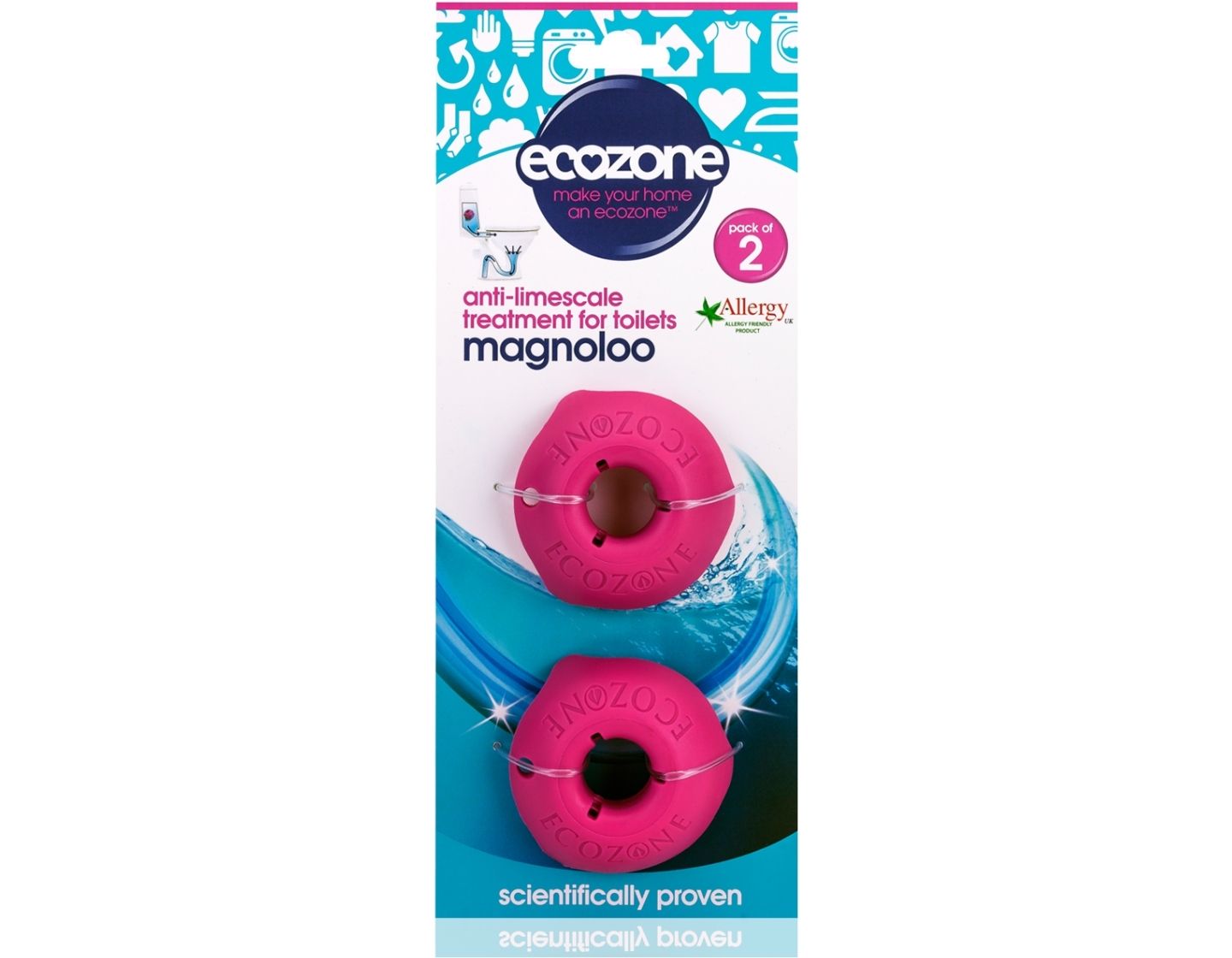 Ultra All in One Dishwasher Tablets

Dishwasher tablets often come in plastic packets or single-use plastic bags, all of which only exacerbated the problem of plastic pollution. As part of Ecozone’s growing plastic-free range, the Ultra All in One Dishwasher Tablets will leave your dishes shiny and streak free, but without leaving any chemical residues or plastic waste, as each tablet is wrapped in a soluble casing made from water-soluble ingredients. 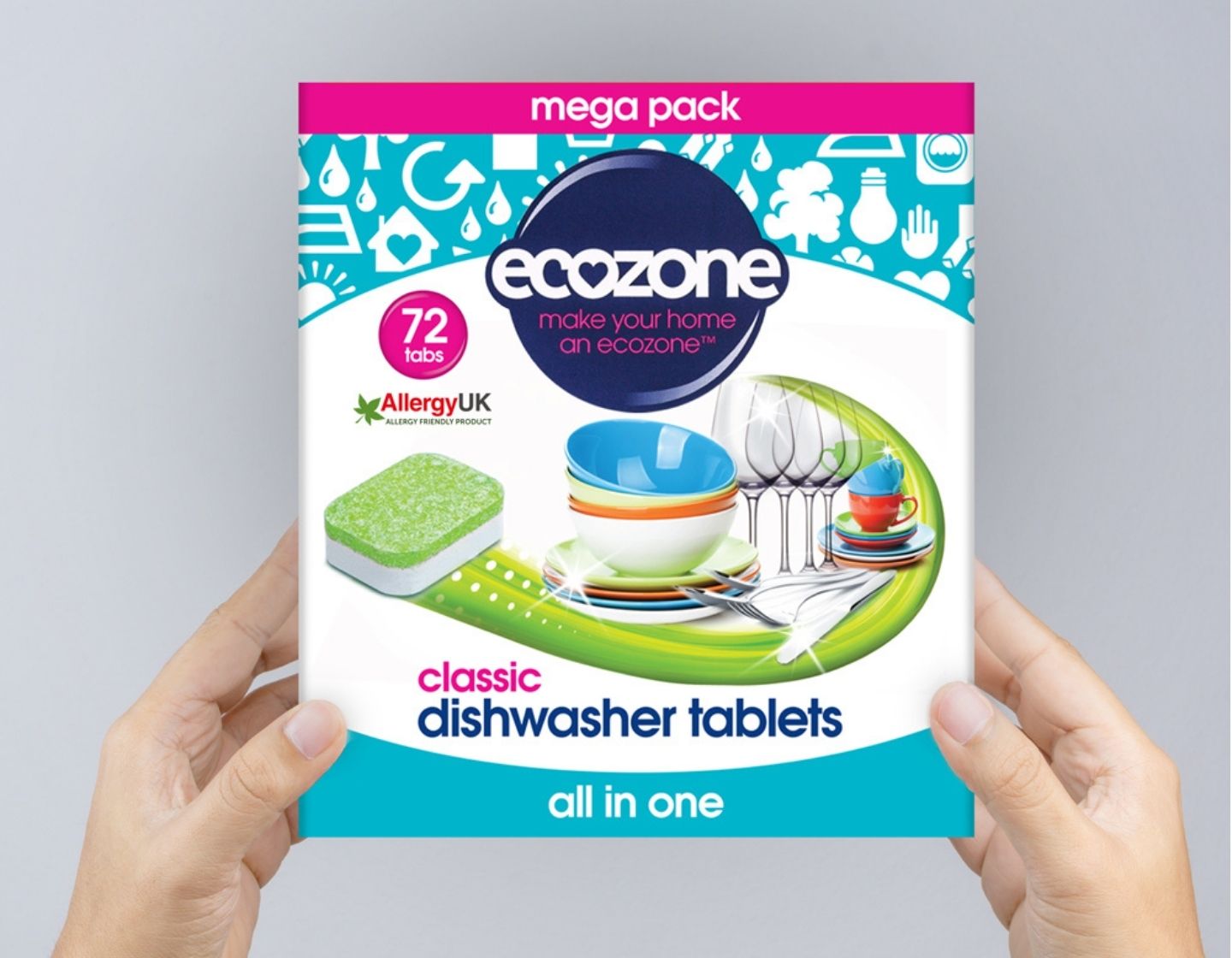 Also, part of the plastic free range are Ecozone’s Washing Machine And Dishwasher Cleaner Tablets, designed to provide machine maintenance quickly and easily. These tablets are specially formulated to clean, descale and deodorise your machine and are wrapped in Ecozone’s plastic-free water-soluble wrap, so they’re not producing any plastic waste. They’re simple to use, effective at removing limescale and detergent build up, and are non-toxic and safe for septic tanks.

Instead of more harsh synthetic chemicals that damage waterways and wildlife, Ecozone’s Washing Machine and Dishwasher Cleaner tablets use citric acid. This is a natural preservative, descaler and chelating agent, which is what prevents metal ions from forming soap scum. 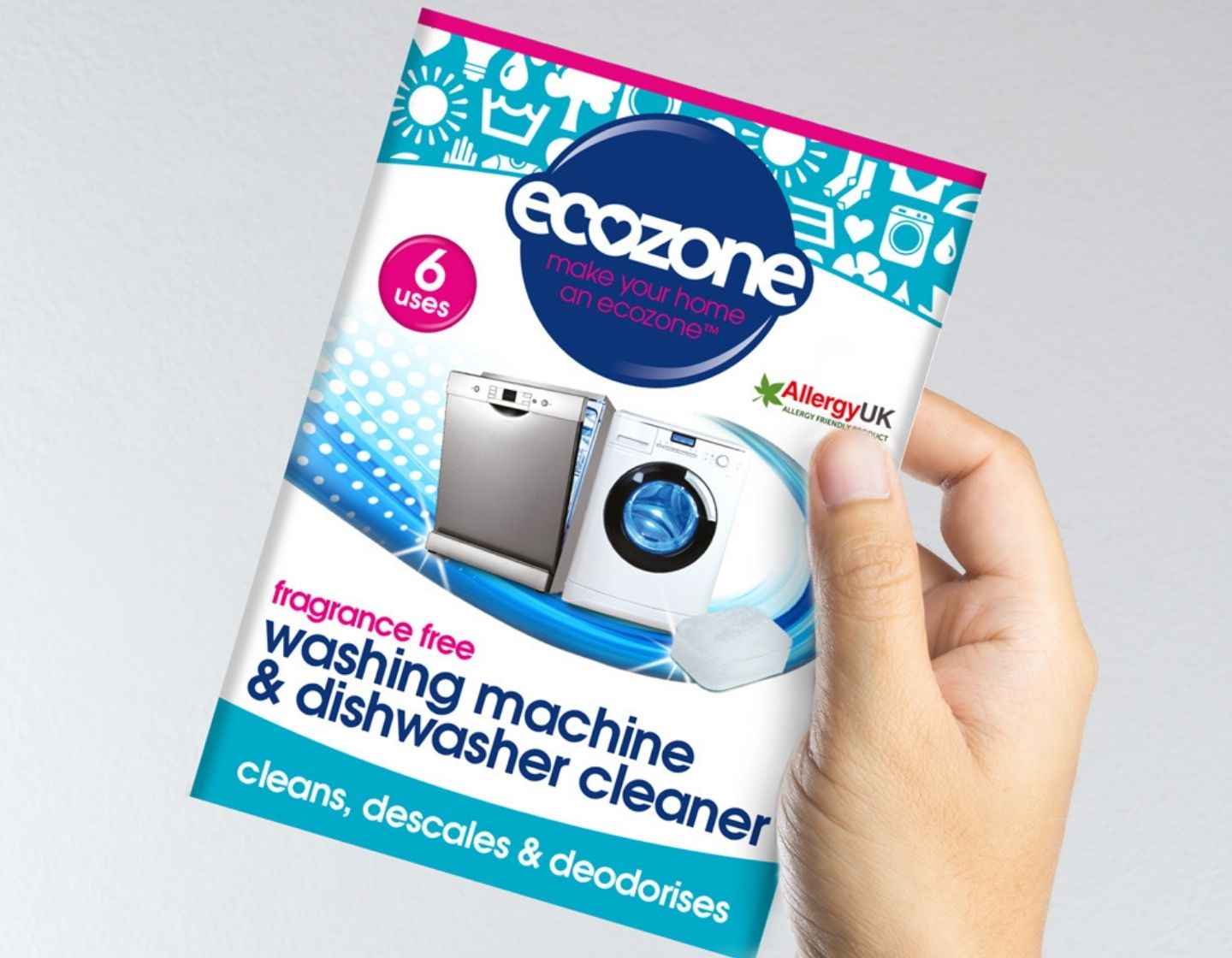 There are many reasons to avoid chemical heavy drain unblockers, with the health risks, corrosion and environmental hazards being only a few. For both long-term maintenance that protects your pipes and a solution that doesn’t require toxic chemicals, try Ecozone’s Enzymatic Drain Cleaning Sticks. With one pack containing enough to last you a year, these sticks use a formula of natural bacteria and enzymes that can break down anything that might cause blockages in your drains. They’re septic tank safe, safe for aquatic life, and an easy alternative to formals with more harsh chemicals.

The plastic bin bags most of us use for our waste can take hundreds of years to break down and even then, only break down into smaller microplastics, which are responsible for a large proportion of ocean pollution. Unlike their unsustainable counterparts, Ecozone’s Bin Liners are oxo-biodegradable, which means they break down over time when in landfill and do not contribute to plastic pollution. What’s more, they’re compatible with recycling as well as general rubbish, and are tear resistant even when wet. 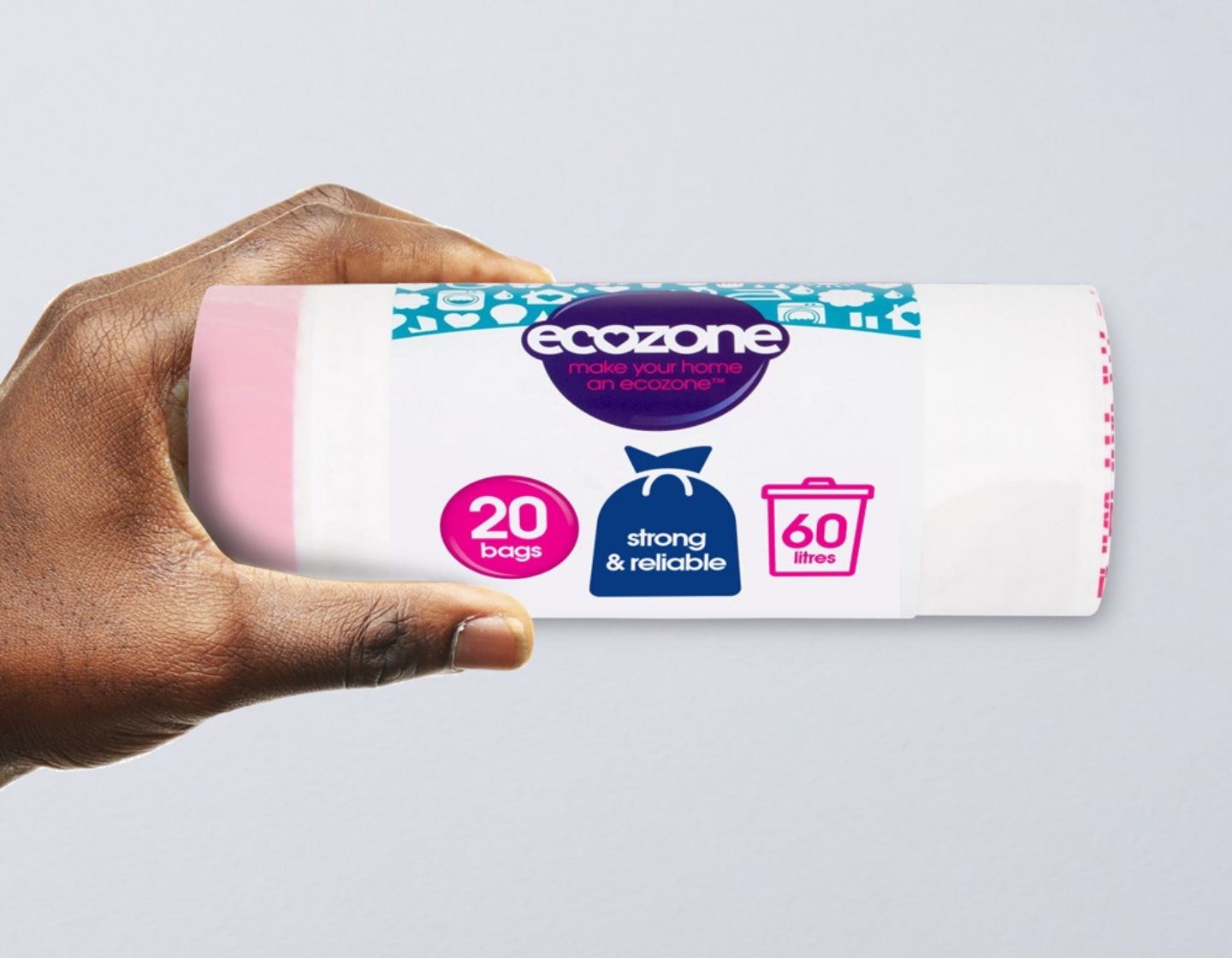 Products designed to whiten clothes are often heavy with bleach and chemicals, which can be bad for materials, indoor air pollution as well as the environment and aquatic life when they’re washed away. As an eco-alternative, Ecozone’s Pure Oxygen Power Whitening Tablets, in a new 48 tablet pack size, will remove stains and grime with ease, leaving your whites brighter than ever without the need for chloride bleach or optical brighteners.

Instead of harsh bleaches that can damage our machines, pollute the air we breathe and poison waterways, Ecozone’s Pure Oxygen Power Whitening Tablets are free from chloride bleach and optical brighteners, and instead uses natural ingredients for an oxy formula. 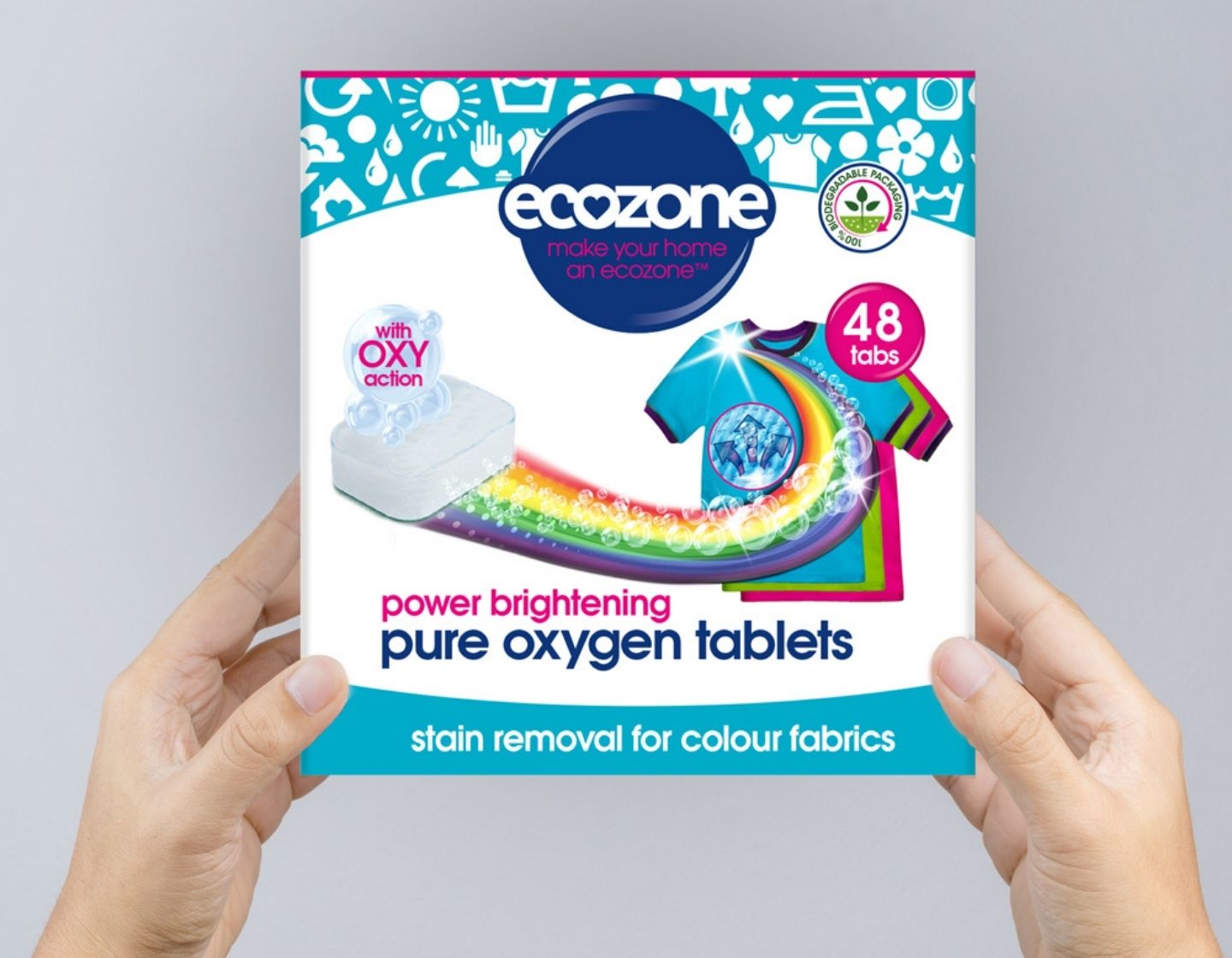 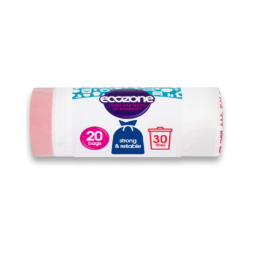 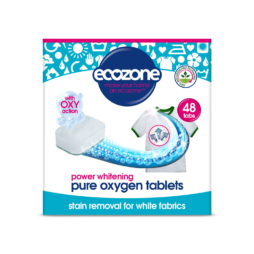 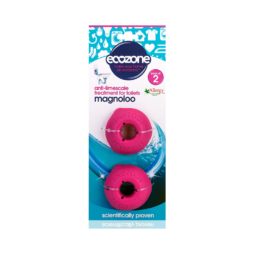 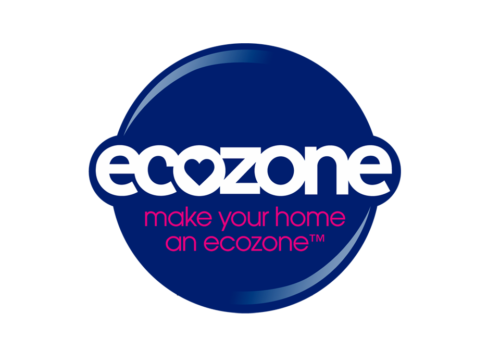