You are here: SaveMoneyCutCarbonLearn&Save – OverviewRenewables now the main source of electricity in Great Britain
Compare Products

Electricity generated from renewables has edged out fossil-fuel production as the main energy source for Britain for the first time.

It’s a by-product of the COVID-19 crisis with millions of businesses shutting up shop, leading to a drop in demand of around 13% – and that’s combined with the ongoing high winds over the past few months which have boosted renewable energy generation.

And the rise of renewables is good news for a sustainable economic recovery, according to a report out this week from the International Renewable Energy Agency.

Renewables – producing far fewer carbon emissions overall than gas, oil and coal – are beginning to nudge towards the 50-50 milestone. Over the three months to end-March, 44.6% of the total was produced by wind, solar, biomass and hydropower.

That was balanced against the electricity generated by gas-fired plants (29.1%), nuclear plants (15.3%), power imports (7.3%) and coal plants (3.7%).  Ten years ago fossil fuels made four-fifths of the UK’s electricity supply.

Only four coal plants remain in the UK: the West Burton A and Ratcliffe-on-Soar plants in Nottinghamshire, Kilroot in Northern Ireland and two generation units at the Drax site in North Yorkshire, that will be converted to burn gas.

Last year, gas-fired power made up the bulk of the shrinking share of fossil fuels in the energy mix at 38% while nuclear stations contributed just under a fifth of the UK’s electricity in the last quarter.

Renewables hit a new peak, generating 35.4TWh from January to March, which was an impressive step up from the same period last year when they produced 27.2TWh, according to energy market analysts EnAppSys.

As the lockdown continues into the second quarter of the year, it is expected that electricity demand will continue to fall, even with the unprecedented numbers of people working, on furlough or out of work at home.

While the virus crisis has played a part, the main driver of this change has been the big winds of winter. Rob Lalor, analyst at EnAppSys, said that this climate shift had contributed to a massive 19% drop in gas-fired generation.

Wind farms generated more than 10GW for 63% of Q1, and more than 5GW for 85% of it, as storms hammered the country at the start of this year. For instance, Storm Ciara set two wind generation records, with turbines generating 56% of the country’s electricity at 2am on Saturday 8 February, the most at any one time, and accounting for 44.26% of power produced across the whole day. 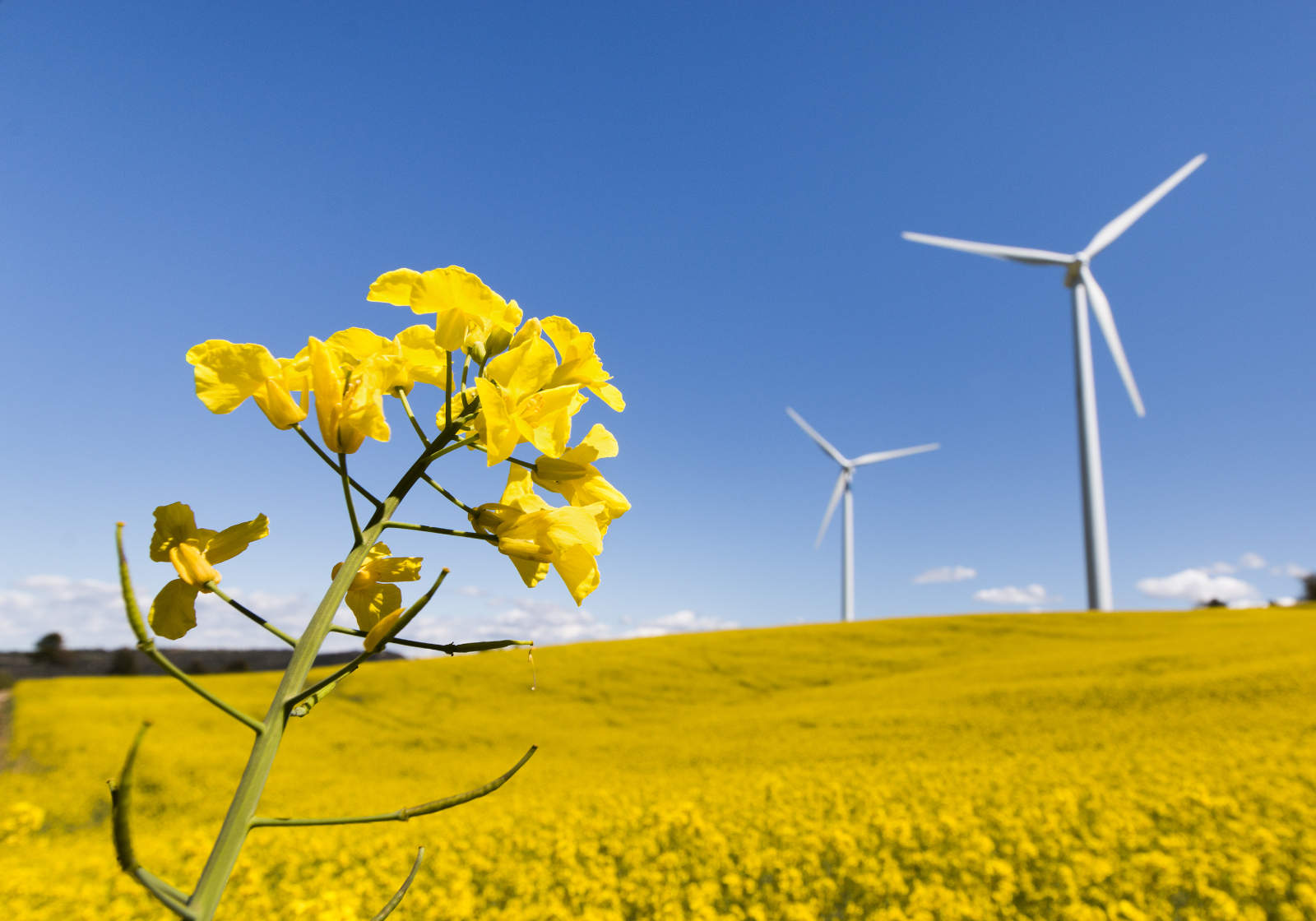 “With weather likely to return to more typical patterns in future quarters, the 45% of electricity generation from renewable sources in the quarter is likely to be a temporary high. However, given recent trends which show that renewables are becoming an increasingly dominant player in Britain’s power mix, the continued build of offshore wind farms and the resurgence in onshore wind should see these levels being achieved more often in the longer term.”

While it is difficult to predict whether more windy conditions will be a permanent fixture of the British weather, as the climate heats up, evidence from the past few years seems to point in that direction.

This is also being reflected across the globe as more wind farms are developed, with more than a third of the world’s power being generated simply from the movement of air.

Wind power is the dominant renewable in Britain and contributed 20% of the UK’s electricity overall in 2019, boosted by more large-scale offshore wind farms coming onstream. Biomass plants made up 12% of the energy mix, with solar adding 6%.

The world’s largest offshore windfarm, the Hornsea One project sited off the Yorkshire coast first delivered electricity in February last year, reaching a peak capacity of 1,200MW in October, enough to power 1 million homes. It followed the opening of the Beatrice windfarm off the north-east coast of Scotland over the summer, producing 588 MW.

All this will help to control energy bills, while being better for the environment. The next generation of offshore windfarms are expected to product electricity at £40 per megawatt hour, which is less than the average market price for electricity on the wholesale energy markets.

All this is great news at a time of economic pressures and fears for the future shared across the population of Britain and the world.

Even more heartening are developments highlighted in the International Renewable Energy Agency report that predicts an economic recovery from Covid-19 that can spark global GDP gains of almost $100 trillion (£80 trillion) between now and 2050.

The agency says that more rapid investment in renewable energy can generate massive economic benefits and tackle the global climate emergency at the same time.

It forecasts that this investment would deliver global GDP gains of $98tn above a business-as-usual scenario by 2050 by returning between $3 and $8 on every dollar invested. It would also quadruple the number of jobs in the sector to 42 million over the next 30 years, and measurably improve global health and welfare scores.

“Governments are facing a difficult task of bringing the health emergency under control while introducing major stimulus and recovery measures. By accelerating renewables and making the energy transition an integral part of the wider recovery, governments can achieve multiple economic and social objectives in the pursuit of a resilient future that leaves nobody behind.”