The private housing rental sector is under sustained pressure from government to embrace sustainability with tough choices to be made in the next couple of years.

While the short-term financial strains might be strong, it’s clear that private landlords and letting agents should benefit by building sustainability into their business strategies. Aside from any longer-term monetary advantages from going green, there are the moral and ethical rewards too. A SaveMoneyCutCarbon Home Club membership is a much more beneficial ‘moving in’ gift than a bunch of flowers or some cupcakes. It’ll help tenants be more sustainable in their homes, reducing their energy and water consumption and their bills.

The Government is committed to making the UK’s housing stock more energy efficient as part of the overall ambition of achieving Net Zero carbon emissions by 2050. Its immediate actions will affect the 2.66 million landlords in the UK and the 4.5 million households in the private sector so it makes sense for the sector to develop sustainable portfolios and environmentally positive policies.

A government consultation on proposals to meet its commitment to upgrade private rented sector homes in England and Wales to Energy Performance Certificate (EPC) Band C by 2030 has just closed (January 8th). 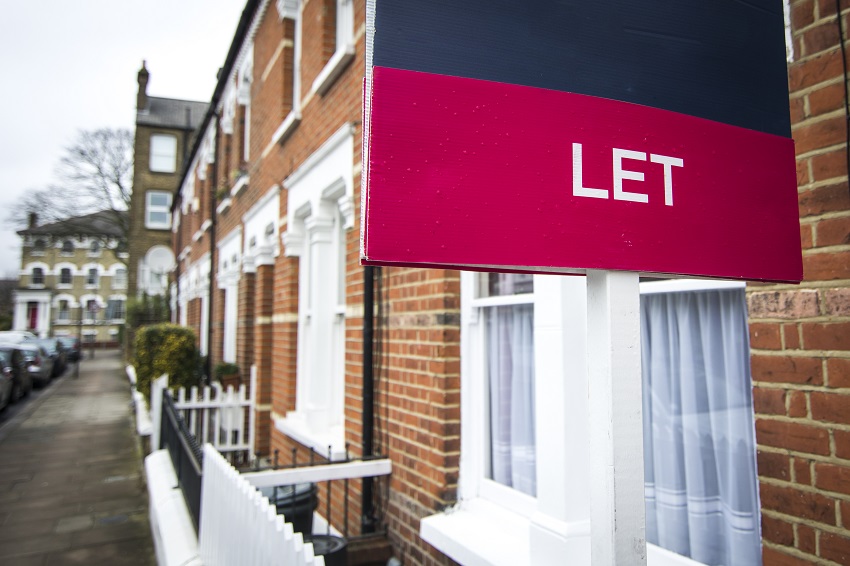 The Government is now analysing the feedback from a wide range of organisations and individuals, including the National Residential Landlords Associations and housing charities.

One of the targets of the Government’s new Ten Point Plan for a Green Industrial Revolution is to make homes and public buildings greener. According to Government figures, homes in the UK made up 15% of greenhouse gas emissions in 2018, or 22% if electricity consumption is included.

The Government anticipates £11 billion of private investment in this area over the next decade. The new plans announced will produce savings of 71MT of CO2 between 2023 and 2032 which is equivalent to 16% of 2018 UK emissions. The Government will publish its Heat and Buildings Strategy this year.

Meanwhile, the proposals contained in “Improving the energy performance of privately rented homes” consultation document cover a range of measures.

All new tenancies from April 1st 2025 and all existing tenancies by April 1, 2028 must have an Energy Performance Certificate that meets band C or higher, with a valid EPC in place at all times while a property is let.

Landlords would also be required to install “fabric first” measures such as insulation and the sector would need to support the uptake of smart meters. The Government also envisages more powers to tenants to request improvements and redress where a property is in breach.

The Government would introduce a private rented sector property compliance and exemptions database and increase the maximum fine level to £30,000 per property for each breach of the regulations. It would also enable local authorities to use EPC Open Data, introduce benchmarking and inspect properties to improve compliance with the rules.

At the same time, letting agents and online property platforms would only be able to advertise and let properties that are compliant with the EPC rules, while requiring landlords to provide an EPC before a property is advertised.

Along with the Introduction of an affordability exemption, the Government also plans to increase the cost cap from £3,500 to £10,000 inclusive of VAT per property and an updated exemption regime would come into force on April 1st 2025.

The growing concerns around climate change and the environment in general are being seen across nearly all age groups but particularly among younger people who are more likely to rent. For “Generation Rent”, there are clear and stark ethical choices and moral imperatives about what they spend their money on. According to a survey by LSL Properties almost half (42 per cent) of tenants take green credentials into account when searching for a new property.

So, for landlords and letting agents, the move to optimise the energy efficiency of properties can be very beneficial.

Among support measures for the sector, the Government is promoting the Green Homes Grant, and landlords in England can apply for vouchers worth up to £5,000 to help cover costs of renovating rental property to make it more energy efficient. The grant covers two-thirds of the total cost and is non-repayable – and it’s just been extended until March 2022.

A recent survey by Paragon Bank identified that 45% of landlords intend to make energy efficiency improvements to their properties as part of the Green Homes Grant scheme, which covers improvements like insulation or upgrades to glazing and heating.

Home Club is an easy way to help tenants be green

A SaveMoneyCutCarbon Home Club membership is a much more beneficial ‘moving in’ gift than a bunch of flowers or some cupcakes. It’ll help tenants be more sustainable in their homes, reducing their energy and water consumption and their bills.

Contact our sales team below to find out how we can help you scale this for your properties.

Need help with your properties?

Get in touch with our sales today to find out how we can make this work at scale as an end to end solution.