Dimming your LED depends first on what kind of driver it has. All LEDs have drivers and they are either incorporated or external.

It is useful to understand the difference to get to grips with the different methods of dimming.

More about this distinction can be found in our Introduction to LED drivers and lighting. Our LED Jargon Buster and LED FAQs complement this article. Check these if you are unsure about terminology. 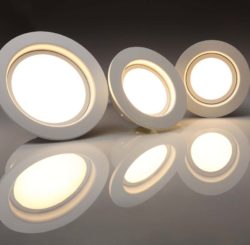 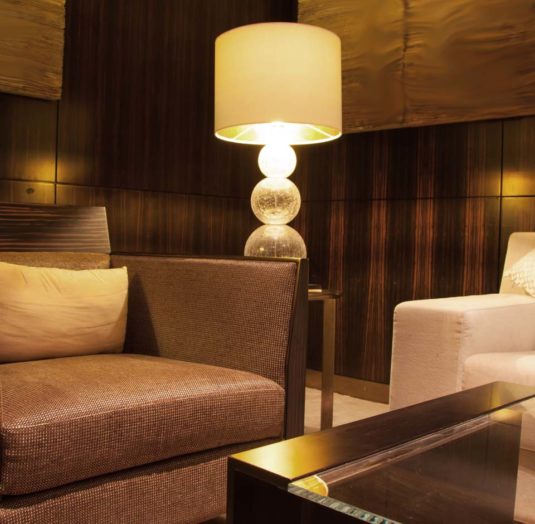 This is the most common type of dimming in homes and is the one most people will be familiar with. Mains dimmers are usually rotary. These are what you would find on a wall in place of a light switch. They have a dial you can twist left or right to decrease or increase the light intensity and push in to switch the light off.

Mains dimming works by chopping up the electrical signal from the mains. It does this by switching the electric current on and off several times a second. The result of this rapid switching is that less power is available to the light as the power is off for part of each second.

The light is on and off at full power but less light is delivered in total compared to if it was on the whole time. As our eyes cannot process the rapid switching, our brain interprets this as a steady, dim light source.

The power from the mains in the UK comes in a wave with a frequency of 50Hz. That means this wave is repeated 50 times a second. As the current from the mains is alternating, switching from positive to negative every cycle, there are 100 cycles of current per second: 50 positive and 50 negative.

Mains dimming is achieved by switching off the power for a period of time twice in every wave, one for each cycle of current. This can be done in only two ways: either leading-edge or trailing-edge. A third option, phase adaptive, is a dimmer which is designed to select either leading or trailing-edge depending on which is best.

Leading edge is so named because it switches off the mains signal at the beginning of the wave. It does this for each positive and negative cycle so it is switched off and on 100 times every second.

It is a the cheapest, relatively simple and widely available technology but a drawback is that it often causes buzzing.

The switching from zero to peak of the wave is enough to cause vibrations in the electronic components as a surge of electrons move each time. If the vibration is strong enough, the dimmer, and sometimes the lamp, will buzz.

Trailing Edge is a more advanced technology designed to combat buzzing. It works in the same way as leading edge, by switching off the signal twice every wave, but it switches off the end of each cycle.

Trailing-edge dimming causes less buzzing because each time the wave is switched on, the wave is at the lowest strength of the cycle and gradually grows bigger.

As there is no sharp difference between off and the state when first switched on, and the current gradually increases there is less chance of a vibration being caused. Without vibration, there will be no buzzing.

The technology is widely available but the more complex electronics means that it is more expensive to manufacture.

Low voltage dimming is a possibility when using external drivers.

The type of low voltage dimming available depends on the type of driver being used. Both constant current drivers and constant voltage drivers can use a method called pulse width modulation.

Unlike mains dimming, both of these methods send an electronic message to the driver, and it is the driver which then dims the lamp using its electronic components.

As the dimmers in low-voltage dimming do not do the work, but instead tell the drivers what to do, they use protocols, which is just an agreed way of transmitting information.

A low-voltage dimmer passes on information and commands with electrical signals. We will briefly outline some common protocols at the end of this article.

Pulse width modulation works on the same principle as mains dimming. It switches the lamp on and off several times a second to reduce the total amount of light produced.

As low-voltage dimming has the driver do the work, pulse width modulation does not have to chop-up a mains signal. The driver can switch the direct current it produces on and off to dim.

A great advantage of PWM is that colour rendering is the same at all light levels from dimmest to full brightness.

Drawbacks can include strobing. Although the rapid on/off switching is too fast for us to consciously notice, some people report problems such as headaches when exposed to this type of lighting. In laboratory conditions, the pulsing can cause damaging electro-magnetic damage to very sensitive devices

Neither of these drawbacks are of concern to most users. In general, those who opt to use PWM over CCR do so because they are using constant voltage drivers which are not compatible with CCR. Otherwise, they are just looking to avoid a drawback with CCR.

Unlike mains dimming or PWM, CCR does not turn the power off and on. Instead, constant current dimming steadily reduces the current delivered to the light, which then dims as the current is reduced. That means instead of a wave, you have a steady supply of power.

This resolves any potential strobing and electromagnetic issues but colour rendering can vary when the lamp is dimmed.

PWM and CCR are both well-established systems. Unless people have a particular drawback they are trying to avoid there is not much to choose between them.

Protocols are what the dimmer in low-voltage dimming (both PWM and CCR) uses to ‘speak’ to the drivers: that is, to tell them how much to dim.

There are several different types of protocol but the most common are 0-10V and DALI. These work in different ways but they are simply the language used by a dimmer to tell drivers what to do. It is therefore essential you get a DALI compatible driver if you want to use a DALI dimmer and so on for the other systems.