You could almost hear the huge sigh of relief as the Government announced plans to end lockdown – now we need to make sure we keep safe in the ‘new normal’.

That includes making sure our public toilet facilities are not a threat so we can use them without fear in our reopened shopping centres, parks and other shared areas.

It’s not going to be the easiest thing to use facilities in common with thousands of others so the shopping centre owners, councils and facilities managers will be thinking about ways to ease the anxieties of popping into the public loos. High on the list is maximum hygiene with increased and rigorous cleaning regimes advisable.

It is also time to take a long, hard look at the current facilities and seriously question whether they are adequate for the new times we live in. The technology in most public toilets is pretty much the same as that we’ve used for over a 100 years and there are better ways to manage our waste.

Traditional toilets are unhygienic, inefficient, and unreliable but there is an alternative that is fit for the post-Covid future – the Propelair toilet. It has a revolutionary design that sets the new standard in hygiene with a high-performance flushing system and close-to-flush lid, so microbes are trapped and efficiently removed from the toilet bowl.

When you flush a traditional toilet, you get a “sneeze effect”, spraying bacteria, viruses and moisture into the air. Recent research indicates that the Covid-19 virus can be spread by flushing with the toilet lid up, as a cloud of moisture can be propelled up to a metre away the toilet bowl.

With the innovative and safe Propelair system, you need to close the lid so that the toilet then flushes automatically. This also reduces germs released by 95% compared with standard toilet.

And the system raises the hygiene bar higher with the antimicrobial latch protected by SteriTouch which also helps to reduce germs. 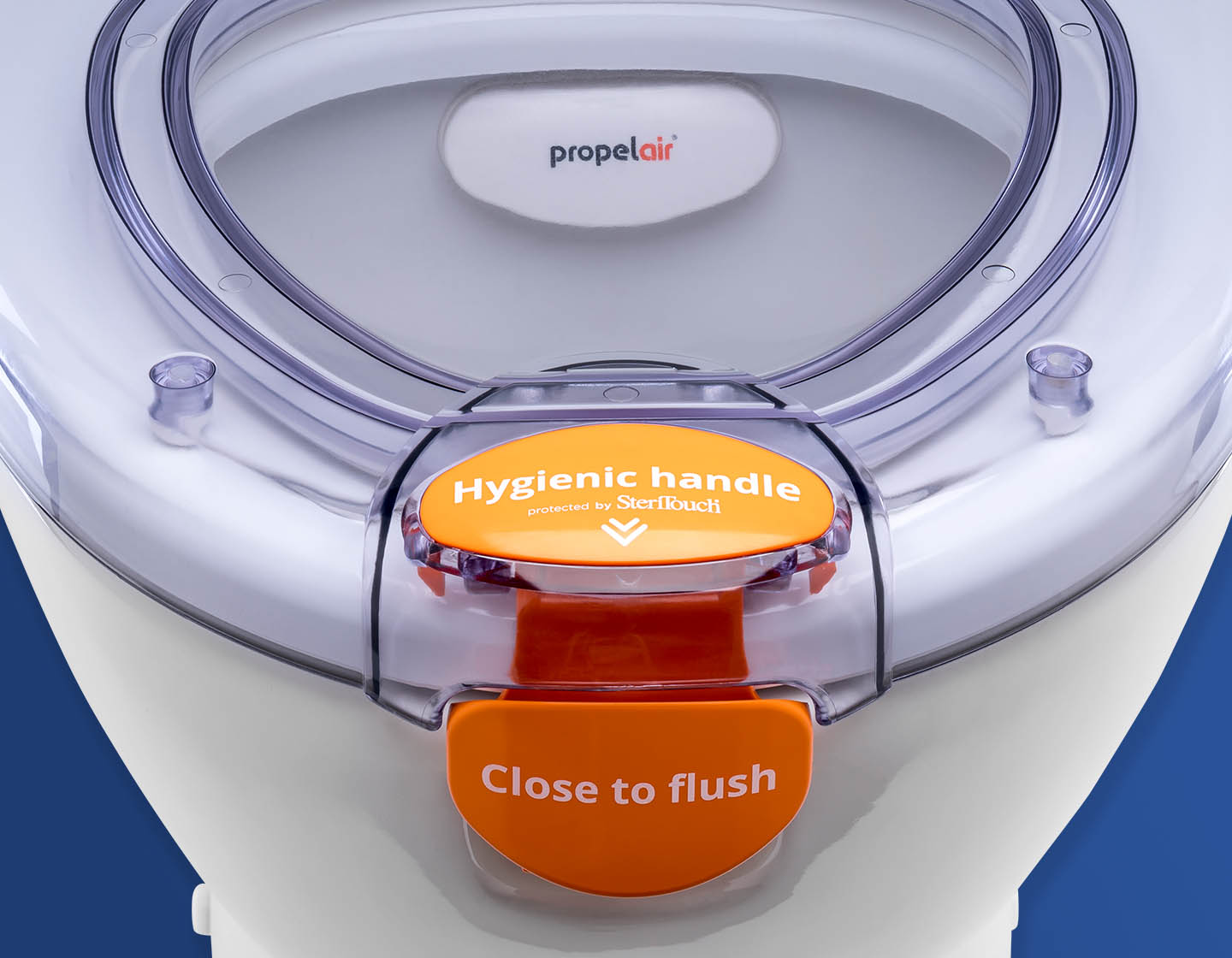 Traditional toilets also can fail to completely remove waste products, with up to 6% of previous users’ contaminants left after flushing and these can become airborne during frequent flushes. Propelair removes 99.9% of waterborne contaminants.

Conventional toilets with push-button cisterns can also be problematic as, even with volumes of 9 litres, they can deliver a lower flush force, and that can lead more blockages, poorer levels of service and higher maintenance costs.

Alongside the crucial focus on hygiene, businesses and other organisations will be looking for any ways they can to reduce costs as they begin to rebuild after the huge challenges of the past year.

And Propelair delivers on this too. We know that standard toilets use on average 9 litres per flush so it’s easy to see how traditional cistern models account for as much as 75-80% of water use in commercial buildings.

Revolutionary technology in the Propelair high-performance toilet delivers higher performance by blending air and water to create a powerful, highly efficient flush. This ensures big water and energy savings that will mean a swift payback of 1-3 years.

Added to that, businesses make further costs reductions as the Propelair toilet is government-approved as a water-efficient product, so organisations can claim 100% of the cost in the first tax year through the Enhanced Capital Allowance Scheme.

Coming out of the long pressure of the pandemic, we’ve seen how the Government is focusing on decarbonising the UK with the target of net zero emissions by 2050 – and the Propelair toilet is designed to contribute to this. It uses less energy to process what is flushed away and this means it  reduces carbon footprint by 80% on average. 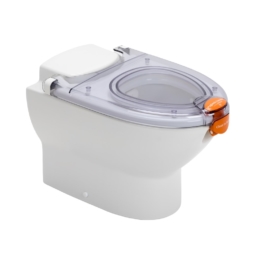 This robe hook was for the back of our new bathroom door. It looks perfect and… Read more