SaveMoneyCutCarbonLearn&Save – OverviewIs this Hydrogen-Powered Ship a Look Into the Future?
Compare Products

The Energy Observer, a 30-metre long catamaran, has arrived in London this week as part of its zero emissions voyage around the world.

The Energy Observer is the world’s first hydrogen-powered ship and has already travelled 18,000 miles since it left Saint Malo on the west coast of France. 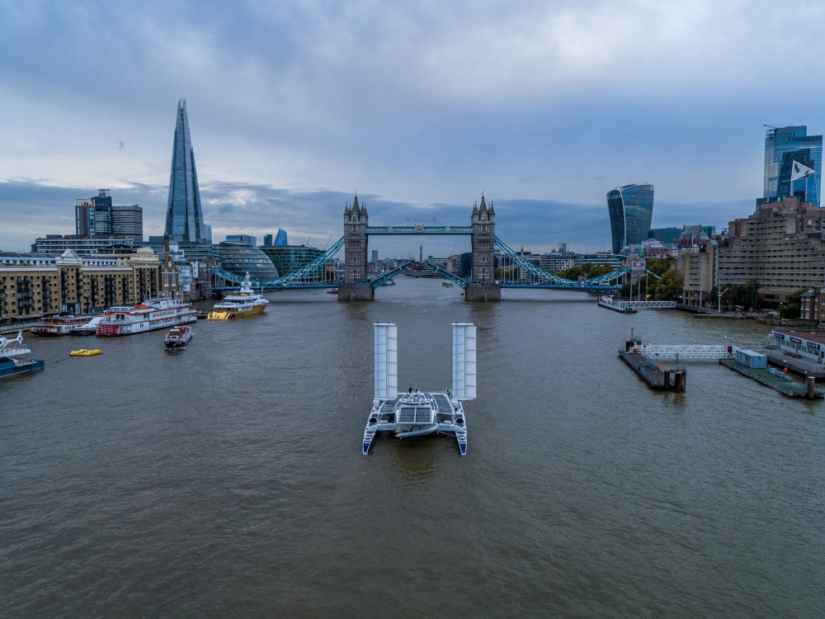 How Does it Work?

Sponsored by Toyota, the vessel creates its own hydrogen by sucking up sea water. Salt and minerals are removed from the water where it is then put through an electroliser that breaks water into two elements; hydrogen and oxygen.

The oxygen is released and hydrogen is stored in two tanks, ready to be used to power the ship.

“In total it can store 62kg of hydrogen which is the equivalent of two megawatt hours of energy. This is the annual consumption of an average household – so a lot of energy,”

The ships energy generation is split: 52% from the sun, 42% from its wings and 6% from hydrogen.

The Energy Observer will leave London in 10 days and continued it’s tour of 50 countries and 101 ports.

“We’re finishing our European tour in London for many reasons. The main reason why we stop is to talk about the boat and the environment and the sustainable development goals of the UN,”

“Today is quite a special day because of the big Extinction Rebellion protests which obviously we totally agree with and it’s sad we can’t be there with them. We really support what they’re doing and they are in our thoughts.”