Moves to make the UK gas network carbon-free have stepped up a gear with more funding for hydrogen replacement trials.

Hydrogen is currently seen as one of the potential solutions to decarbonising the UK and meeting Net Zero 2050 targets. It is not only one of the most abundant elements but also produces only water when burned.

H21 is the UK gas industry programme investigating the conversion of the network to carry 100% hydrogen and has been awarded £6.8 million to run a second phase testing operational and maintenance procedures on the gas network.

It will follow on directly from the £9 million first phase that tested leakage and also ran leak scenarios. The report on that is due in July.

There is a compelling need to find alternatives to fossil-fuel gas with the Committee on Climate Change (CCC) reporting three years ago that heating and hot water for homes was responsible for 15% of the UK’s carbon footprint.

And Cadent, the UK’s biggest gas distribution network, argues that when heat for business and heavy industry is included, together with growth since 2016, the figure is likely to be closer to 33%.

The UK is struggling to meet a key target of ensuring that 12% of heat is generated using renewables and the legally-binding 2050 Net Zero target would demand further government action to reduce carbon emission from heat.

Only last month, CCC chair Lord Deben told a conference on heat networks that the government and all parties needed to urgently develop better plans to encourage the decarbonisation of heating in the UK.

“This is much more urgent than we thought and will be forced upon us because we only have ten years before we have an irreversible change that we don’t know how to deal with.

“If we don’t get it right, we will still be talking about this in ten years’ time and frankly it will be too late.”

A further £750k has been contributed by the partners, creating a total project pot of £7.5 million.

“We firmly believe repurposing the network to carry 100% hydrogen would represent a huge step forward towards meeting the UK’s sustainability targets, as well as having a crucial role to play in satisfying customer expectations for a cost-effective and minimal impact transition to lower carbon energy.

“Our research, along with Government data exploring the use of hydrogen in buildings and appliances, will not only enable policymakers to progress a policy decision on hydrogen, but will also bring customers along on the journey. Their understanding is absolutely central to acceptance of this technology.”

A combined qualitative risk assessment will bring together findings from the network testing and that of the government’s £25 million Hy4Heat programme, currently exploring hydrogen’s use in buildings.

Meanwhile, a pilot project injecting hydrogen into an existing gas network is now fully operational, testing practicalities of boosting hydrogen in the gas mix, including cost, safety and ease of supply.

Hydrogen will account for up to 20% of the gas mix in Keele University’s existing natural gas network, supplying 30 faculty buildings and 100 domestic properties.

“It is impossible to overstate the importance of this trial to the UK – this is the first-ever practical demonstration of hydrogen in a modern gas network in this country. Urgent action is needed on carbon emissions and HyDeploy is an important staging post on that journey in the UK.”

Researchers at the university that CO2e emissions could be reduced annually by six million tonnes if scaled up nationally. 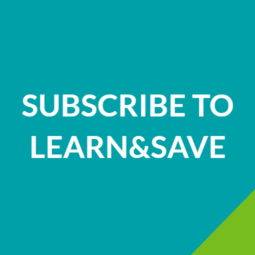