News of a revolutionary LED light bulb constructed with graphene collided this week with a stark report on failing government energy efficiency strategy. 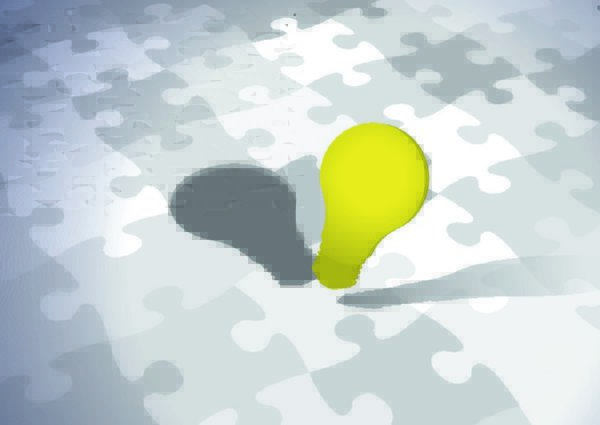 The LED bulb has been developed by Graphene Lighting, a Canadian-financed firm. It’s a dimmable model and is constructed with a filament-shaped LED coated in graphene.

The graphene bulb was designed at Manchester University, where the material was discovered a decade ago and the team who developed it believe that it is the first commercially viable graphene consumer product.

The bulb works by harnessing the unique properties of graphene to conduct electricity and heat more efficiently.

It is scheduled for sale later in 2015 and could be an option for households and businesses seeking to cut electricity use.

However, current reports suggest that the graphene bulb will be only 10% more energy efficient and will last 10% longer.
Unit production costs would be lower, according to Professor Colin Bailey, deputy vice-chancellor at the University of Manchester, using sustainable materials so the bulb might have a good future.

It is a little disappointing to see that energy savings are nowhere near those delivered by current LED light technology, which can be as much as 85% compared to traditional tungsten and halogen bulbs. The longer lifespan is also not overly impressive but these figures may change as the product evolves. Quality LED lights have an exceptionally long life of more than a decade.

All that said, it is great to celebrate a UK development based on one of the most important new materials to be discovered in the past 50 years.

In contrast, there is little to celebrate around a new report by consumer body Which? published this week that lambasts the government’s record on energy efficiency policy.

The report amplifies what we have been pushing for over the past two years and more – a truly effective, coherent and comprehensive national energy efficiency strategy that delivers the level of savings needed to help hard-pressed bill payers and to ensure carbon emission reductions in line with targets.

Which? recommends that whoever forms the next government should focus on a long-term energy efficiency strategy at the local level across the country with local councils drawing cash from a central fund to administer and deliver energy saving initiatives.

The Green Deal failure also comes under fire, again something that we have highlighted. Despite new initiatives, the energy efficiency programme has seen only 9,583 homes benefitting from improvements in the past two years. The next government would need to transform or replace the scheme.

Which? further argues that the Energy Companies Obligation (ECO) facility should be replaced with a company levy going into a central fund and distributed to those most in need.

These measures should be in place, the consumer body says, by 2017. We think it should be sooner as the pent-up demand for energy efficiencies that cut bills while reducing carbon emissions are an urgent priority. Moves to the much trumpeted

“Low Carbon Economy” are dependent on sustainable energy efficiencies in the UK housing stock, as well as energy reductions in business, particularly SMEs.

We support the demand from Which? for the next government to set clear targets and delivery schedules for the next decade. The energy efficiency platform should be wide, and we think that a range of measures beyond home insulation and efficient heating to include LED lighting and water-saving solutions are urgently needed.