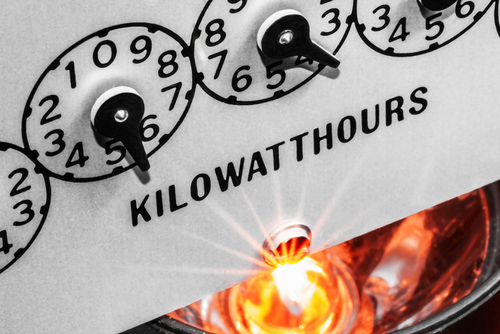 Energy company First Utility has launched a save energy initiative advising people to cut consumption but the guide clearly affects quality of life.

We welcome the focus on reducing energy use, which fits with our campaign to Cut Consumption, Cut Bills, Cut Carbon but think that the energy supplier has missed a few sustainability tricks in its promotion.

We’re all for having fun with a serious intent but the advice from First Utility clearly would have a diminishing effect on quality of life. Our campaign, on the other hand, would help hard-pressed households to cut energy use without affecting experience.

Cut Consumption, Cut Bills, Cut Carbon focuses on lighting, heating and water. A typical household that follows the advice to fit LED lighting and fit eco shower heads, eco taps and tap aerators should save up to £650 a year, more than four times the savings promised by First Utility.

The energy supplier’s “5:2 energy diet” suggests that consumers reduce their energy usage on two days of each week by following its tips, such as taking showers together, go to bed early, play Monopoly, and boil less water for beverages.

The energy supplier, which raised prices by 18% last year, has about 300,000 customers and believes that consumers following the 5:2 energy diet will cut £150 from a typical bill.

According to the Daily Telegraph, First Utility, the largest utility company outside of the Big Six (British Gas, EDF, E.ON, npower, ScottishPower, SSE) advises customers to “shower together”, adding: “Romantic or awkward? Either way sharing a shower can save you £34 a year. Just ask permission from the other person first!”

First Utility also suggests consumers “give up caffeine”, saving £10 a year by not boiling a kettle for two days a week.

The company is quoted as saying: “Up to you what you do,” it said, “but putting out the lights and turning off the box can save you £18 a year – and it could be lots of fun…”

Consumers can cut consumption by playing Monopoly “or any other family game” and read rather than use the TV, cook in bulk and deploy the clothes horse instead of running the tumble dryer.

Mr McCaig advised: “British energy prices to consumers have doubled in the last six years. I’m not saying they’ll double again in the next six but it’s perfectly reasonable to predict that they could do so over the next 10.”

That is precisely why we are campaigning so hard to Cut Consumption, Cut Bills, Cut Carbon. And while our advice should deliver massive, sustainable savings for both consumers and businesses, it will also ensure that corporate and consumer carbon footprint shrinks substantially year after year.

We agree with the Financial Times that energy has taken centre stage (login needed) on the UK’s political agenda. Urgent national action is needed right now to reduce our energy use in 2014.

But interestingly, First Utility’s advice was received po-faced by the Opposition shadow energy minister Tom Greatrex. The Telegraph quotes him saying “Rising energy bills really aren’t a laughing matter and cause genuine hardship for millions of people. Issuing ridiculous advice, however tongue in cheek, will insult and annoy many consumers who are struggling to heat and power their homes this winter.”

Where is the expert, voter-focused, energy-consumption cutting advice here? Surely, the Opposition has better ideas than taking opportunistic pot shots at the nation’s most mistrusted economic sector.

Ed Kamm, First Utility’s chief customer officer, defended the advice, saying: “We consistently offer some of the cheapest tariffs on the market and guarantee to be cheaper than the Big Six standard tariffs. But we also want to help our customers use less energy where they can by shedding some light on what different activities cost.

“These tips are meant to provide some advice as to how we might reduce our energy usage and absolutely not intended to trivialise the issue of fuel poverty, something we take very seriously.”

Further news that should fuel sustainable moves to cut consumption is from ScottishPower to cut energy bills by 3.3pc in wake of the Coalition’s November green levy changes. The electricity and gas supplier aims to cut just over £40 from a typical dual fuel bill for its 2.2 million customers on variable-price tariffs but this is in the context of the 8.8pc rise it announced in October, and applied a month ago.

Add to that the fact that most of the 1.4 million ScottishPower customers on fixed-price tariffs will see no benefit from the change, and the need to reduce energy use and the crucial need to cut energy use is even more apparent.

It is true that typical consumer gas usage has fallen by 18% but electricity lags well behind, with a reduction of just 3% in electricity consumption. If every household was supported and encouraged to refit with LED lighting, consumer electricity usage would be cut drastically, permanently while keeping quality of life. With LED lighting, a typical home will cut its annual electricity use by around 1700 kilowatts hours – saving £255 a year, on current prices.

Talk to us on 0333 12305464  about simple, cost-effective ways to cut consumption, cut bills, cut carbon and to start the energy-saving conversation.