The Energy and Water Survey of Great Britain 2020 launches this week with a chance for someone to win the average cost of their annual energy for a year.

This is the second national survey carried out by SaveMoneyCutCarbon after the great success of the inaugural detailed look into our energy and water habits.

The first survey showed us that as a nation we’ve been taking big steps with the way we consume energy and water so that we can reduce bills and cut carbon.

As last time, there is the chance for anyone who completes the survey to win the average cost of their annual energy bill. The first winner was Rebecca Gregory, who works in the NHS and was a key worker during the early days of COVID-19.  She said at the time:

“It was such a lovely surprise to receive a call from SaveMoneyCutCarbon, informing me that I have won their competition prize of £1200! I’ve really been missing my family since we’re all in lockdown. So this prize has cheered me up and the savings on energy bills will be spent on getting my family together for a long weekend staycation as soon as we’re safely able to do so.”

We’re sure she will have enjoyed that special time! 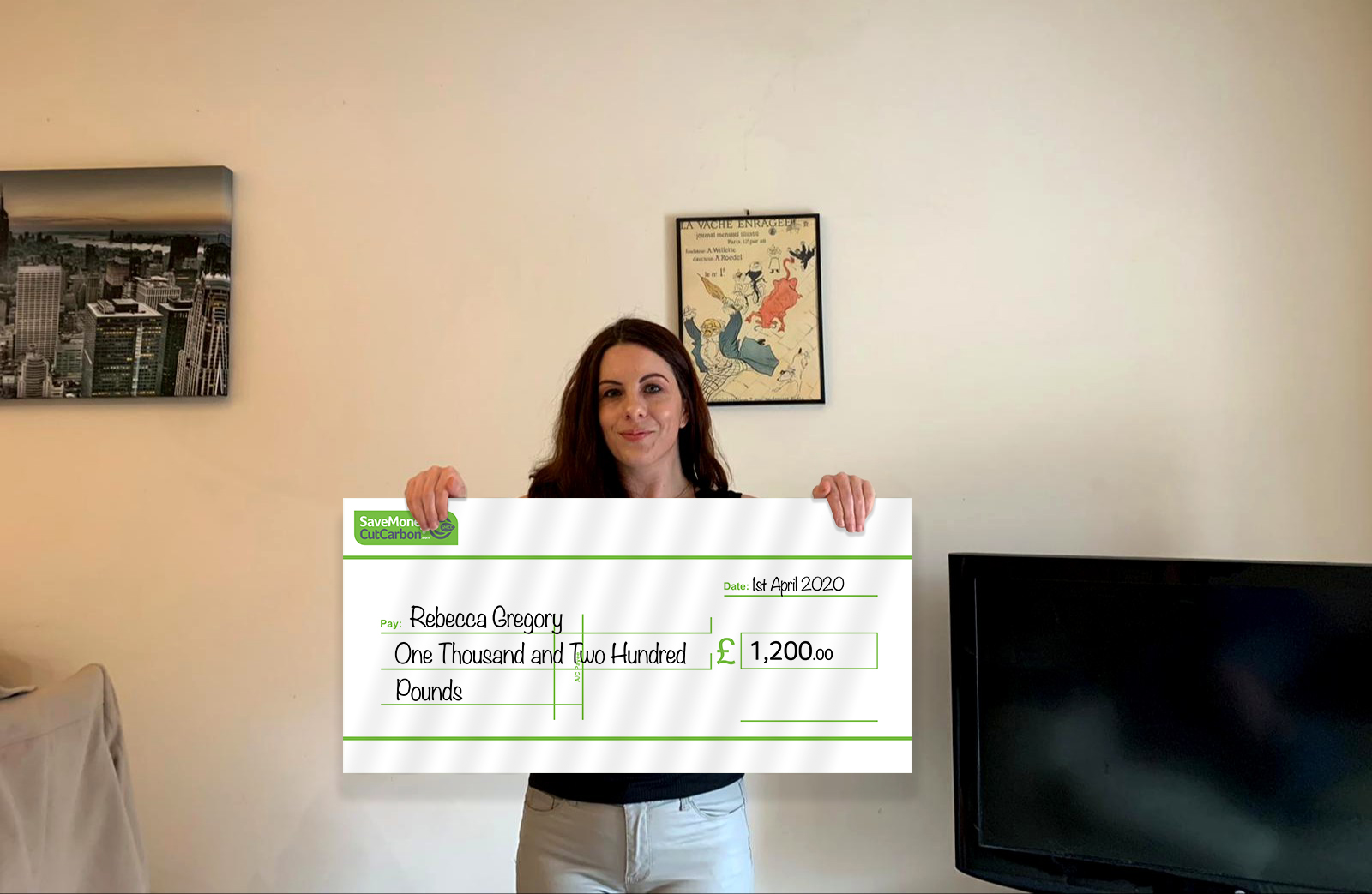 The energy and water survey is a long-term project from SaveMoneyCutCarbon and we plan to run a detailed survey every year over the next five years to help map changing behaviours, habits and views as we all continue the journey towards the government’s goal of lower utility consumption as part of the net zero target.

What we found in the last survey was that people are much more conscious of the need to conserve energy and water, to reduce bills and cut carbon emissions. For instance, more than half of respondents (52%) said that they had invested in LED lighting in their homes, which reduces electricity consumption by up to 80%.

At the same time, though, only 1 in 5 (20%) advised that they had them in every room while a quarter (25.3%) did not have any bill-cutting LEDs. That was a surprise, given 15% of electricity in the home is consumed in lighting.

Another area where energy is heavily used, not surprisingly, is our kitchens. On average, cooking accounts for 13.8% of electricity demand in UK homes, with freezing or cooling food using a further 16.8%.

So, if you put a lid on the pan, it reduces time to boil by around half, but we found that a third (32.3%) of people needlessly using costly energy by not doing this.

The optimum setting for fridges is 5 degrees C, according to the Food Standards Agency tat but often the temperature controller is simply a numerical device with 5 being the coldest and 1 the warmest. More efficient modern fridge-freezers with A+ ratings can be set to minimise energy usage. Our survey showed that 42.6% of respondents set their fridges to 3, with 12.1% preferring 5+ and just over 1 in 10 (11.5%) opting for 2.

There is a similar opportunity to save energy by turning off appliances at night. While the individual savings may be small they contribute to big savings across the country. Around a third (30.2%) of those surveyed charge up to two devices at night, and 1 in 5 (21.9%) charge 1.

Good news is that a quarter of survey respondents (25.8%) said they do not leave any phones, laptop or tablets on charge overnight and just a tiny minority (4.4%) leave 5 or more devices on charge.

At the same time, the vast majority (87.9%) of people do not leave lamps on overnight and over three-quarters (76.6%) avoid using the tumble dryer in the summer.

As the amount of annual sunshine continues to increase, more people are gradually turning to solar panels as a way of reducing energy bills. It’s a small number now but we’re sure it will increase in the next 5-10 years. Among the survey respondents, only 6.2% said they were using rooftop solar panels, but just over two thirds of them (69.7%) had installed these rather than moving in with them already in place.

And electric vehicles (EV) are having an impact on people’s transport choices, in the knowledge that total lifetime cost of EV ownership is cheaper than internal combustion engine vehicles. In the survey, 3.2% of people said they have a hybrid vehicle and 1.2% owning an EV.  Increased interest in EVs has been boosted by the new tax breaks from April 1st.

Take part in the survey now for a chance to cover your energy bills for a year!

Recieved very quick. When a few bulbs weren't in stock they informed me straight away and… Read more

Saved a significant amount on these high quality fixings compared to other online retailers. There was… Read more