You are here: SaveMoneyCutCarbonLearn&Save – OverviewEnergy Saving Habits for the Home
Compare Products

There’s so much technology around your house that’s using energy. From fridge freezers to games consoles, and cookers to laptop chargers – there’s just an onslaught of these energy sucking devices.

But, did you know they’re not what use the most energy in your home?

There’s a staggering amount of energy wasted in homes every single year, most of which can be avoided by adopting good energy habits. In this guide, you’ll find a variety of energy saving habits, all of which are sensible and easy-to-do.

Ah, here it is. The one thing that everyone should do but often fails to do so.

We all know that the most expensive energy is the energy that you don’t use, for example lights on in an empty room.

If you have LED lights (clap from us if you do), then leaving your lights on isn’t going to cost you more than £5-10 a year, but if you’re using outdated technology such as incandescent or halogen then you could be wasting upwards of £50 a year.

So how do we change the bad habit of leaving lights on and how do we make it stick?

A sticker placed on a light switch with a reminder to turn off a switch can be very effective, but it’s hardly pleasing to the eye.

The best method is to get everyone in the house involved and make everyone accountable for leaving the light on. Perhaps if you spot someone leaving a light on in a room, it’s their job to do a certain chore that week.

If you live alone, then focus on rewarding yourself each time you turn the light switch off – perhaps 10p each time to go towards a treat to yourself. Yes, it’s silly but so is leaving the lights on – at least this way ends up in you treating yourself to something rather than purely wasting money.

Everybody knows that one of the easiest ways to reduce energy usage is to make sure appliances are left on standby, with the most common offenders being TVs and games consoles.

In the Smart Home Guide, we’ve provided solutions to the standby issue in the form of Smart Plugs but to save money even faster, the best change you can make is a change to your habit.

A common reason that people avoid turning appliances off at the wall is because they’re not accessible. To help you get in the habit of turning appliances off at the wall, try and layout your rooms so that plugs can be easily reached. Alternatively, if you have an extension lead with switches, then that may be easier to use without needing to change the layout of your rooms too much.

Games consoles use a significant amount of energy when they’re not in use. Consoles such as the PS4 and Xbox One have multiple options in terms of power modes. To reduce your usage you want to make sure you’ve got the settings correct.

To ensure that games are updated and ready to play, the PS4 has a ‘Rest Mode’ which turns off the display and consumes far less power compared to when it’s in use.

To access the settings that manage the PS4’s power modes, go to:

If you want the most energy savings possible, then you should turn the PS4 off at the wall but only if it’s been completely turned off.

Instant on will start up the Xbox One in around 2 seconds and will automatically download any updates when available. Whilst this is a very useful feature, it consumes almost 30x more energy than the energy saving mode.

Energy saving mode will take 45 seconds to turn the Xbox on and won’t perform updates in the background. Whilst this may cause an issue for a gamer who turns their Xbox on to find out they have to wait 3 hours for an update, it will significantly reduce energy usage.

If you want the best energy saving from your Xbox One, then turn it off at the wall but ensure it’s fully switched off and not in instant-on mode.

Phone and laptop chargers consume energy even when there’s no device plugged in. By unplugging them at the wall, you will easily reduce your energy usage as well as prolong the life of the chargers.

Don’t do things by half!

Using appliances such as dishwashers, washing machines and tumble dryers when half full is a quick way to waste energy.

Where possible, use these appliances only when they’re full rather than half empty.

Some appliances have ‘half-load’ settings, so be sure to use this if you can’t avoid a half empty load.

If you have a freezer that builds up frost, i.e. not frost-free, then it’s important to regularly defrost it. There are multiple reasons you should do this, but the main reason in this case is that a freezer with a high amount of frost build-up will not run as efficiently as it can thus costing you money on energy bills.

There should be instructions in your user manual on how to correctly defrost your freezer. This should be an activity that you do at least once a year. However, if your freezer is on its last legs then it may be economical to purchase an energy efficient freezer that’s frost-free.

Energy is required to make hot water, fact. So each time you waste hot water, you’re needing to use more energy to replace that heated water. A few tips to reduce your hot water usage:

Eat at the same time

Households that eat at different times on the day use more electricity than those that eat together. That’s because appliances such as toasters, kettles, ovens and microwaves are all being used multiple times a day.

If it’s possible, try and eat with all members of the household at the same time.

Whilst on the topic of eating, another great energy saving tip is to defrost food in advance of cooking rather than defrosting in the microwave.

Keep your cooker and hob clean

Not only is it hygienic to keep your cooker and hob clean, but it’s also far more energy efficient. 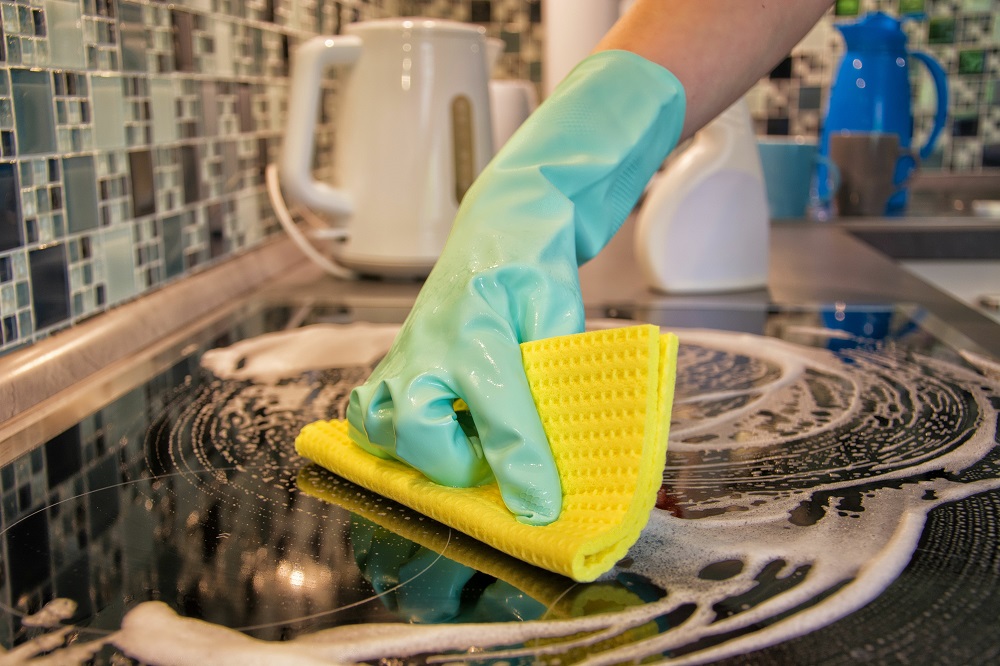 The cleaner your appliances are, the better chance they have to operate in the most effective way.

Regardless of what others say, the size of the saucepans you use is important. Be sure to chose a pan that matches the size of your hob’s heating element to ensure to heat is being wasted.

Clean the back of your fridge

Whilst it can sometimes be a pain to pull the fridge out, you should try and clean the back of the fridge at least 4 times a year. The coils on the back get covered in dust over time, meaning they’re unable to operate at optimum efficiency.

Give them a clean, and your fridge will be able to keep energy bills down.

Dry your clothes outside

Popping clothes into a tumble drier is always going to be the desirable choice when short of time. But you can save a significant amount of energy by drying clothes outside on a washing line (if it’s warm out of course!).