Latest data from the Centre for Retail Research, shows with store closures standing at 1,213 on this year that 18,466 jobs have been lost in UK retail since the start of the year.

There are indeed seismic changes in the UK retail sector. Every store brand, large and small, faces unprecedented disruptive changes as the forces at play reshape our town centres and out-of-town malls.

There are Four Horsemen of the Retail Apocalypse sweeping through the sector, which last year contributed £394 billion to the national economy:

At SaveMoneyCutCarbon, we work with retailers to focus on reducing their utility costs, with maximum efficiency in use of energy and water, taking the pressure off the instinct to cut other experiential costs and squeeze gross profit margins. All this can be funded through our capital-free solutions.

The UK high street has been left with the highest number of empty outlets in five years after 25,700 shops shut in 2019, according to Local Data Company (LDC) review of 3,000 retail centres. 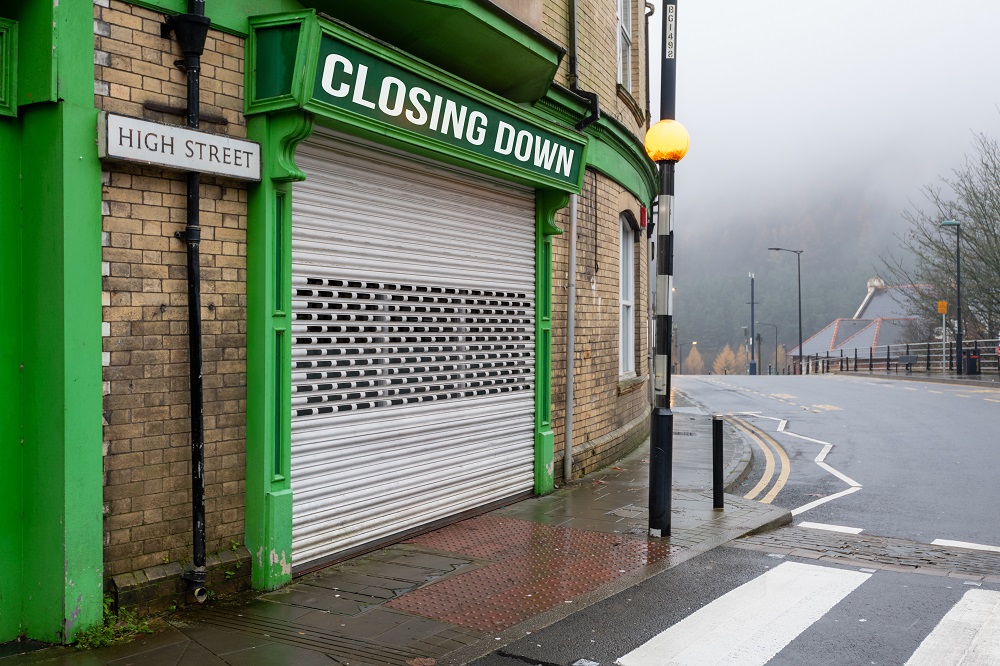 And nearly 12% of shopping locations, including high street stores, shopping centres and retail parks, were empty in the first half of 2019.

Fashion chains were hardest hit with a net decline of 118 stores as chains such as New Look, LK Bennett, and Yorkshire-based menswear specialist Greenwoods either restructured or went bust, according to a study by PwC/LDC.

Debenhams is also a major brand undergoing a rescue restructure that could result in 50 stores closing by the end of 2021.

Others, including New Look and the restaurant chains Byron Burger and Prezzo are staring over the precipice and are greatly reducing the number of outlets, leading to job losses.

It’s often said that the growth of internet shopping is the major cause of high street retail woes, and it is true that online sales have risen three-fold in the last 10 years by 324%.

But we need to bear in mind that just 18.1% of retail purchases in the UK are made online, according to recent figures from the Office for National Statistics (ONS), which strongly suggests that “click compulsion” is not the biggest beast threatening bricks and mortar retail.

A study by A&M and Retail Economics indicates that in the past five years, retail companies have had to spend 10.8% more on costs including wages, rents and business rates. The research points out that while retailers account for around 5% of the British economy they pay about 10% of all business taxes and about 25% of business rates.

Retailers are under the cosh but are many are responding by investigating new technologies and efficiencies to cut energy bills. According to a study by energy supplier E.ON, energy costs are behind only the wholesale cost of goods and business rates in their list of top concerns for 2020.

The study found that 56% of UK retailers expect energy costs to rise in the next year, but that 38% have not yet implemented energy management solutions to improve efficiency, cut consumption and reduce operating costs.

Around a third of retail leaders surveyed (30%) went as far as saying energy costs affected their business competitiveness, rating this pressure higher than paying rent (29%) or insurance (20%).

What is surprising in the study is that less than half of retailers (46%) have installed LED lighting to help reduce energy usage. This extraordinary, sustainable technology has been around for a long time now, with the energy-saving benefits proven time after time. There is usually a rapid return on investment with savings on utility costs that roll on for decades.

And while just over a third of retailers have asked staff to be more energy efficient in the workplace, just 10% of retail brands have upgraded their buildings’ energy management systems or implemented building control strategies. Only 3% have invested in onsite energy generation with the help of their energy supplier.

The reasons for the lack of movement on these cost-cutting initiatives were that perceptions of the upfront cost of these technologies discouraged retailers from action (38%) while around a fifth (21%) believed that they would not see a return on investment.

It’s true that there has also been a shift away from consumers spending money on products and instead using more of their disposable income on experiences and lifestyle.

Research by Mintel shows that British consumers continue to spend on brands and businesses that successfully tap into the Holy Trinity of current consumer behaviour:

With this as a backdrop, the E.ON research highlights that a majority of retailers plan to alter their stores over the next five years in ways that could put further pressure on their energy bills. Three fifths (59%) of respondents said that they would be making their stores less focused on products.

Instead, they are committed to delivering an engaging experience for the consumer that helps to build a connection between the customer and the brand. At the same time, more than half (54%) say they believe doing so will actually increase their energy usage, which makes making energy efficiency or onsite generation much more crucial.

It’s not only energy where retailers must make changes. There is a compelling need to reduce water consumption and take the pressure of rising water bills – with the additional bonus of helping to reduce pressure on the environment.

Retailers can focus on major water savings through installation of:

In the battle for the buyer, retail brand winners will be the most agile and forward-thinking companies that know how to control costs, maximise efficiency energy and other utilities, who know what their consumers want and deliver this, backed by great service and products people want to buy. 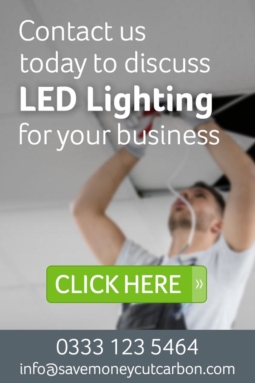