Bamboo is an amazing plant that has thousands of uses across the widest range of commercial sectors, from the auto industry to kitchenware, from construction to agriculture.

We sometimes think of bamboo as a tree but it’s actually a grass that’s robust and prolific. There are over 1,600 species found across the globe which thrive in a wide range of climates from the hot tropics to cold mountain ranges. And they can reach up to 35 metres (115 ft) tall, with a diameter of 30 cm (11 inches).

Versatile and valuable, this woody plant is the fastest growing in the world. With bamboo, you can definitely watch the grass grow – 1 inch every 40 minutes – with some species, more than 910 mm (36 inches) a day.

Bamboo is also a sustainable and ecologically sound crop, compared with timber for example.  About 40 million hectares (99 million acres) of the Earth, mostly in Asia, is covered with bamboo and because it grows densely in clumps, it eases pressure on land as a lot can be grown in relatively small spaces. On average, you can crop around 60 tonnes per hectare, compared with 20 tonnes for most trees, and 2 tonnes for cotton.

Because it’s so versatile and eco-friendly, you’ll find it in a range of products from toothbrushes and kitchen towels to many other everyday uses around the home and office.

Swapping out your plastic toothbrush for a bamboo version that decomposes quickly and naturally when recycled is a great benefit for the planet. We may not all follow the advice of dentists to replace our toothbrush every three months, but if we did, that would mean 264 millions lumps of plastic going into landfill every year. It’s worse in the US where around 850 million to 1 billion standard toothbrushes are discarded annually. 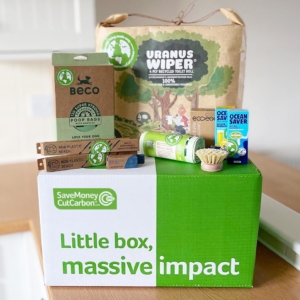 Good for the planet

Bamboo is a sustainable alternative to wood timber for the construction sector and cellulose fibre for the textile industry. Communities can develop plantations that can be selectively harvested every year without complete destruction of the plant source, because when bamboo is cropped, it produces more shoots and will be ripe for harvest again in as little as a year.

This cool grass generates up to 35% more oxygen than equivalent strands of trees and helps to absorb climate-heating CO2. A single hectare sequesters 62 tonnes of carbon dioxide a year, compared with 15 tonnes that a young timber forest can absorb.

Bamboo plantations rarely need irrigation so there is much less pressure on increasingly scarce water supplies. It’s tough and enduring with water-efficiency twice that of trees, so it’s able to adapt to extreme weather conditions like high temperatures, droughts and floods.

Another great benefit as a commercial crop is that it’s kinder to soil than other crops like cotton, which can provoke soil erosion. Bamboo has an extensive root system that is not uprooted at harvest time, which knits the soil together and reduces rain run-off.

From cutlery to chopping boards, plates and steamers, bamboo can be transformed into almost any useful kitchen product. Cups and saucers, spoons and ladles can all be made from bamboo and you can replace your wasteful paper kitchen towels with bamboo towels that can be reused many times. Bamboo kitchen products are long-lasting and have natural antibacterial qualities to prevent mould.

In many Asian cultures, the empty hollow in the stalks of larger bamboo is often used to cook food. Soups are boiled and rice is cooked in the hollows of fresh stalks of bamboo directly over a flame. Cooking food in bamboo is said to give the food a subtle but distinctive taste

Bamboo fibre is biodegradable. So, for example, old clothing made from bamboo can be composted and disposed of in an organic and environmentally friendly way.

Different technologies have been developed so that bamboo fibre can be used to make a wide range of textile products apart from clothes and the yarn can also be blended with other textile fibres like  hemp.

In homes around the globe, bamboo is commonly used for furniture, flooring, doors, window frames and blinds, chosen for it structural strength, lightness and resistance to humidity.

Bamboo’s strength-to-weight ratio is similar to timber and its strength is generally similar to a strong softwood or hardwood timber. You’ll see it being used for scaffolding in some countries and it’s still used in skyscraper construction projects in Hong Kong, although mainland China has banned use for buildings over six stories.

In construction projects, bamboo is used for building and reinforcing roads while bamboo bridges have also been built in China that can support trucks weighing up to 16 tonnes.

Bamboo shoots are cut from the bamboo plant when they’re about 15cm long and are widely used to bulk out stir-fries, soups and other dishes. They have a mild flavour with a crunchy texture and you can eat them fresh, pickled and fermented.

Drinks made from different parts of bamboo have long been a staple in South-East and beer producers use it in Latin America and Mexico, while steamed tea is pressed into bamboo hollows to produce compressed forms of Pu-erh, a healthy fermented tea.

In Laos, Myanmar, Thailand and China the larvae of the bamboo boring moth (Omphisa fuscidentalis) feed off bamboo pulp and these caterpillars are a local delicacy.

And of course, the giant panda of China relies on soft bamboo shoots, stems and leaves as its main food source, as do the red panda of Nepal, and the Madagascan bamboo lemur.

Mountain gorillas in Central Africa also feed on bamboo and they have been observed drinking bamboo sap which was fermented and alcoholic. Chimpanzees and elephants in the region also eat the stalks.

Even More Capabilities of Bamboo

According to reports in a small village in Indonesia, water from the culm (the side branches) is used effectively to treat bone diseases.

Bamboo leaves are beneficial in treating dizziness and insomnia and in China, black bamboo shoot derivatives help treat kidney diseases. Roots and leaves have also been used to treat venereal diseases and cancer.

Bamboo has been valued for thousands of years for its versatility, strength and endurance. Its light impact on the environment, low cost and sustainable character make it a resource worth nurturing and supporting, not least by choosing bamboo products whenever possible.

Bring more sustainability into your life with our sustainable living range 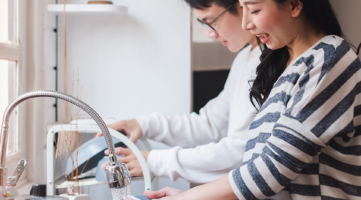 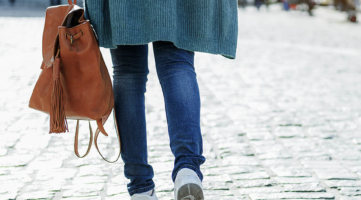 Whether it’s an office lunch, picnic or a weekly shop say goodbye to single-use plastic

Whether it’s an office lunch, picnic or a weekly shop say goodbye to single-use plastic