There are so many ways that we benefit the environment when we choose a bamboo toothbrush instead of one made from plastic.

Unlike plastic, bamboo is a natural material that not only renewable and sustainable but also fully biodegradable.

The charge list against plastic toothbrushes is quite extensive but before we get into that, let’s look on the bright side with bamboo products. Take, for example, the Non Plastic Beach Biodegradable Bamboo Toothbrush. This British-designed bamboo toothbrush is so eco-friendly and manages that tricky balance between being sustainable and highly effective.

Currently, there are few 100% organic toothbrushes that really do the job of cleaning your teeth effectively. That’s why the Non-Plastic Beach toothbrush uses BPA-free nylon bristles, which are a vegan-friendly alternative.

BPA is a chemical often used in plastics manufacturing processes and can seep into drinks, with the potential of increased risk of health problems like increased blood pressure, heart disease and impaired brain development in children.

Non Plastic Beach Biodegradable Bamboo Toothbrush still has 95%+ less plastic than any mainstream toothbrush. And the bamboo it’s made from is grown in China.

It’s worth remembering that bamboo is a prolific and robust plant, although we sometimes call it a tree. There are more 1,600 species which thrive in a wide range of climates from the hot tropics to cold mountain ranges. And they can reach up to 35 metres (115 ft) tall, with a diameter of 30 cm (11 inches).

Bamboo is the fastest-growing, adaptable grass on the planet, with some species able to grow 1 inch every 40 minutes – more than 36 inches (910 mm) in a day. 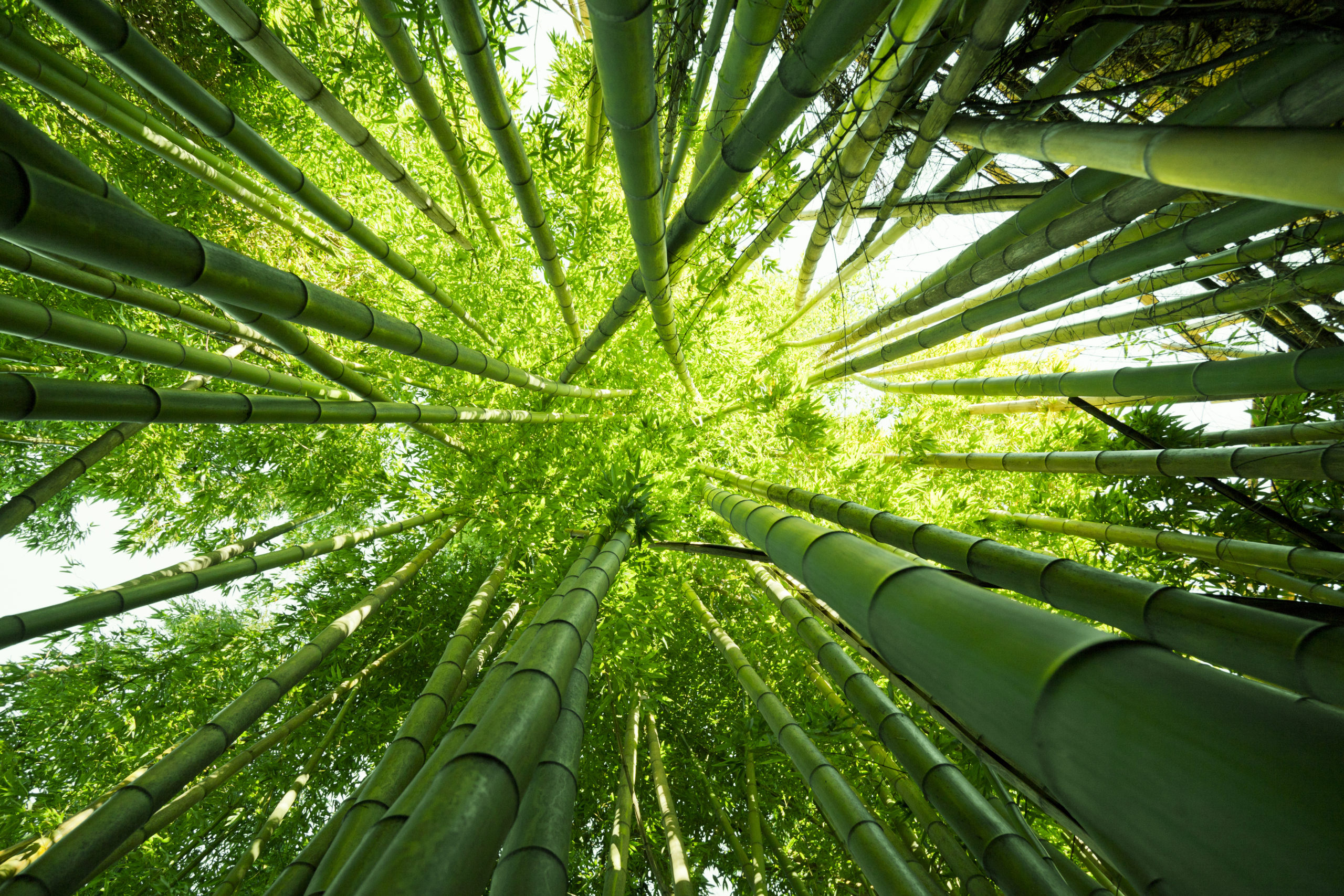 And if you compare it with timber, bamboo is a highly sustainable and ecologically beneficial crop.  Around the world, roughly 40 million hectares (99 million acres) is covered with bamboo – in Asia mainly. It grows densely in clumps so can be grown in relatively small spaces which takes the strain off the need for land. On average, you can crop around 60 tonnes per hectare, compared with 20 tonnes for most trees, and just 2 tonnes for cotton.

As an intensive commercial crop it’s also kinder to soil than other crops such as cotton, which can be responsible for significant and serious soil erosion. The extensive root system stays in the ground at harvest time so it binds the soil well and reduces rain run-off.

It’s a wonderful grass that generates up to 35% more oxygen than equivalent stands of trees and helps to absorb climate-heating CO2. A single hectare sequesters 62 tonnes of carbon dioxide a year, compared with 15 tonnes that a young timber forest can absorb.

Bamboo is also better for water management, an increasingly scarce resource. Plantations rarely need irrigation as the plant is robust and well adapted, with water-efficiency twice that of trees, so it’s able to cope with extreme weather conditions – droughts, floods and high temperatures.

Naturally, bamboo is a biodegradable material. If you just put bamboo in your garden it can take 5-10 years to decompose but when it’s composted, it will take only around 4-6 months break down completely,

Bamboo is also naturally antimicrobial, so helps to prevent the growth of bacteria on your toothbrush. And because of its antiseptic properties, farmers don’t need to use pesticides or chemicals 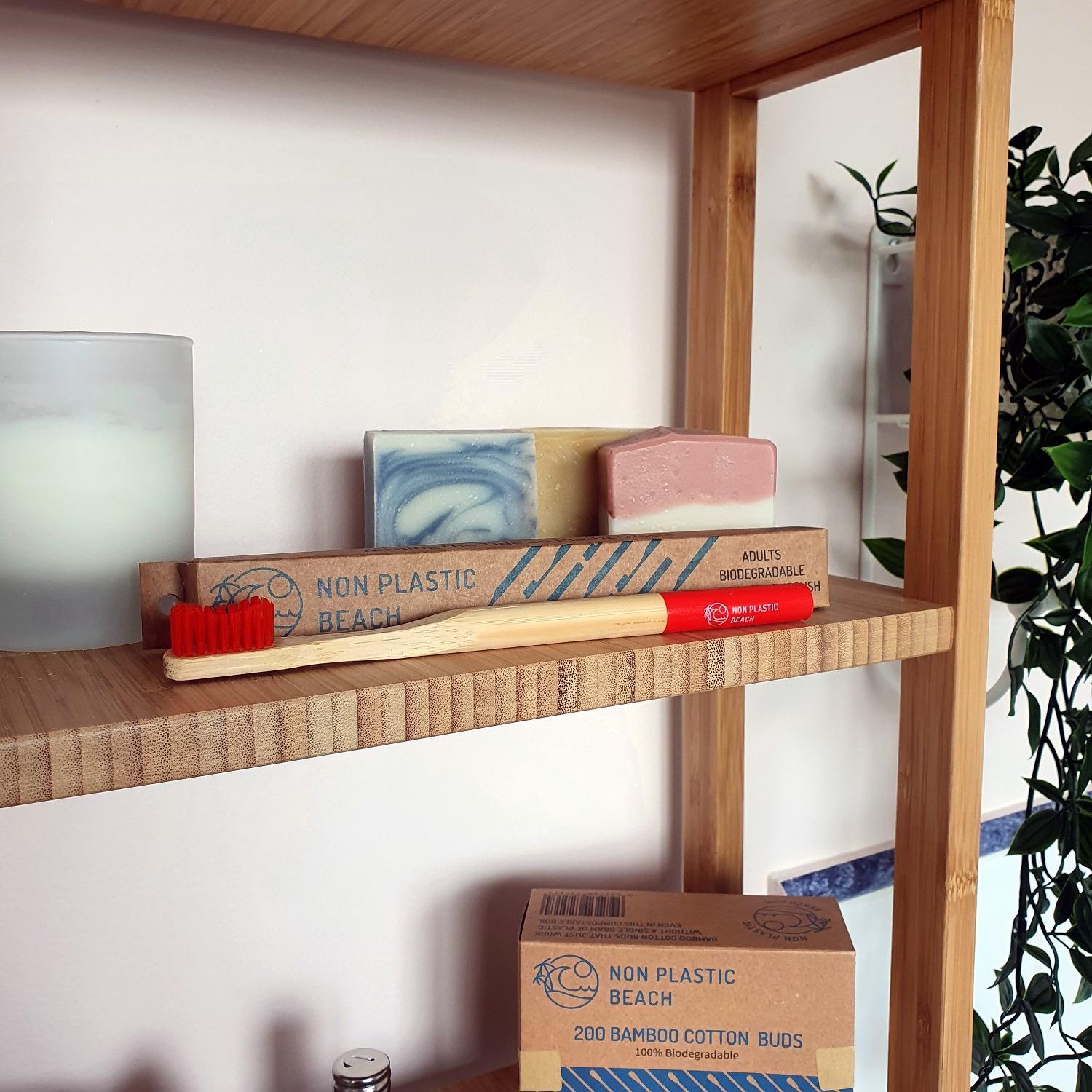 So, let’s get to the reasons why plastic toothbrushes are such a bad choice for the planet, your family and you.

Plastic toothbrushes are manufactured with polypropylene handles and nylon bristles, both produced using non-renewable fossil fuels. The reason we used to love them so much was that they are really tough, practically indestructible and economical to make. But that’s the problem – they hang around like a very bad smell for a very, very long time.

Right now, the plastic toothbrushes we used as very young kids are out there, polluting landfill, the rivers and oceans.

If we follow guidelines from dentists and change our toothbrushes every three months, then that might mean as many as 23 billion toothbrushes would get thrown away every year globally, according to the National Geographic.

If these billions of brushes are washed out to sea or drift onto our beaches, they can be eaten by birds and other marine life, with potentially deadly effects.

Natalie Fee, founder of plastic pollution campaign group City To Sea shares why she switched from plastic to bamboo toothbrushes.

“Four years ago I saw a photo of a toothbrush inside the belly of an albatross chick and stopped using plastic toothbrushes. I’d never really thought about where they end up and I was horrified to think that they could end up in our oceans.”

The reason why billions of plastic toothbrushes end in our marine environments is because most are not recyclable. The composite plastics are nearly impossible to break apart and the small parts get stuck in recycling machinery. 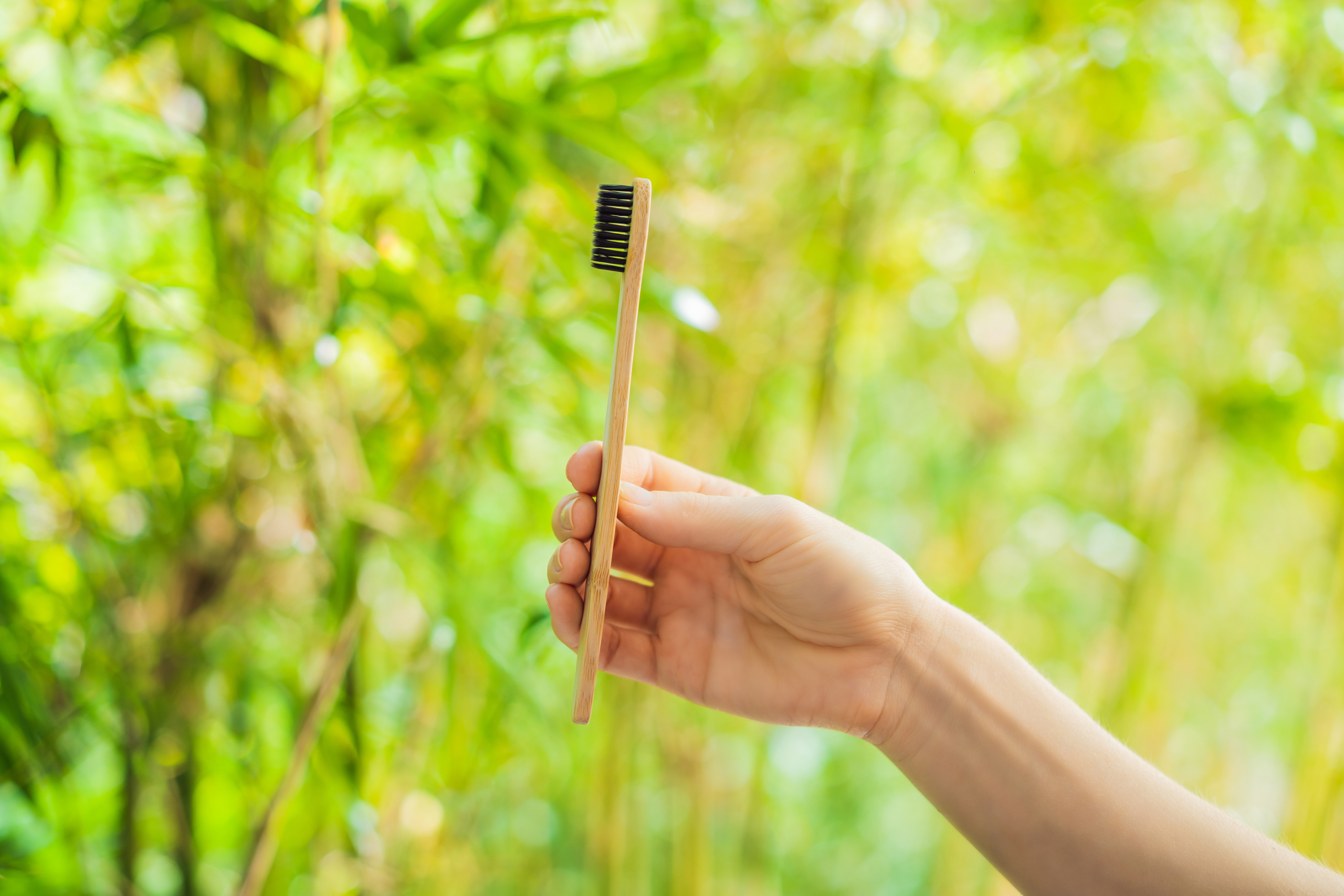 Biodegradable or bio-based plastics also are not necessarily better for the planet than traditional plastic toothbrushes. Actually, they don’t break down that well and the raw materials as well as production process mean they have negative eco footprints as well.

Emissions from plastics in 2015 were equivalent to nearly 1.8 billion metric tons of CO2. It is estimated that global demand for plastics will increase by 22% over the next five years and emissions will reach 17% of global carbon budget by 2050, according to the research by the University of California – Santa Barbara.

So, for many reasons it’s a good move to switch to bamboo now and make sure the remainder of the 300 toothbrushes we will use in our lifetimes on average are environmentally friendly, effective and healthy.