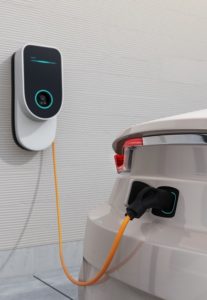 The Department for Transport announced yesterday a proposal that would see all newly built homes in the UK fitted with electric vehicle chargepoints.

The proposal is part of the UK government’s strategy to facilitate the mass-adoption of electric vehicles here in the UK.

For new homes that don’t have a dedicated parking space and may require parking on the street, the government has also suggested fitting chargers to lampposts. Last week, the government invested £40 million into research projects that included wireless charge points, and charge points that rise up from the pavement.

If the proposal is successful, then the legislation would be a world first and will complement wider investment and measures the government has put in place to ensure the UK has one of the best electric vehicle infrastructure networks in the world – as part of the £1.5 billion Road to Zero Strategy.

This isn’t the first initiative the UK government has launched to encourage the adoption of EV. There is a home charger grant available that will provide up to £500 off the cost of installing a charge point at home. According to the government, this scheme has helped the installation of almost 100,000 domestic charge points.