A crisp packet from 1996 has washed up on Brighton beach, a chilling reminder of the need to ditch single-use plastics.

The 24-year-old Walkers packet was found on the pebble beach on the east side of the resort town by sea swimmers Paul Smith and Kate Lancaster when they went for a Sunday morning dip.

The cheese and onion flavour packet was still intact, and showed an expiry date of October 1996, according to a report in the Brighton Argus. Paul Smith said that the find was “incredible” but worrying.

“When Kate showed me the date I was shocked it was still usable,” the Brighton Swimming School owner said. It looked like I could’ve bought it yesterday. It’s incredible someone in their teenage years could have thrown this in the sea. They’d be in their forties now. What it shows is rubbish doesn’t just go away. There’s a good chance it will outlive you.”

He is planning to put it on display at Brighton Swimming Centre to highlight the importance of keeping beaches clean.

“It’ll be a reminder to the children how important it is not to throw things away. It makes you worry about the future and how much rubbish there really is in the sea. What this shows is packaging has got to be made in a way that’s biodegradable. I’m hopeful after Covid more green policies are introduced.”

While there are now plastic packet recycling schemes dotted around the UK, the move to compostable and fast biodegradable alternatives is urgently needed. Everyone can also play their part in reducing single-use plastic. 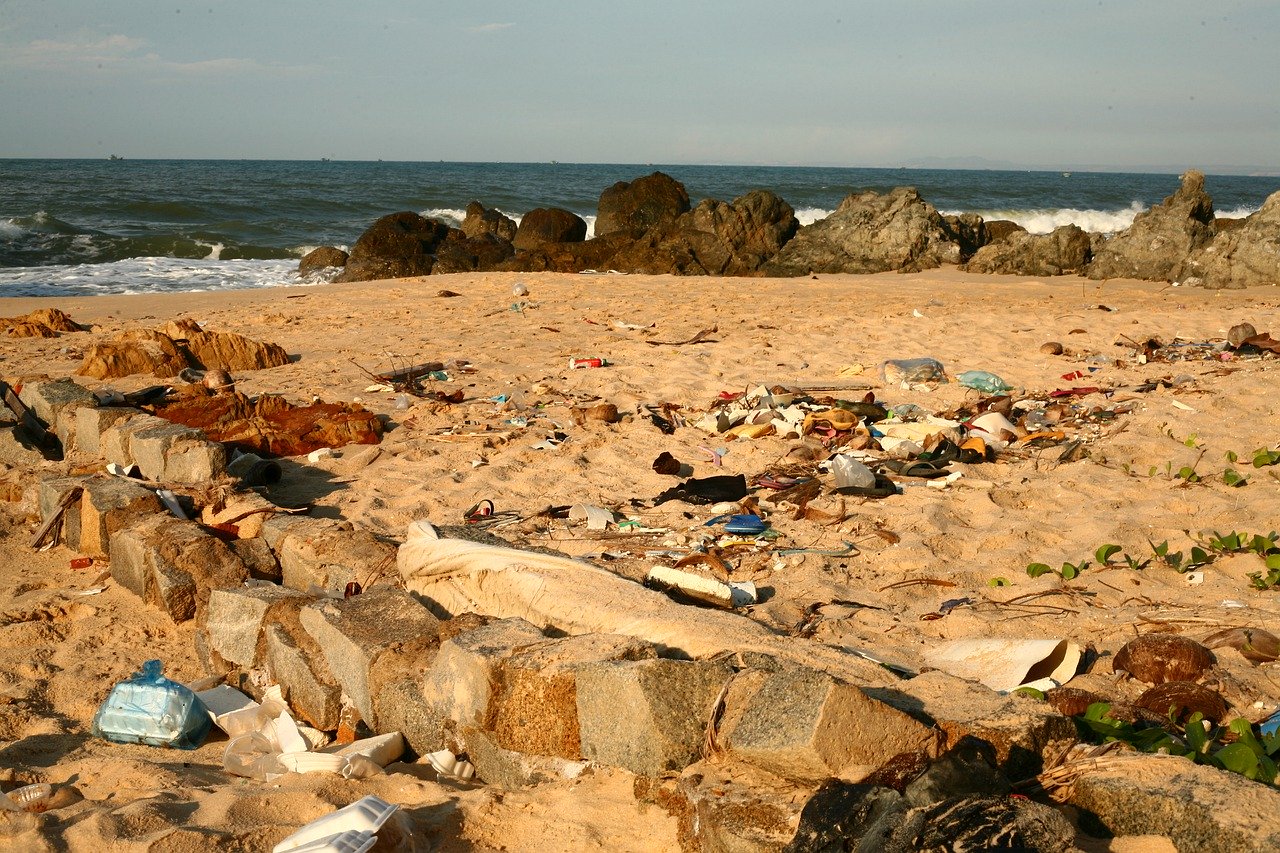 At SaveMoneyCutCarbon, we have a range of planet-friendly alternatives to plastic in our Sustainable Living range, which not only reduce the damage to the oceans and land but can also work out cheaper.

And as the spokesman for Brighton Surfers Against Sewage Andrew Coleman says, the discovery of an old crisp packet is actually not that unusual but it is incredibly sad.

“If you throw away a crisp packet it’s likely to be around for 100 to 300 years. We call it retro rubbish. It’s a sad indictment of our throwaway culture. Our message would be to always dispose of your rubbish properly.”

We are all increasingly aware, that there is a plastic pollution crisis with 8 million tonnes of plastics working their way into  the oceans, joining an estimated 150 million tonnes currently in marine environments.

“There can scarcely be a better advert for banning single-use plastic. For every bag washed up on the beach, there must be thousands polluting our seas and endangering marine life. It’s outrageous that not only has the Government dragged its feet on ending plastic pollution, it has even delayed the ban on plastic straws, stirrers and cotton buds for six months.”

“We share concerns about litter found on our beaches and want to help build a system where plastic never becomes waste. Our ultimate goal is for people to be able to put all types of flexible packaging into their home recycling bin. People across the UK can recycle their crisp packets through the Walkers recycling scheme.”

The move away from harmful plastics is rapidly gathering pace as people find other products. It’s great to find guilt-free ways to live more sustainably. For example, you can choose compostable waste sacks and caddy liners made from natural vegetable starch that are as strong as plastic versions.

Both the Beeswax Wrap Co. Lunch Pack and Kitchen Pack also use local UK beeswax, which means you will be contributing to a reduction in carbon by supporting UK manufacturing, in turn reducing your carbon footprint.

Pet owners can make a big difference to a safer environment by using compostable poop bags. The Beco Pets people have also designed an eco-friendly dispenser as a great safe alternative to plastic versions. There is also a degradable poop bag option for you to try.

You and your pet can also take the strain off the planet’s wellbeing by choosing natural cat bowls and dog bowls, made from bamboo, cornstarch and rice husks.

Easy, simple, sustainable options for a better life that’s kinder to the planet.

Live sustainably with our range of everyday sustainable products