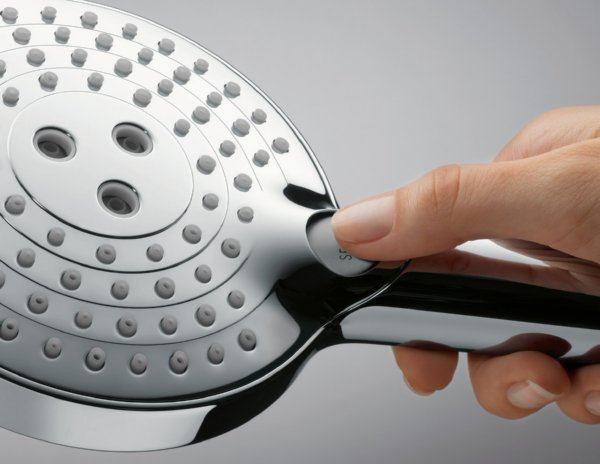 Partner hansgrohe has just announced successes with its EcoSmart Check Package, proving that hotels can reduce costs, water and energy use without compromise.

The full press release is below, where our work with Puma Hotels, using hansgrohe technology is highlighted. At SaveMoneyCutCarbon, we’re delighted to be working with the premier producer of best designed solutions for the hospitality sector, consumers and all organisations who want to cut utility bills and carbon footprint.

Proving that hotels can reduce costs, water and energy use without compromise

Esher, November 2013. For over thirty years, leading international bathroom specialist, hansgrohe, has been at the forefront of developing EcoSmart showers, mixers and thermostatic controls which ensure that no compromise in design, quality or enjoyment is required in order to save water and energy in the bathroom.

In the face of rising utility bills and a growing global eco-conscience among consumers, nowhere is this idea more important than in the hospitality sector where indulgent spas and luxurious hotel bathrooms are seen as core to an enjoyable experience by guests.

With this in mind, in May 2012, hansgrohe developed a unique solution to take to the hotel market – the EcoSmart Check Package, which in 2013 is continuing to enjoy success and help the hospitality industry to save water

EcoSmart Check Package launched in May 2012

hansgrohe developed its EcoSmart Check Package specifically for the hotel industry and launched it at the Greenbuild EXPO in Manchester in May 2012. This has been in use effectively since to calculate individual water and energy consumption and potential savings. Neatly boxed, the clever kit includes a special measuring cup, two hansgrohe jet formers, the Crometta 85 Green hand shower and a comprehensive information brochure. The results are fed into hansgrohe’s online savings calculator to provide an overview for the entire hotel, taking specific factors into account such as room occupancy.

There have been several successful case studies, the latest of which is the Puma Hotels’ Collection, with hansgrohe working in partnership with SaveMoneyCutCarbon. The project began at the end of 2012 when an audit was carried out across the 21 UK hotel properties to establish existing flow rates for showers and at hand basins in guest rooms, leisure clubs and public areas. The resulting data was modelled from which it became clear that savings could be made by retro fitting EcoSmart water-saving technology from hansgrohe, adjusting flow rates to optimum levels without affecting guest satisfaction. With obvious savings both in water, waste and the energy used to heat the water and assured carbon reductions, an investment decision could be made, based on clear payback in under 12 months. This was to choose a range of shower heads from hansgrohe as the new standard for the hotel which would also enhance the bathrooms, giving a fresh and modern look.

Mark Sait, managing director, SaveMoneyCutCarbon: adds: “We found that some hotel showers in the Puma Hotel guest rooms were running at in excess of 20 litres per minute. The hansgrohe EcoSmart shower head ensures a minimum of 50 per cent less water use, with no effect on the shower experience. It is also guaranteed for five years, which gives large groups like Puma Hotels’ Collection additional peace of mind.

The average tap flow across the Puma estate was 18 litres per minute and we have reduced this to 5 litres per minute.” With no reduction in guest satisfaction, Puma Hotels are delighted to report business case projections for savings of £58,000 in the next year on water consumption reductions and £24,000 on energy. Treating water as a precious resource has been central to the hansgrohe philosophy for over thirty years and through an ongoing focus on product development, many best-selling models from the Raindance and Croma shower families are offered in both standard and EcoSmart versions.

The EcoSmart versions have exactly the same design, but incorporate industry leading water-saving technology to reduce consumption by around half from 18 litres per minute to 9. This is achieved through a combination of devised flow regulation and air-injection which works irrespective of the water pressure. hansgrohe basin mixers are also fitted as standard with aerators which limit water flow to 5 litres per minute compared with the average 13.

This includes mixers from the Axor brand from world class designers including Philippe Starck, Antonio Citterio and Ronan & Erwan Bouroullec, proving that design, quality and enjoyment do not have to be compromised in order to save water and energy in hotel bathrooms. Call SaveMoneyCutCarbon on 0845 123 5464 to find out more about how you can cut your energy bills and carbon footprint or email us to start the conversation.

Great Mix Of Value And Quality